The St Anton 2011 crew in a minibus and a car (cheers Glyn) rolled out of St Anton in the dark yesterday for the exam day of the Anwarter Ski Instructor  Course. It was a 07.45 start in Fiss for the theory exam followed by 3 different practical ski exams.

The guys were all numbered up with “Aussie” Craig the first to go of the Peak Leaders  entries in the total of 130 taking the exams. Last of the Peak Leaders crew to go was “where is” Rob who drew number 13 vest (numbers went down in the running order) it was lucky 13 for him!

Once all the 3 exams were completed it was a long wait until the results were announced.
100% PASS RATE on the 3 practical exams for the Peak Leaders Trainees.

Then followed the usual celebratory Austrian Apres scene….. disco dancing  in ski boots at  4 pm in the afternoon …… along with trampolining (once the guys had cleared the fresh powder off).

For the next 3 days the group are skiing with mountain guides and fresh snow is forecast…. excellent! 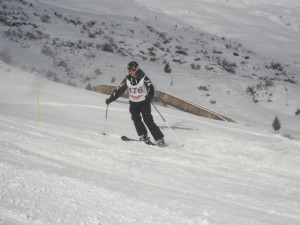 Carl in the funnel exam 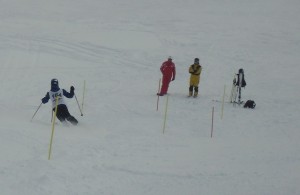 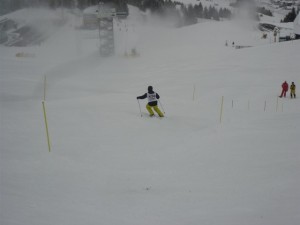 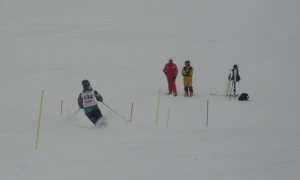 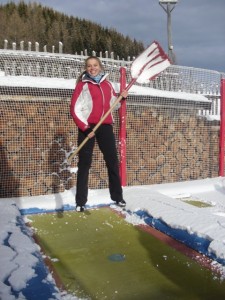 Jes going up or down? 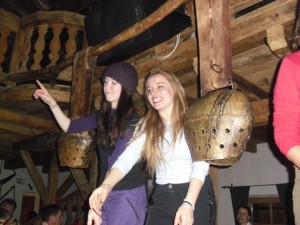 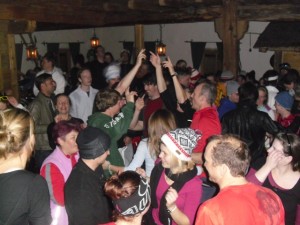 “put your hand up in the air”