10 Best Things To Do In San Carlos De Bariloche!

Argentina is probably the coolest place you’ll ever visit. It’s nothing like you’d imagine; a complete mix of European culture and Latin American flair. I’d go as far as saying it’s juxtaposed; a country of impossible contradictions that seem to run in harmony. One minute you could be walking in what appears to be downtown Madrid or Paris, the next minute you’ll be walking through what resembles the favela’s of Rio. Further proof of this is that Argentineans are ridiculously laid back and relaxed but will party louder and later than any other nation on the face of the earth.

For this reason Argentina has always been an exciting and interesting place for Peak Leaders to offer an instructor training course. We’ve been sending large groups of trainee instructors down to San Carlos De Bariloche for 12 years now and without sounding like we’re boasting we feel as though we have got our course dialled down there. It’s fair to say Peak Leaders have become part of the furniture down in Bariloche so we know as well as the locals what is worth doing and what is worth avoiding. Below is a list of the 10 things we wouldn’t miss doing in Bariloche.

10) Drink Mate with the locals

Maté (pronounced ‘Mattay’) is a native South American drink made by adding hot water to the dried leaves of the Yerba Maté plant. All Argentineans no matter what age or social background drink the stuff; its use is woven into the fabric of Argentinesociety. In Argentina people drink Maté as frequently as you or I would drink tea or coffee, nevertheless the consumption of Maté is a social ritual with many unwritten rules and faux-pas. If you are offered a Maté you should feel honoured because an Argentinean will only offer it to you if they consider you a friend.

It’s no secret that San Carlos De Bariloche is a bit of a party town; some say it’s Ibiza in the snow. Although there are a number of huge superclubs, namely Rocket and Pacha, you can get away from the expensive drinks, dodgy music and pricey cover charges. La Cantina is where the locals go to chill and let loose; drinks are cheap, the playlist is fun and eclectic, the vibe is great and you won’t leave wondering if you’ve got enough money in your wallet for the taxi ride home. 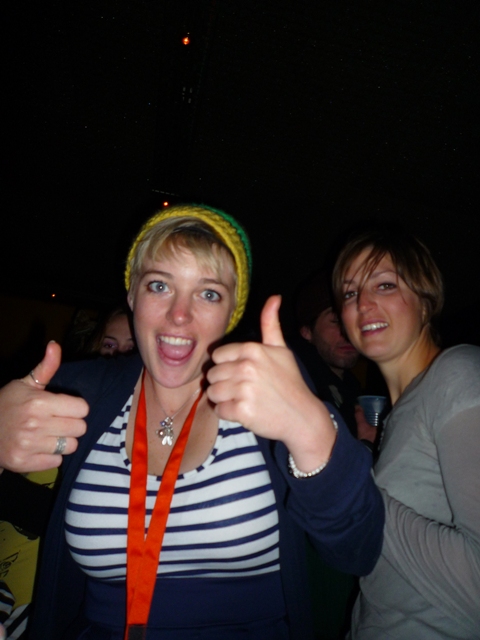 8) Try your feet at the Tango

Let’s face it most of us have two left feet when it comes to strutting out stuff on the dance floor. If you’re anything like me you’d cringe at the idea of being forced to dance to strange music that you won’t even find hidden in the darkest depths of your parents’ cassette collection. Nevertheless there’s definitely something very refreshing and liberating about releasing those inhibitions and insecurities through the medium of dance. At the end of the day nobody’s a ‘natural’ at the Tango, it takes years of practice and public humiliation before you can master this latino art form. It doesn’t really matter if your dancing more closely resembles the Zorba than the Tango. During our ski and snowboard instructor course we organise a Tango session with a local band and Tango dancers because although it always looks remarkably clumsy and awkward it’s actually a lot of fun.

7) Have a beer at a local micro brewery

We all know that micro breweries are just an excuse for men to have a ‘legitimate’ interest in beer. Similarly to the Canadians and Californians the Patagonians like brewing their own beer and although it’s considerably more expensive than a bottle of Quilmes it’s surprisingly popular. So if you fancy spending an evening drinking the local ale whilst mingling with the locals there’s no better way than visiting a micro brewery.  If you’re worried about the obvious preconceptions then don’t be because these pubs aren’t full of old men and tumbleweed; the Anartes brewery in the centre of town is very lively and offers a taster menu so that you can try each of their beers. 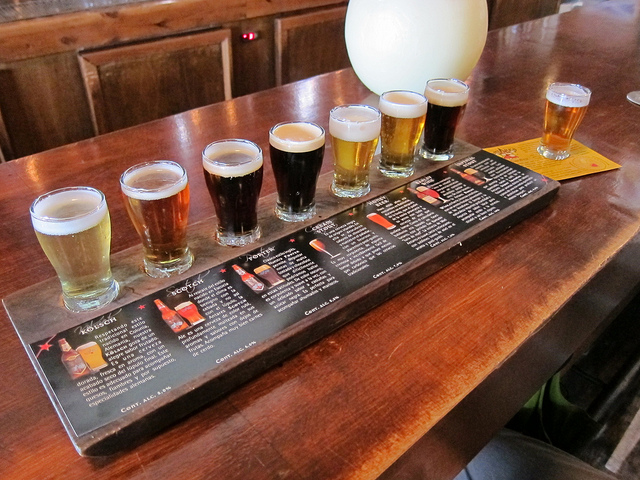 The full spectrum of beer

Cerro Catedral is home to the Worlds largest bird of prey, the Condor. Not only do Condors live in Cerro Catedral’s rocky spires but they thrive, living in harmony with the wayward skiers and dodgy ski lifts. If you want to see these magnificent creatures, which have a wingspan significantly wider than a four person lift and closely resemble a Pterodactyl, living in the wild settings don’t get any more awe-inspiring than Cerro Catedral. The best view of these magnificent birds is either from the top of Militaires chairlift looking west towards Piedra Del Condor or looking east up towards the rocky spine as you ski/board down La Laguna.

Big Bird from Sesame Street ain’t got nothing on this guy!

Gaucho is the South American name for a cowboy and an Asado is an Argentine BBQ. Gauchos are the guys responsible for rearing and wrangling the cattle which grazes all over Argentina’s amazing landscape. Gaucho’s live off of the land and consequently knowbetter than anybody how to cook beef over an open fire. If you thought an Australian or North American BBQ was pretty special then you’re in for a shock because the Argie’s do it the best! So what can you expect to eat at an Asado? Unsurprisingly lots of amazing cuts of steak, some Chorizo (spicy sausage) and Morcillas (Argentine black pudding) and lots and lots of Chimichuri which is a local condiment. Peak Leaders always organise one or two authentic Asados for our trainees; normally cooked by local Gauchos.

If you had a BBQ like this back home you’d probably be arrested or in the local paper!

4) Ride horseback through the foothills of the Andes

The scenery around Bariloche is breathtaking and other than strapping on a pair of skis or a snowboard the best way to see it is on horseback. Peak Leaders trainees travel north to a ranch that sits in a narrow valley literally in the middle of nowhere. Fittingly the locals call this area Gaucho country. Although you can’t help but feel sorry for the poor horse it can be a surprisingly relaxing way to see the beautiful landscape.

Views don’t get much better than this!

El Boliche De Alberto (Alberto’s for short) is the most highly regarded steak restaurant in San Carlos De Bariloche and for good reason. Alberto has been running the restaurant for almost thirty years and in that time it’s become ‘the’ restaurant for locals and tourists to visit. You know a restaurant is good when the locals are found queuing for a table. If you’re a vegetarian then I’m sure there are more suitable restaurants in Bariloche but if you like a good steak then it doesn’t come any better than the steak on offer at Alberto’s. Alberto’s also has one of the most distinguished wine lists in Bariloche; some vintages of Argentinean Malbec and Pinot Noir are among the most highly regarded on the planet. It’sprobably a good idea to book your table a couple of days in advance to avoid disappointment.

Alberto is more popular than Maradona in Bariloche….and probably a better cook!

2) Have a night on the town in Buenos Aires

– Get a taxi everywhere; they’re cheap and Buenos Aires is a massive city.

– Make sure you have a siesta the afternoon before!

– Don’t leave for your restaurant of choice until around 10pm.

– Don’t leave for a nightclub before 2am.

– Write down the address for your hotel! 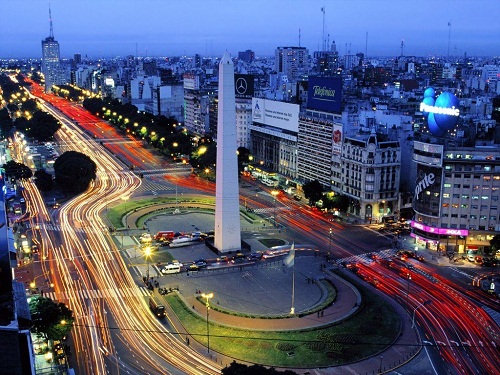 Buenos Aires…..not to be confused with Washington DC.

1) A day of shredding Powder at Cerro Cathedral

When the snow conditions are good at Cerro Catedral it’s an unbelievable place to ride; there is so much varied terrain from steep rocky faces to pillow lines through the trees and bamboo. The middle of August is when the biggest snowstorms visit Cerro Catedral. Due to Cerro Catedral’s position on the eastern edge of the Andes it seems to get more snowfall than many of the surrounding ski resorts so it’s not uncommon for it to snow heavily for up to a week solidly. Although some of the lifts may close on occasion due to very heavy snowfall and high winds, when the lifts do open you’ll have untracked powder to ride for days on end! Due to the inherent risks of riding powder all Peak Leaders trainees on the Bariloche course receive a days training on Avalanche safety and are taken to some amazing faces by local guides to shred the fresh stuff!

So if you want to visit one of the coolest places on earth and take your skiing to the next level (in time for the next Northern hemisphere winter), then just click here and get in touch…
BARILOCHE

But if you want to start training a bit later, check out our courses in Saas Fee and Verbier, as well as Banff in Canada:

CHOOSE YOUR NEXT ADVENTURE: