Peak Leaders first met Charlotte back in 2009 when she joined us on our Argentina course. Charlotte, or Shaunie as she was affectionately known because of long red locks (aka Shaun White), was already a very solid skier with three seasons spent shredding the slopes of Val D’Isere. From the outset it was clear that this was a girl that could ski and wanted nothing more than to teach and learn about the sport she loved.

Today Shaunie works at an international ski school in Nendaz where she has developed a really good client base and in her spare time is working towards her BASI level 3 (ISIA).  To be honest it’s only a matter of time until this girl is a certified BASI trainer earning good money in France, so we’re really proud that Peak Leaders had such a positive influence on her life!

When and where did you do your Peak Leaders course?

Did you have a good time doing it?

I had the best time! To be honest I didn’t know what to expect going into it, but the whole 9 weeks were brilliant fun! Bariloche is an awesome place; we had some pretty good nights out! The skiing was also really good fun; there was loads of interesting terrain to explore at Cerro Catedral, with a bunch of people who also enjoyed skiing and snowboarding as much as I do. It was really cool.

The people on the course were good fun. They were from all over the place but all had the same love for skiing. I met some really good/crazy friends out there who helped to make the 9 weeks great fun!

The skiing was the best for me because the area was real cool; nice tree skiing and even some bamboo to ski in! The trainers were brilliant they improved everybody’s skiing so much and it was nice to be pushed. We did some pretty cool little trips as well; going out in to the Patagonian wilderness on horseback for the day was an experience!! Also the food was insane, well not for vegetarians, but ‘us’ carnivores had so much beautiful steak!!

Despite her natural skiing ability Shaunie likes to learn some things the hard way!

What were you intending to do with your instructor qualifications before you started the course? Did you really want to be an instructor or was it a bit of fun?

I had worked for 3 winters in Val D’Isere prior to the course, and from those winters I knew that I wanted a career in the ski industry. I wanted to use my passion for skiing and thought there was no better way to do this than to pass my knowledge on to others. I enjoy working with children and watching them grow as skiers and learn something; the enjoyment and freedom they get from it is a pretty cool thing.

How long after you graduated the course did you get a job as an instructor? Where was your first instructing job?

I got a job with a small international ski school in Nendaz, Switzerland, about a month after the course for the approaching winter.

Where have you instructed since?

I’ve been in Nendaz for 3 winters now with the same ski school, I really like it here and it’s nice to have some returning clients. I have also been here for 2 summers as well so it is pretty much home now.

Where is the best place you’ve worked as an instructor?

Shaunie at home in the 4 Valleys

What is the best thing about being an instructor?

The environment we work in is pretty cool!! Being able to pass on something that brings so much enjoyment to others and seeing them improve and grow in confidence is very rewarding. Also, being able to spend all day on the mountain with clients and after lessons go out and ski for yourself is awesome.

Have you gained any other instructor qualifications since?

I have one more part of the BASI level 3 to go; the second discipline which I am doing in October. So, all going well, I will have my ISIA at the start of this coming winter!

What are your plans for the future?

To enjoy what I’m doing and to keep pushing myself; I also want to carry on working on my skiing and teaching techniques and to eventually take the BASI level 4 (the highest BASI certification). As if that wasn’t enough I also want to travel and explore some other areas, possibly head down to the southern hemisphere. It would also be pretty cool to learn to snowboard!! (Good Girl!!!)

How did your Peak Leaders course change your life in a positive way?

The course was great; it acted as the perfect stepping stone to the snowsports industry. After the nine weeks I was able to get a job and start teaching straight away. It set me up perfectly and gave me a great insight into the industry; there were always plenty of people there to answer my questions. It also introduced me too some great people and an amazing country!!!

If you had any words of wisdom for aspiring instructors, what would they be?

Do it because you love to ski! 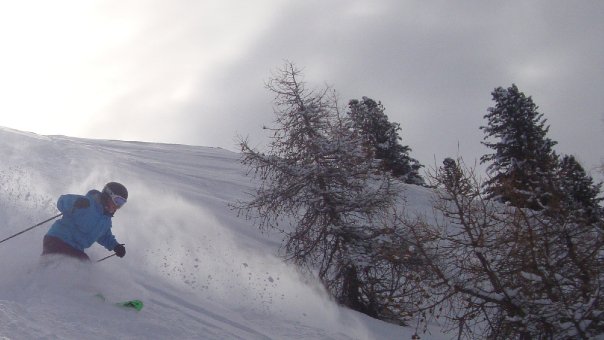