At the start of last week we finally got a big dump of snow, something that was certainly worth waiting for!

The snowboarders have absolutely loved riding the powder with their trainer on the Bariloche Snowboard Instructor Course; Marki. Marki is a bit of a legend in Bariloche because he’s been snowboarding and winning competitions here for many years, he even rides around on a Bodhi ‘Marcos Green’ Pro Model, which his girlfriend designed the graphics for! Nevertheless Marki’s awesome skills on a snowboard and the fact he’s an amazing trainer and all-round nice guy mean his group of trainees are his biggest fans! 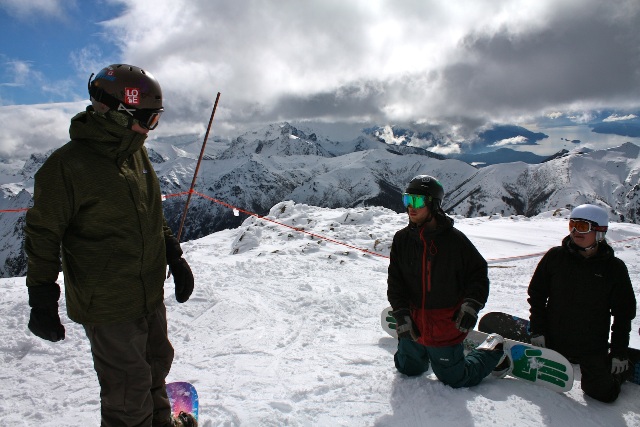 Kneeling in the presence of Marki is expected...

This week the skiers had a unique experience; helping CAB (Club Andino Bariloche) run an FIS Slalom race at Cerro Catedral as Gate Keepers. Watching the pro’s up-close was breath-taking and everyone learnt a few tips from studying their technique at arms length! 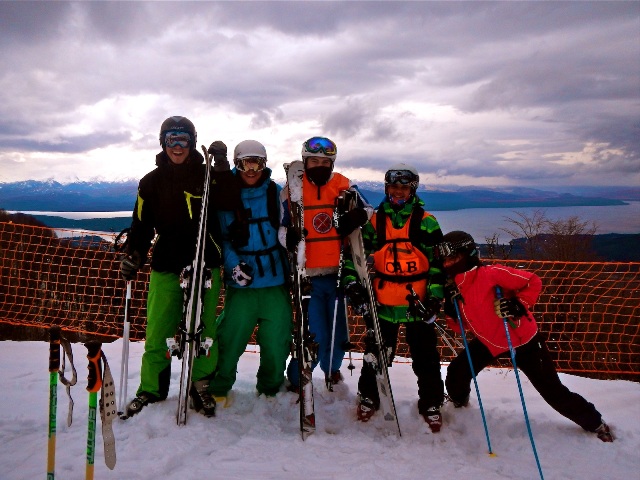 It only takes one person to spoil a photograph...

As lunch is included in the course we always chill-out at the same restaurant on Viento Cero at midday; this restaurant definitely has the best panoramic views of the lakes. It seems the trainees have also managed to adopt the local mountain cat which guards the kitchen. “Mr Wiggles”, as he (or she) is affectionately known, seems to be a favourite with the boys….. 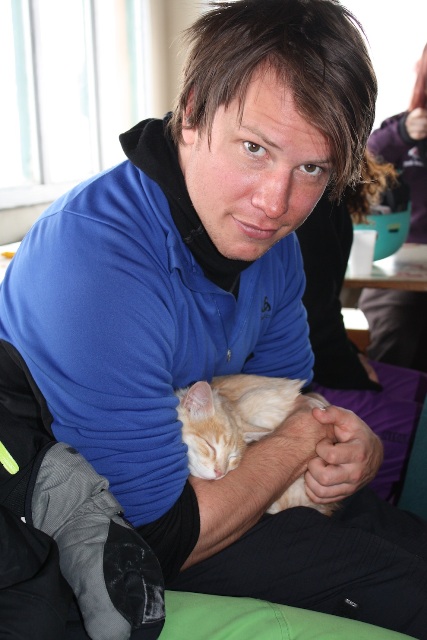 Unsurprisingly there were big celebrations last week when a few of the trainees got their A-Level results in the middle of the night! Fortunately, there were a lot of smiling faces the next morning at breakfast, despite a few hangovers. As you can see they definitely celebrated in style that night!

In the words of Lionel Richie the Cava was flowing "all night long"....

The morning after dancing the night away in Bariloche there were understandably a few tired trainees that struggled to make it up to the mountain! It seemed the best cure for a soar head was to cut fresh tracks down to ‘La Laguna’ … which a few ‘soldiers’ were lucky-enough to do, but only after a fairly  strenuous hike! 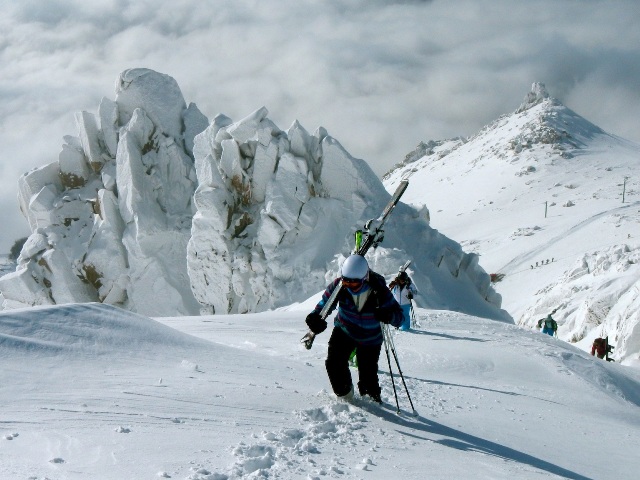 The guys in this group described their powder run as the best run they’d ever done! A nice way to finish a hard weeks training.

Please don't send us any more shots like this Emma!

After such an intense week of training what better way to finish than with an Argentinean Asado (BBQ)! Everyone loves eating steak and chilling out by the fire, so much so that it has become a Friday ritual. The boys have now taken-over from the locals and are tending to the food and fire! Brave move! 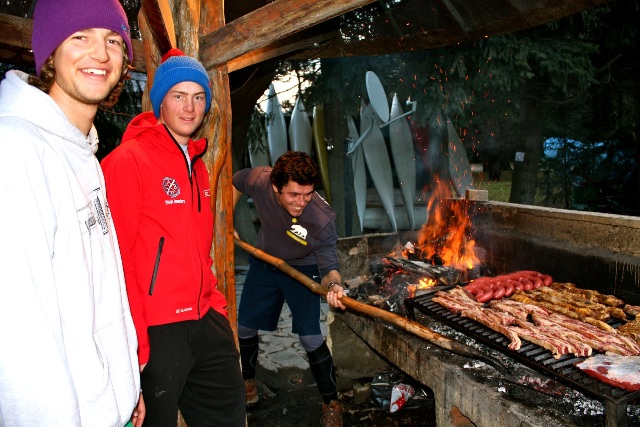 Boys standing around the BBQ.....standard!

After the steak disappeared very rapidly, the music volume went up, the wine volumes went down, and a few of the trainees danced the night away round the fire!

Next week is the teams last week of training before the BASI trainers arrive in town and the trainees begin their Level 1 exam……fingers crossed the snow will stay in great condition!