The past week has been an epic week for the Peak Leaders trainees down here in Bariloche, Argentina. Loads more fresh snow has covered Cerro Catedral making the skiing and snowboarding conditions awesome! 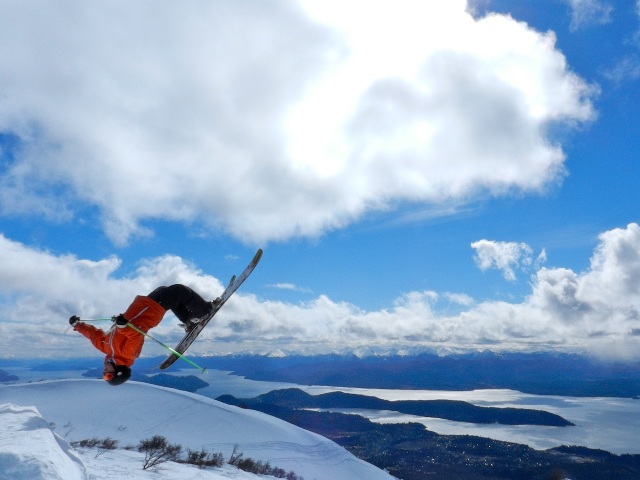 Not bad for a fist attempt!

There were big celebrations on a ‘school’ night this week. On Monday it was Will’s 21st so everybody went to the famous steak house Alberto’s for a feast! Alberto’s is so renowned in Bariloche for the quality of it’s steak that there was a queue outside the restaurant before it even opened! Even crazier when you consider it was Monday night.…….but if you’re a restaurant renowned for steak in a country that’s renowned for steak you must be doing something right! 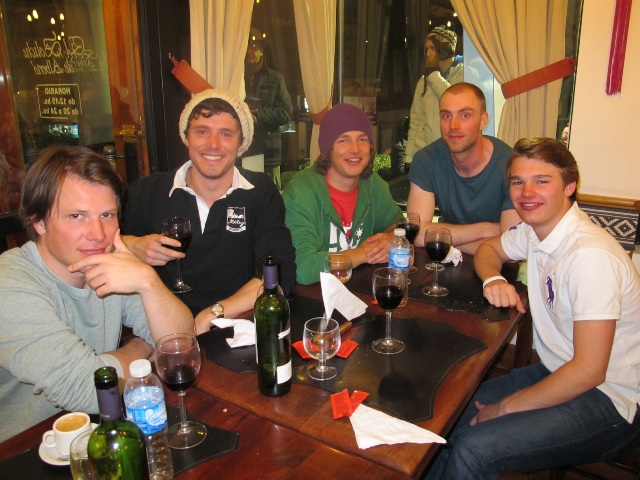 Nice to see the boys dressed smart for the occasion!

After Alberto’s everyone went on to Bariloche’s retro bowling alley for a highly competitive frame of bowling. The disco lights and 90s dance music made it a highly entertaining night! 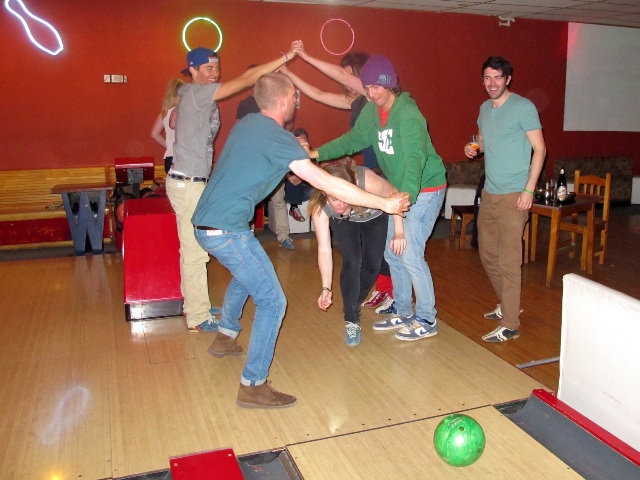 The boys attempting to trap Emma in their web of sin!

It proved tricky bowling through a dance tunnel! I guess the added pressure was good training for the trainees Level 1 exam!

This week was the final week of training with the Argentinean trainers before the trainees begin their Level 1 exam. The snow was awesome and grippy and they couldn’t have been luckier with the weather! Jammy people! 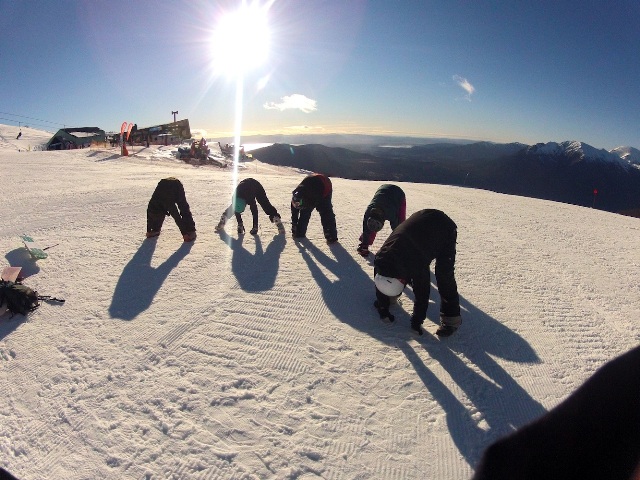 Another epic 'action' shot of the snowboarders!

The highlight of the week for the skiers was definitely doing Giant Slalom on Thursday and Slalom on Friday! They were all buzzing from the adrenaline of flying through the gates. A couple of the trainees had pretty impressive crashes while wearing their ‘Go Pros’; you’ll all get to see the footage at some point! 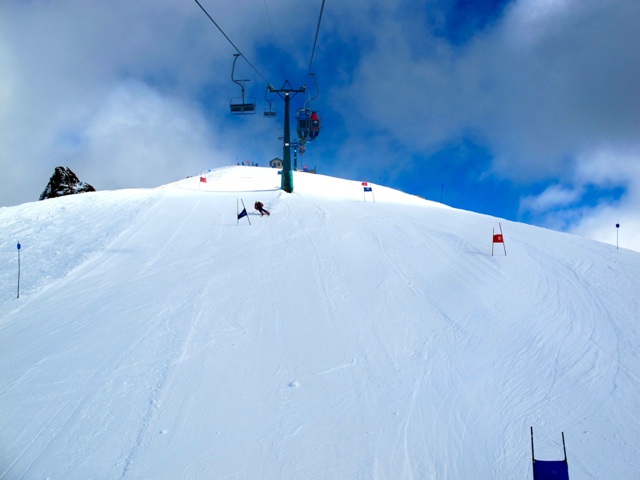 Nothing like a bit of pole-dodging to liven-up the day!

The Friday night ritual Asado continued this week but only after everyone had taken their Argentinean trainers out for a few drinks after skiing and snowboarding. The Asado was epic; with too much steak for everyone to finish … a definite first! The BASI trainers arrived that afternoon in perfect time for this fine feast; it proved a nice informal way for the trainees to meet the team that would be training and examining them over the next few weeks. 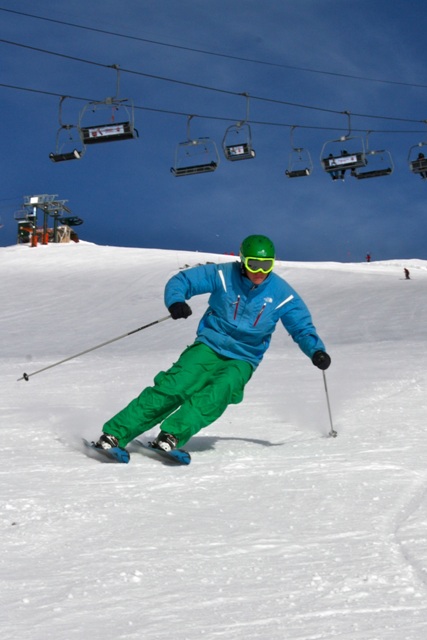 Ed enjoying his day off.

Saturday was the trainees last day of free skiing/boarding before they start their BASI Level 1 Instructor Course. As you can imagine they were all keen to get up the mountain. Everyone was blasting round the mountain enjoying the perfectly groomed pistes and ripping some turns in the soft snow off piste. A few people were feeling quite adventurous, some trying back flips in to powder for the first time and others trying to learn to ride and ski switch. The snowboarders even built a kicker! Nevertheless, one of the funniest moments was Ben doing a 180 off a little bump and skiing switch straight into Charlie who acted like a Rabbit in headlights! 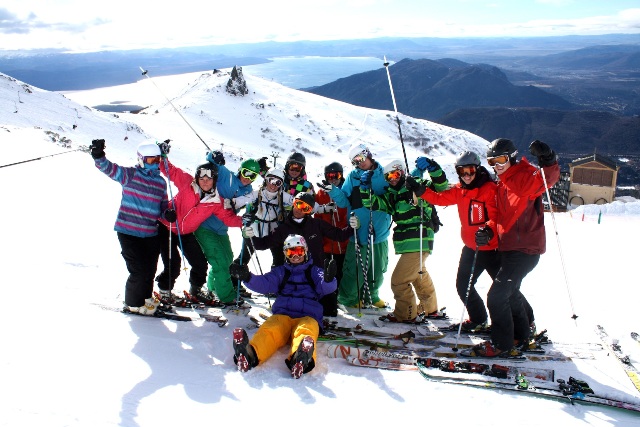 Good luck to everyone doing their Level 1 this week … go for it guys … this time next week we will have some BASI level 1 Instructors in Argentina!