It takes many years of blood sweat and tears to earn a degree in law or medicine but you’re not always guaranteed a career at the end that makes you smile. Some people would argue that the substantial wage is ample compensation but others would argue that there’s a big old world out there that needs to be seen and experienced. One of those people from the latter school of though is Charlotte Grant. Charlotte had the snowboard bug at a very early age and after graduating with Peak Leaders in 2006 started a journey that has opened her eyes to the World and helped form her into the confident, well-travelled and interesting person that she is today.

Six years after her Peak Leaders course Charlotte’s living in Australia working with youngsters and finding the next step to take in her amazing adventure. Does she regret dedicating six years of her life to an endless winter? Of course not! 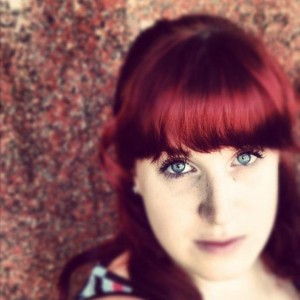 How much snowboarding had you done before you enrolled in a Peak Leaders course? Were you always a die-hard snowboarder or was enrolling on a course a ‘spur of the moment’ thing?

I grew up in Spean Bridge, which is about 2 hours north of Glasgow in Scotland. I started skiing aged 6 and made the switch to snowboarding when I was around 11 years old. I spent every weekend and spare day that I could at Nevis range ski area, which was only 5 miles from my house. For around 5 years I was a heel-side ‘power-leafer’ as at 11 I didn’t really know that the toe-side existed! Once I found my toe-edge there was no stopping me; but I definitely didn’t have good technique! At age 16 I did a 5-day instructor training course up at the Cairngorm ski area near Aviemore, Scotland. After I passed the course I began teaching lessons at the Nevis Range on the weekends, between high school, but I still wasn’t accomplished as I’d only had 5 days training on both my personal riding and my teaching.

Did you enjoy the course out in New Zealand?

The course in New Zealand was amazing. I made life-long friends both with other course participants and the trainers. What I gained from the course has sculpted my lifestyle and career for the last 6 years. My snowboarding improved immensely, my confidence grew and I was able to do things and tackle terrain that I had never dreamt of. 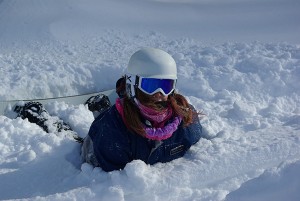 Where was your first instructing job?

My first proper instructing job was at Okemo Mountain resort in Vermont, USA. Myself and 6 others form Peak Leaders ’06 were all lucky-enough to get a job there, which meant I didn’t have to go alone. Everyone was very welcoming and accommodating. I was even picked up form the airport 2 hours away by a staff member! We received both on and off snow training when we arrived.

Okemo is situated in a small Vermont town called Ludlow; it’s about 2.5 hours drive north of Boston. It only has 6 bars, a few shops and takeaways and a supermarket. A huge change coming from Queenstown! Its no Aspen or Whistler but I made some of my closest friends there both with co-workers and clients.

Okemo provided staff accommodation for all of us in a lovely big house on Pleasant street. We were one big family all living together right in the middle of town.

How did you find being newly qualified and inexperienced?

Being the new kids we were treated no differently than the existing staff members. If anything we were more like celebrities and I don’t think they had met so many different nationalities! Everybody made us feel welcome from the ski school director to the cafe staff and the lift operators.

Where have you taught snowboarding since?

After my first season at Okemo I decided I wanted to be back in Queenstown and applied to Coronet Peak. My online application was rejected quite quickly as it’s a very sought after place to work. I learned through a friend that Coronet Peak run an on-snow hiring clinic (on snow interview) at the start of the winter.

Eighteen of us turned-up that day for the interview and nine of us got jobs, it was almost more nerve-racking waiting for those results than my SBINZ level 2! Being selected from the hiring clinic meant you were casual staff and there as an extra instructor if there were a lot of lessons. I was lucky and most weeks got 5 days of work and even more during school holidays! 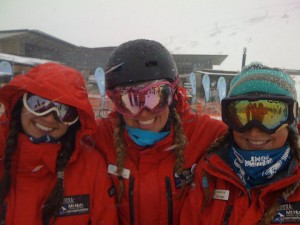 Have you qualified any further than level 2 SBINZ?

Since doing my course with Peak Leaders I have also gained my working with children certificate and my ski crossover certificate. I had plans to train for and take my Level 3 but had an accident in 2008 that required me to have a full knee reconstruction. That didn’t stop me teaching though! I had 6 weeks off work after the accident then went back to the mountain. I also taught at Okemo the following Winter and returned to Queenstown to have my operation.

Where did you spend your most enjoyable winter and why?

I don’t think I can choose a favourite winter as both places are so different. I love Queenstown for the people, the numerous things to do and the night-life. The downsides are that you tend to live pay-check to pay-check because the cost of living is quite high and the temptations of Queenstown itself are pretty high!

At Okemo you earn around the same wage but its possible each week to double that with the tips you make. If you are a good instructor and know how to sell yourself for private lessons, as this is where the money is in teaching, then you can do really well in the States. Everything in the USA is very cheap, from the cost of living to groceries to electronics. It was really nice to be able to afford things that I would have never been able to buy in NZ.

What did you get up to in between seasons?

The first couple of winters I would go home in between and work at an outdoor shop but as my traveling confidence grew I began to stay longer in Queenstown and Vermont. I also took a trip to Thailand on the way back to Queenstown in 2008, which was amazing.

What are the best things about being a snowboard instructor?

The best things about being an instructor are, firstly, the obvious:

– You get paid to be on the snow all day every day!

– Its always a great rush when someone “gets it” for the first time. You think to yourself “I did that!”

– I’ve had the privilege of working with some children in both New Zealand and America who suffer from both physical and mental disabilities. These range from varying degrees of Autism, Downs-Syndrome and Aspergers to deafness, stroke victims and loss of limbs. For me it’s these kind of lessons and seeing the kids faces when they achieve something, whether it be a little thing like a straight glide or linking turns by themselves, that make it all worth it.

– Teaching snowboarding feels like more of a lifestyle choice than a career; sometimes you forget what real life is!

What are the worst things about being a snowboard instructor?

I wouldn’t really say there are bad things about being an instructor. Starting out can be a little hard on the bank balance and you will live off 2 minutes noodles at some point! All in all I have thoroughly enjoyed the last 6 years and wouldn’t change anything apart from telling my younger self to save some of those tips!!

What’s the best thing that’s come out of taking a course with Peak Leaders?

Doing Peak Leaders made me who I am today, sounds cliché I know, but if I hadn’t done the course who knows what I’d be doing! Instead I’m sitting here in Cairns, Australia, right on the Great Barrier Reef working as a kids swim instructor looking back on the best 6 years of my life! 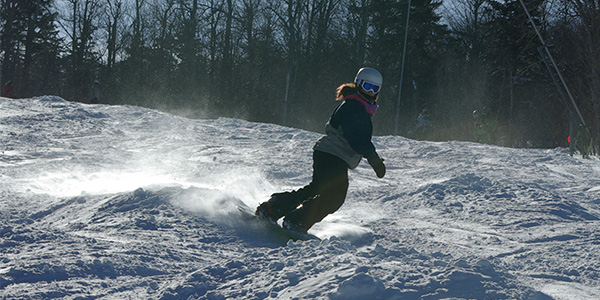 Do you have any recommendations or words of wisdom for wannabe instructors?

The advice I would give any new instructors or course participants is listen to your trainers!!  Come home from town at 11pm instead of 4am with a Fergburger, you can go out hard after your exams. Don’t expect it to be easy, you need to work hard for those few weeks then it will all be worth it!

If you want to make money you need to learn how to sell yourself and deliver an excellent lesson. You should build a rapport with the guests before you have even set foot on the snow!

Tuck in your layers- road rash hurts like nothing else!!!

Have fun- you can’t be too serious in this industry! 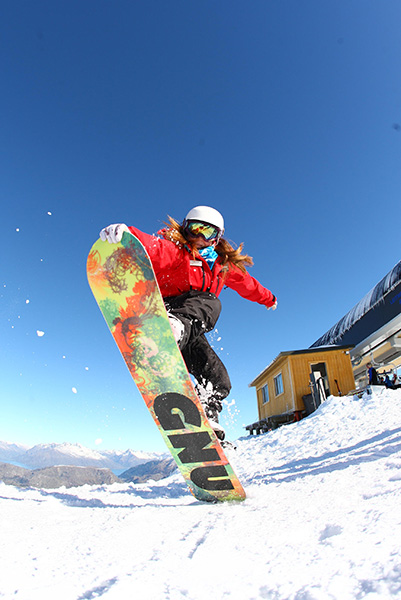