As you probably know over the past couple of weeks we’ve changed our website to the brand-spanking new beauty that you see before your very eyes. As a result we’ve been unable to update our blogs until now. Sorry! You’ll be pleased to hear that all the guys are now home safe and sound and they had a great time. The following blog is from week 8 of our Argentina course.

The biggest news from the Peak Leaders crew down in Argentina is that the vast majority of trainees have officially qualified as level 2 BASI Snowsports Instructors! 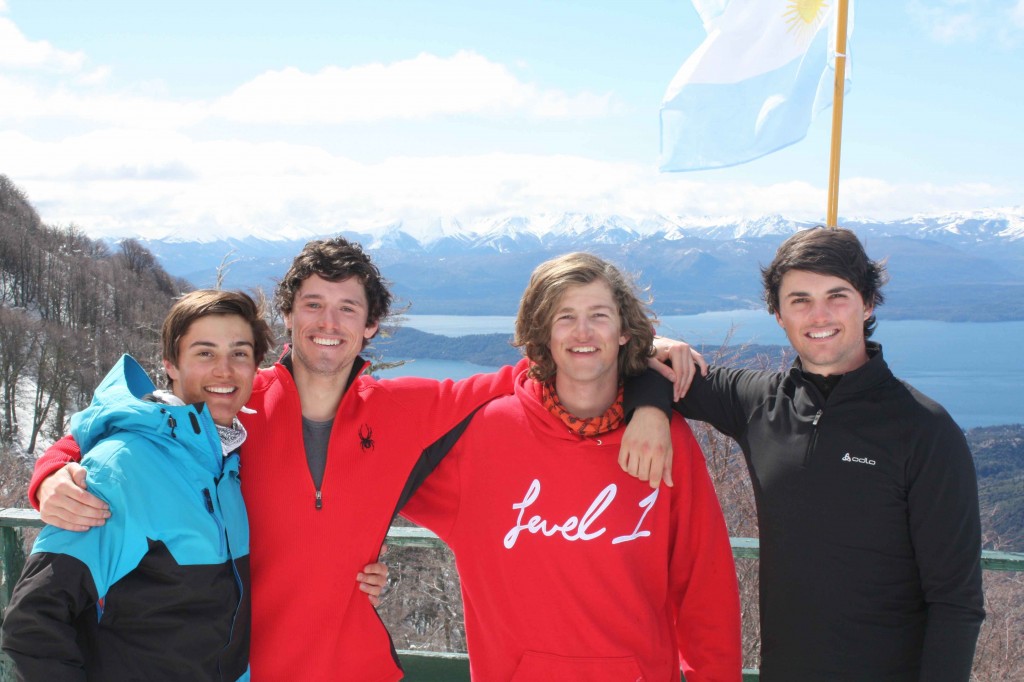 One Direction on their tour of Argentina!

As the trainees went into their final week of the BASI Level 2 exam they were welcomed with a nice fresh dump of snow. The snow was perfect ‘hero snow’, amazing grippy pistes to demonstrate their BASI magic on and plenty of powder to slash and fall over in! 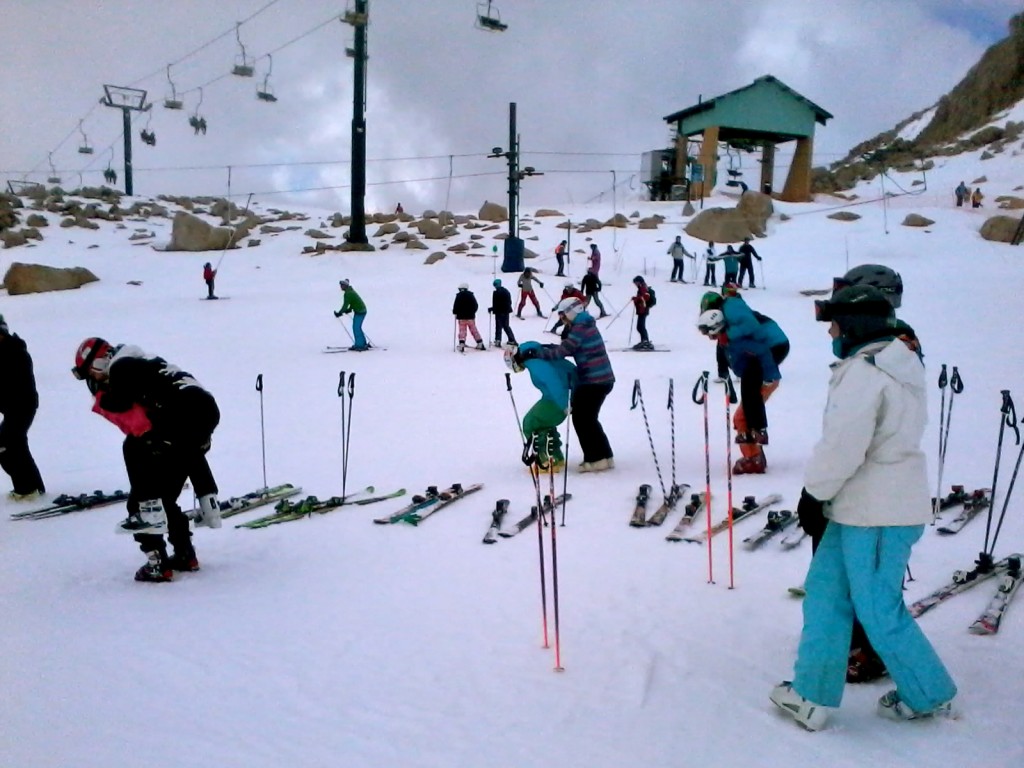 I have no idea what is happening in this photo

This group has definitely outshone some of my previous groups by being the most adventurous and fully embracing freestyle. The fresh snow gave the guys a fluffy soft landing to learn front flips with one of the BASI trainers at the start of the week! Almost everyone attempted a front flip into the powder and the gutsy girls definitely outshone the boys! There were some awesome attempts but the only first time ride-out came from Will – great effort! 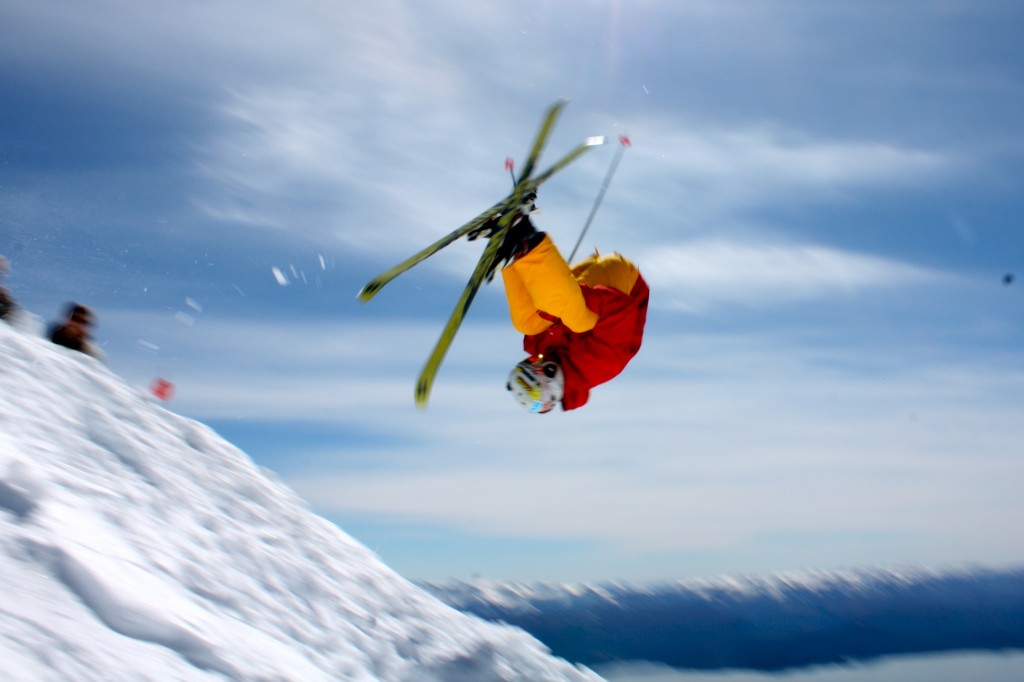 Don’t worry this isn’t something that you’ll be required to do as part of BASI!

After an intense week of examinations all of the trainees celebrated in style with an awesome lunch up the mountain and in the sun, closely followed by a massive snowball fight! As adrenaline and excitement were still through the roof everyone grabbed their bottles of sparkling wine and celebrated ‘Formula 1 style’. 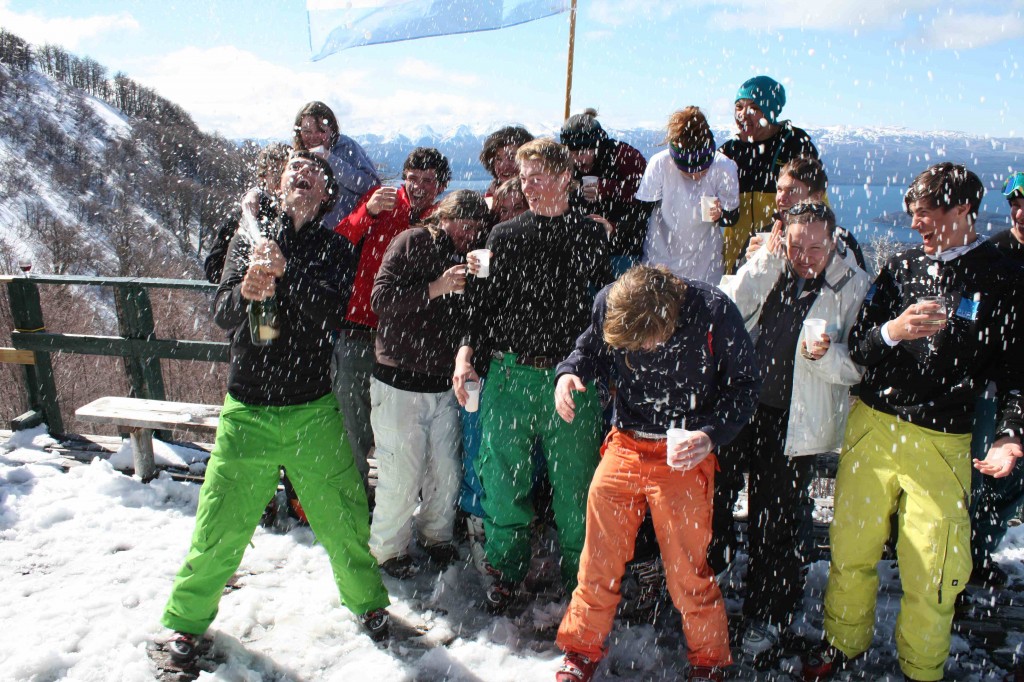 The celebrations continued through the day and night back at El Retorno with another awesome Argentinean ritual  ‘The Asado’ which we all agreed is the best BBQ in the world! 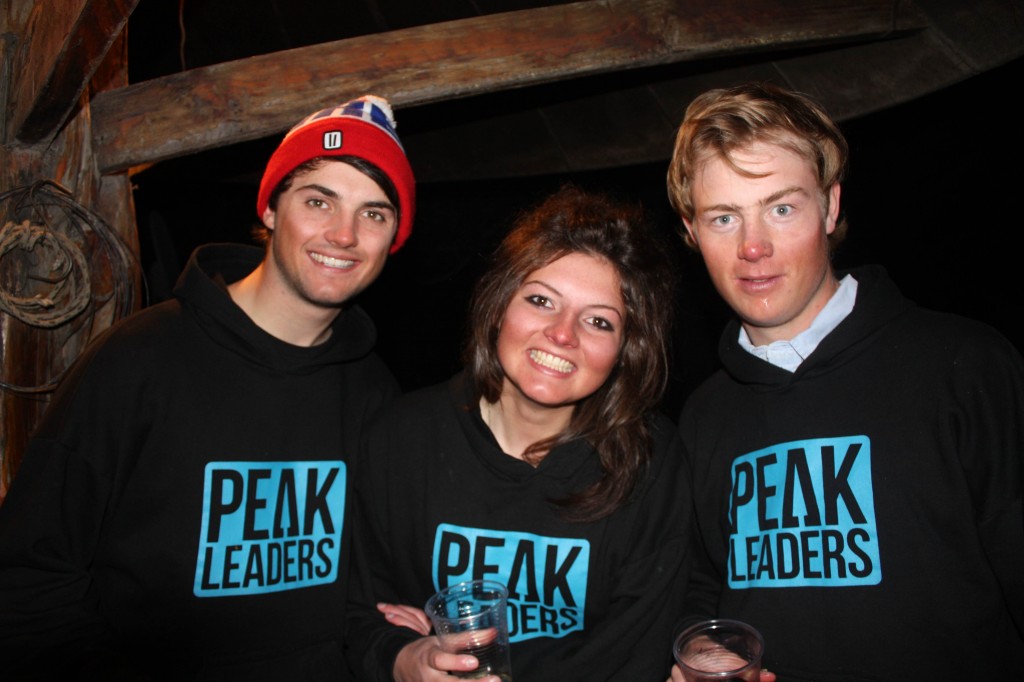 On the last Sunday of the course a small group floated along lake Nahuel Huapi on an amazing boat trip. The boat took them down one of the many estuaries past scenic waterfalls to Puerto Blest to explore an incredible green and vast rainforest. As always this good day out was followed by a well-earned steak and Cerveca with an outstanding view!! 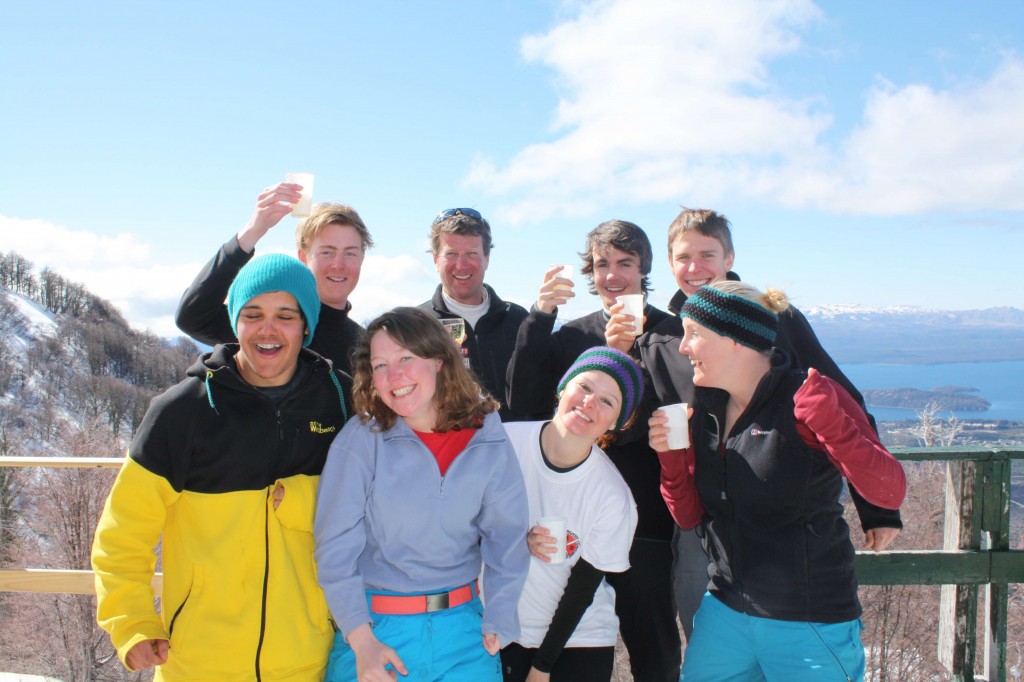 With BASI Level 2 done and dusted the group are in for a treat next week as we spend our last few days exploring the rest of the area around Bariloche, including a ride on horseback through the foothills of the Andes, then we plan on having muchos fun in the capital, Buenos Aires … stay tuned!