Like all good things; this years Peak Leaders course in Saas Fee has finally come to an end. It’s been an amazing 9 weeks and the trainees have been exceptional. In fact they’ve been such a great bunch that their BASI trainers Al and Alex described them as being “up there” with the best groups they’ve ever trained. Which is impressive when you consider that between them they’ve been training wannabe instructors for over 30 years! 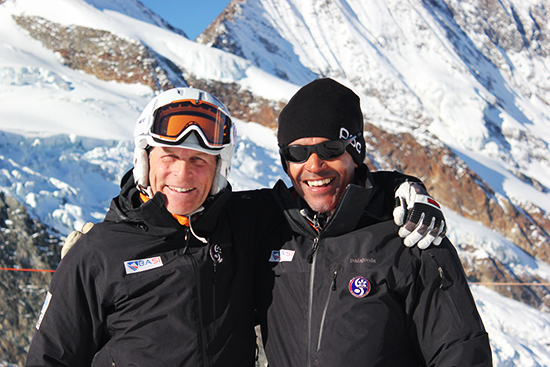 Similarly to the penultimate week of the course, over the past week the trainees have had amazing weather and snow conditions. The amazing pre-season conditions gave the trainees a lot of confidence in their skiing and allowed them to concentrate on making the necessary changes to their technique. Al and Alex used their wealth of training experience to improve the guys skiing and teaching skills; the key to this was improving self-awareness, understanding their own performance and technique in relation to the level required. I had the fortune of following both groups around the mountain on a number of occasions and could really see their technique and confidence handling a group improve. 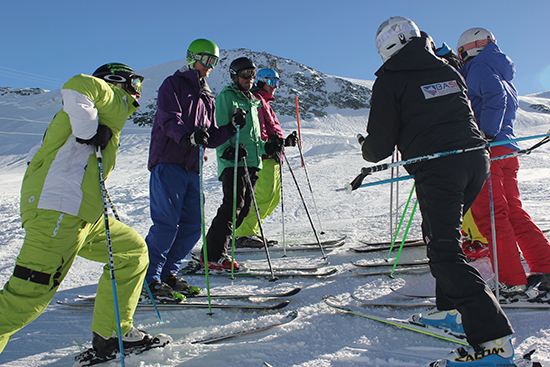 Despite there being a couple of trainees that had to make big changes to their skiing, everybody dug deep and shunned the Saas Fee party scene, deciding to keep their heads in their BASI manuals. This commitment paid dividends and the trainees were rewarded with a 100% pass rate!!!!!!!! This is almost unheard of, an amazing achievement for everybody involved in the course. The benefits of going on a pre-season instructor course definitely showed with the guys benefiting from quiet slopes, less temptation to go out at night during the week, and ALL of the trainees managed to secure instructor jobs for the season. The guys have secured jobs in Switzerland, Austria and Japan. 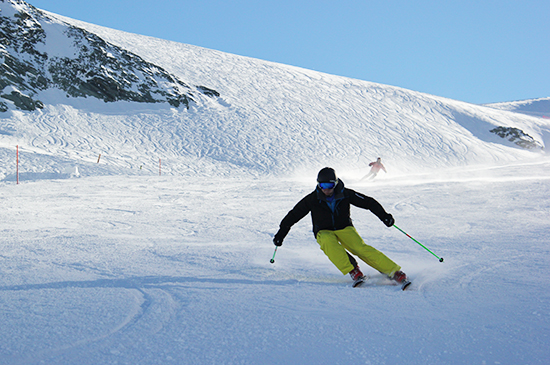 Once the results were dished-out we all headed to the top of the glacier for the ‘Saas Fee Synchro Showdown’.  Both groups had spent a couple of hours during their BASI level 2 course perfecting a synchronized skiing routine and a winning team was about to be crowned.  On the lift to the top of the glacier banter between both groups hit fever-pitch with Alex’s group supremely confident and Al showing some pre-competition nerves. Apparently the routine that Al had lovingly choreographed was technically very difficult and his group were having a few technical difficulties. 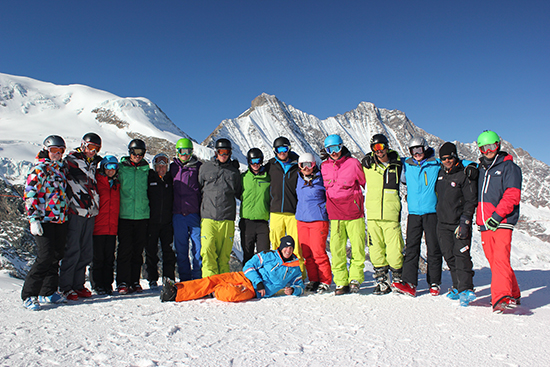 United before the final showdown…

In all honesty after a few practice runs Al’s group looked like a shambles and it looked like Alex and his group were going to run away with the title. The events that followed show that miracles can happen and if by the grace of God, Al’s team managed to pull it all together and deliver their best run. Alex’s team delivered another great synchronized run but it just wasn’t enough to take the victory and Al and his team were crowned Saas Fee Synchro Champions of 2012.  To say that Paul and Keith were gutted would be an understatement…….it took a few beers to put them back in a party mood! 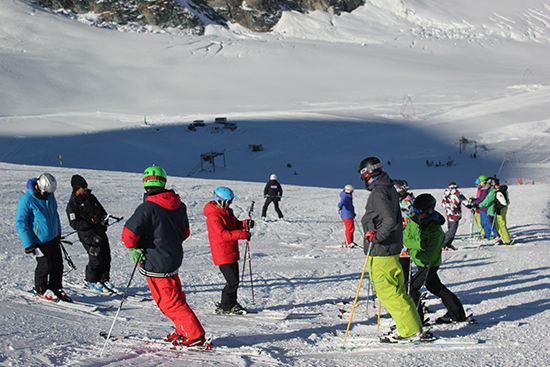 After a few beers at the mountain restaurant we all returned to the hotel to pack. On our return Patrick had very kindly organised  a Champagne reception for us. After a few glasses of Champagne with Patrick and the trainers, where Rory and Poppy got a little carried away with the free drinks, we headed to a local Pizzeria for a feast. After that the rest of the night was a little bit of a blur; Rory returned home early; Sam had to have his hand held all night; Paul worked his magic with the ladies……and the majority of the group made it to Popcorn until the ‘not so’ early hours of the Morning. In short; Saas Fee 2012 was an exceptional course with an exceptional bunch of trainees. A huge thanks goes out to Tony, Julian, Emma, Loz, Graham, Alex, Al, Derek, Dave, Giles and all the lovely people at the beautiful Park Hotel for an amazing 9 weeks. Peak Leaders wish all the trainees the best of luck with their seasons and hope that this course has been a rewarding experience that will help shape the rest of their lives. 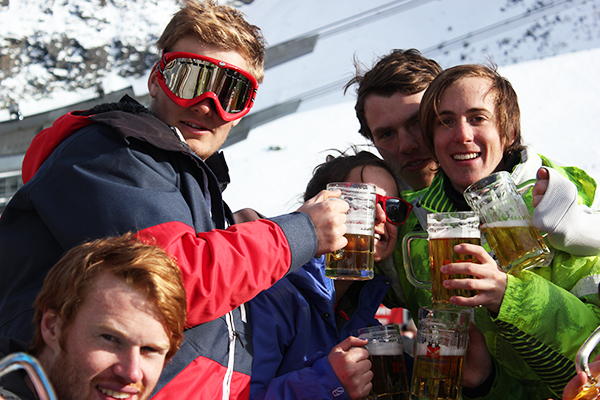 Rory leading the beer drinking charge……but for how long?! 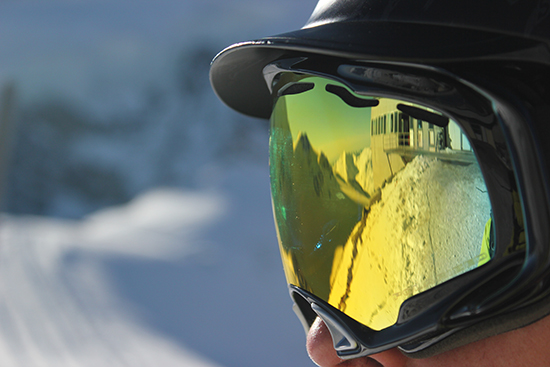 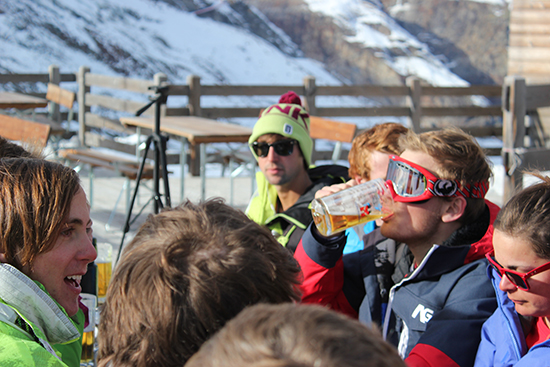 Rory showing no signs of slowing down! 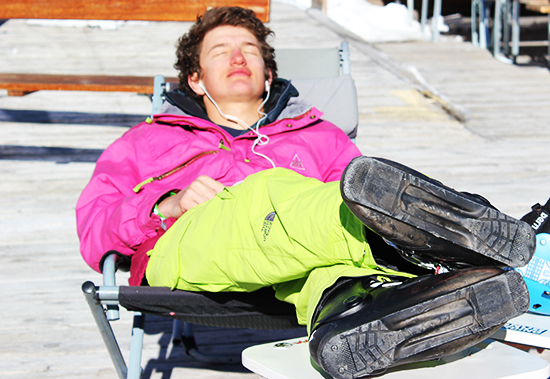 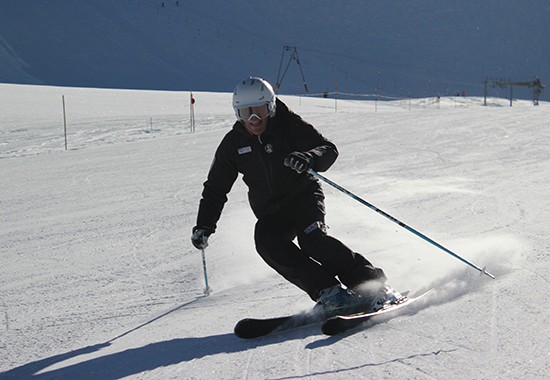 Biggest smile on the hill! 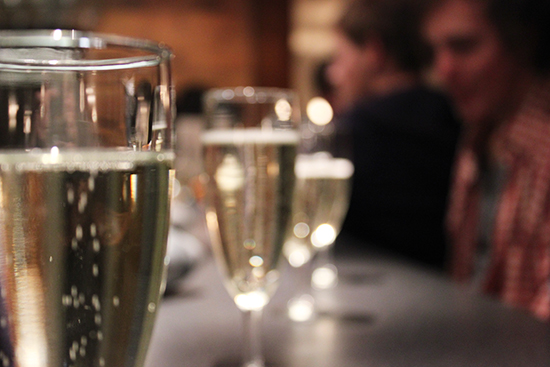 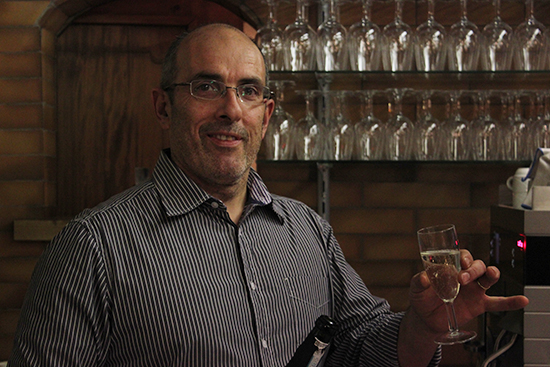