Last week was the final week of the Peak Leaders Ski Instructor course in St Anton and the trainees had to navigate their way through the 2nd week of their Anwärter exam.

During this final week the trainees had to teach a ski lesson in German, this lesson was a part of the Anwärter syllabus and the examiners often decided on the subject with only 5 minutes notice! Fortunately German language lessons with the two Doris’s and the ski training with Fossi, Gerhard and Frank really paid off and the guys aced their lessons.

To make the course a little less intense the trainees were given a rest day during the Anwärter. This rest came on the day after a monster snowstorm and the trainees woke to bluebird skies and 2 feet of fresh powder. After a week on the beginner slopes honing their snowplough turns the guys couldn’t wait to shred some powder! 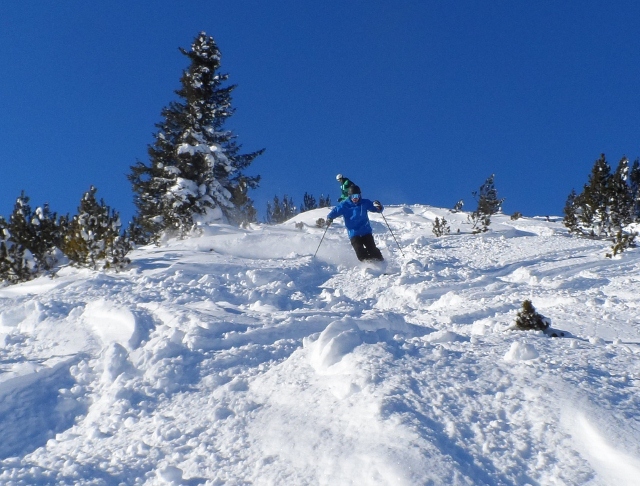 George having a constructive day off work and exams!

After a day skiing powder it was back to the serious task of passing the Theory Exam (all in German) and the skiing test. We must say a BIG ‘shout out’ to Charles and Aussie Matt for translating all of the theory lectures into English, the rest of the Peak Leaders crew and many of the other non-Austrian Anwärter candidates may have struggled without their help in the lectures.

Exam day came and was welcomed with a hushed breakfast; the hotel dining room was silent apart from the turning of pages and the scribbling of revision notes– pre match nerves?? After breakfast the trainees trouped to the exam hall for a nerve-wrecking hour of theory questions. Nevertheless, after that hour they returned smiling having realised that if you cram in enough revision the exams become a lot easier! 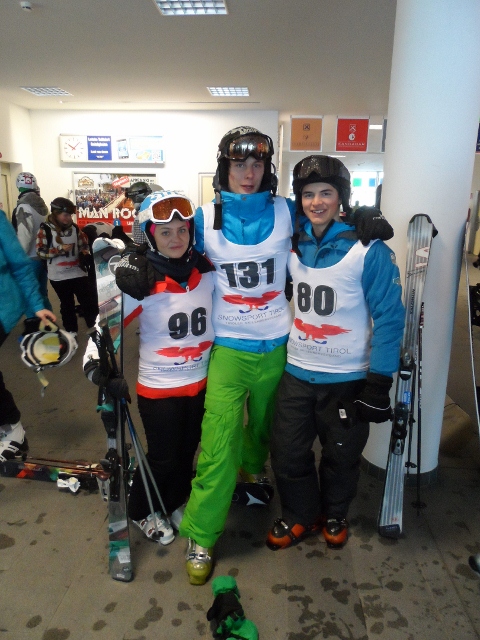 Georgia, Christian and Alex not looking quite as cool, calm and collected as usual!

Unfortunately for the examiners all that snow turned the ‘examination’ piste into a powder field and all 160 skiers on the public Anwärter exam had to take turns side-slipping the piste to make it possible for everyone to do their demos. The first Peak Leaders trainee to be examined was Stuart at number 8 but poor Francis had a long wait as he was number 142! Things didn’t get any easier for poor old Francis as the results of the Anwärter were read out in alphabetical order, with a surname beginning with W he was on tenter hooks for quite some time! 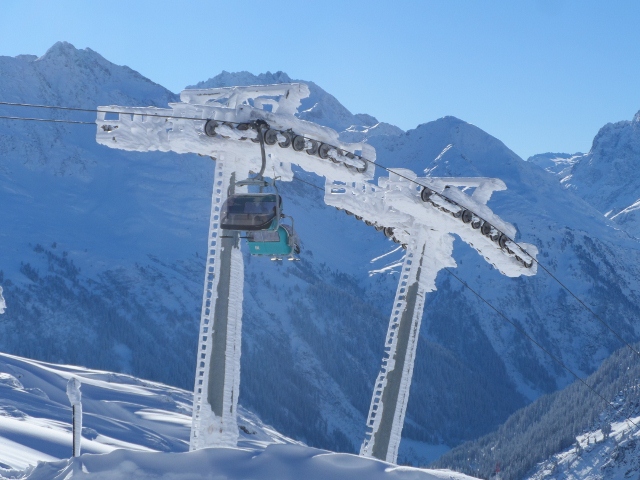 One by one the names of the trainees were read out. Course leader Tony ticking the names off until Francis’s name was read out. Would you believe it, Tony and his team had once again secured a 100% pass rate!  In no time everybody had updated their Facebook pages with the best line ever “I am a qualified Austrian Ski Instructor”. 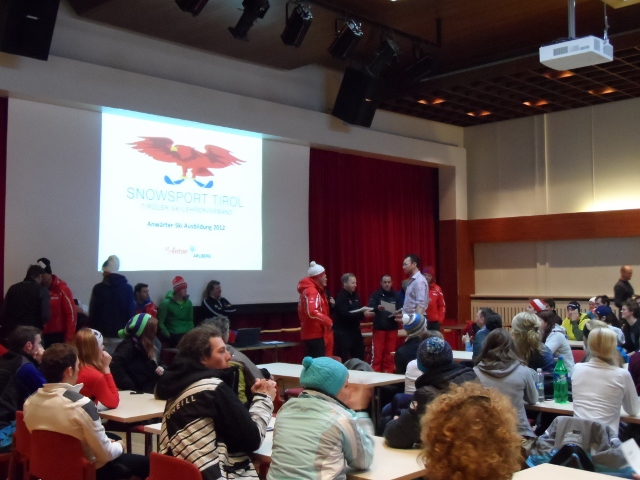 Thanks to the time honoured tradition of having a few celebratory drinks after passing the remainder of the evening was a bit of a blur, but it appears Stuart may have started throwing some Salsa dancing moves on the dance floor.

Monday morning came and it was time for everyone to move out of the hotel and for all those trainees that had applied for jobs with the Arlberg Ski School to move into the Instructor accommodation, collect their uniforms and collect their ski instructor lift passes. 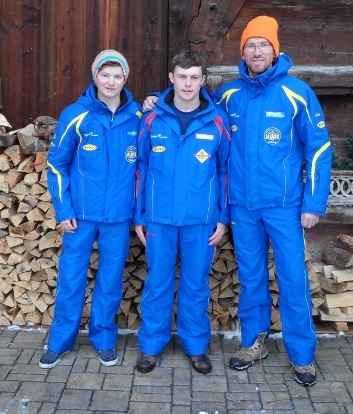 Congratulations to everyone on the course we hope you have a great season teaching skiing!