There have been some big changes in St Anton over the past week. St Anton itself has transformed from a sleepy farming village covered in grass to an Alpine Super Resort with snow on the ground and people in the bars. The trainees on the other hand have been transformed into far more confident skiers with greatly-improved technique. A big shout out must go to Stu who has finally mastered his short-turns after a few frustrating days of battling his inner skiing Demons! 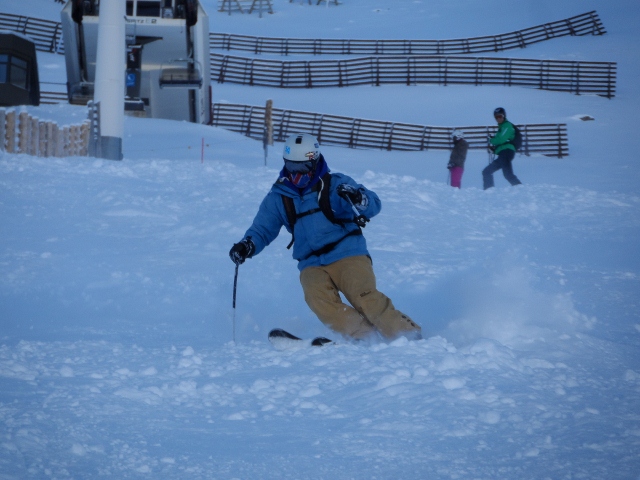 As usual Fossi, Frank and Gerhard have been hard at work trying to perfect the trainees’ demo technique and their teaching in German. As the Anwärter approaches it’s important the guys and girls can teach a beginner lesson in German. To ensure this is possible all of the trainees have been making the most of the regular German lessons with the two Doris’s. Nevertheless, Fluent German speaker Charles has gone above and beyond the call of duty and has been running regular sessions translating the Anwärter handbook for his fellow trainees. This has made life for some of the less-experienced German speakers a lot easier! Good work Charles.

As previously mentioned: the snow has started falling heavily and the temperatures in resort have dropped dramatically. After a number of days skiing on firm pistes the trainees now have the luxury of dipping their skis in the light fluffy powder and have been enjoying some exceptionally grippy, well-groomed slopes. This snow couldn’t have come at a better time and means that St Anton is open in time for the Anwärter exam. 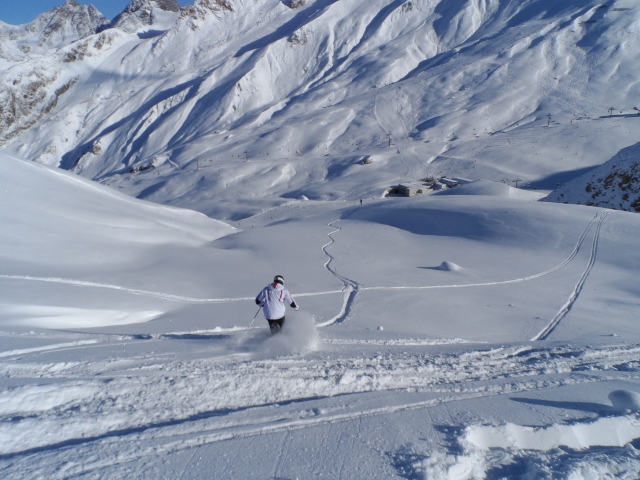 Away from the hill the guys and girls have been making the most of St Anton’s bustling nightlife and this year the whole group partied at Ischgl’s Resort Opening Party to the sounds of well-known 70’s/80’s Rock band ‘Scorpions’.  If you’re unsure who I’m talking about then check-out the following video. Rest assured there were a lot of Electric Guitar solos and Mullets, combined with 15,000 screaming Austrians and far too much Spandex.

Best of luck to everybody taking their Anwärter this week!

Partying into the night in ski gear……..that doesn’t happen in Austria!