An interview with Lewis Sonvico

If you’ve ever watched Lewis ride you know that this guy can shred. He’s one of a new breed of snowboard instructors that can not only demonstrate a flawless carve and handle a gang of crying 6 year old kids, but also slay the snowboard park. Not only is Lewis getting recognition on the UK scene for his strong riding but he’s also one of the most respected BASI instructors/coaches out there. At the tender age of 23 Lewis has already reached the top of the instructor game and we’re really stoked that he’s going to be working with Mint Snowboard School to coach the trainees on our Morzine snowboard instructor course. We sat down with Lewis at the beginning of the season and asked him a little about himself and what the future holds for one of the UK’s most promising riders. 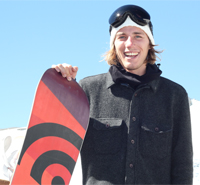 Lewis always has a smile on his face

How did you get into snowboarding and what made you want to become an instructor?

I was 16. I always rode skateboards, longboards and so just thought it made sense…. Since then it kind of took over my life. I started teaching at my local dryslope and it went from there.

So you’re now the grand old age of 23 and already a BASI trainer! How have you managed to become a trainer at such a young age?

Not sure really, but it’s cool! I did my first BASI course on my first season and just try to ride all the time. I have always been motivated to be able to ride better, just because riding a snowboard feels good. I’m passionate about teaching and coaching too so I guess that has helped, as long as the person I am teaching is motivated, it motivates me! Simple as, I enjoy seeing people get stoked from snowboarding and it’s the same feeling I get when I ride.

Obviously you’re in a very unique position because many snowboarders in the UK would consider you a professional snowboarder and you’re also a very highly qualified BASI snowboard instructor and freestyle coach. Which job pays the bills and where would you consider your future to lie?

I wouldn’t call myself a pro… But for the future, I don’t really know what there’s going to be. At the moment I want to keep doing both, teaching/coaching and riding for myself. I think it’s important to keep the stoke alive, I enjoy riding as much as coaching and so why not do both.

Is it possible to make a living out of being a Pro snowboarder in the UK? What would you say to those riders out there that consider being an instructor as uncool or an unnecessary part of snowboarding?

Yeah it’s possible to be a pro snowboarder from the UK, but I think it would be difficult if you limited yourself to just the UK. If people think what I’m doing is uncool/unneccassery, then that’s cool too. I think everyone can do what they want with a snowboard and have their own opinions. I think coaching/instructing is cool, it’s the same as going down to a skatepark and when you want to learn something you speak to the other guys down there  and ask them how to do it. I’m doing the same just in a more structured way. 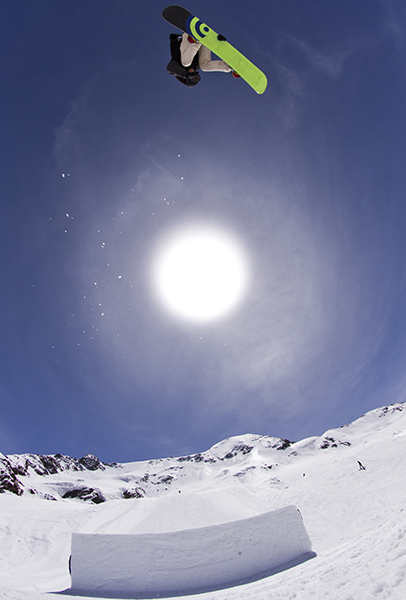 Lewis has earned himself quite a reputation on the British scene for his ability to ride rails and kickers with oodles of style.

Does; instructing, training instructors and coaching give you enough job-satisfaction and allow you time to ride for yourself?

Yeah man, I love it, get super motivated from it. The hard part is finding enough time to ride, but it seems to work. The days I have off and can ride are less than they used to be but I’m more motivated to ride on these days!

Has going through the BASI system improved your riding? Do you apply a lot of the technique and skills that you’ve learnt doing BASI courses to your riding in the park and in the backcountry?

Yeah of course it has. I’m a bit of a tech geek when it comes to my own riding. I use a lot of techniques and think about it all the time, some of what BASI is formulated around and some other weird ideas that feel cool to do.

How long have you been spending your seasons in Morzine?

This is my second year, but I lived in Champery, on the Swiss side of Portes du Soleil for 3 winters before, so I know the area and really love riding here.

What are Morzine and the Portes Du Soleil ski area like for snowboarding? Are there enough parks and terrain to keep an experienced rider like yourself entertained?

Its rad, otherwise I wouldn’t have based myself here. I’ve spent the last 4 winters (this is my 5th) here and never had a boring day!

Do you have any insider knowledge on the best spots to ride in the Portes du Soleil?

You’re going to be working with Mint Snowboard School this season to help train our guys and girls; are you excited?

Yeah it will be really cool, stoked to get involved with Peak Leaders on my home mountain.

You’ve obviously got a couple of your own projects on the go, ‘SuperRad’ and ‘I Ride For Me’, so what does the future hold for Lewis Sonvico?

Yeah SuperRad is what fellow shredder James Sweet and I have set up. In short they’re snowboard camps…We wanted to do something different and do some shred weeks for the people out there that really want to ride, people that get stoked off snowboarding. It doesn’t matter what level they are, we have a few different shred weeks for different types of riders but we also wanted to create something that isn’t just your average week of riding. Create not only a snowboard camp but an experience of the lifestyle behind snowboarding, the industry, how we live our lives to ride the best conditions and terrain. Just create an experience to show what snowboarding really is. At the end of the day, it’s all about making friends, feeling progression and have a hell of a good time doing it.

I Ride For Me.com is my personal website for personal lessons/coaching. A way for people to get in touch with me for coaching or just to see what’s going on in my life. Share the love. It’s kind of a branch off from SuperRad so SuperRad can stay as something special and be able to work for myself at the same time.

Looking forward to see where all this can go and just generally build as I feel needs to happen. There’s too many people doing the same old stale thing out there, let’s mix it up a bit eh?

Any advice for the budding snowboard instructors out there?

Enjoy it. At the end of the day, snowboarding is amazing fun whether you’re on a nursery slope or riding the deepest pow of your life. Share the love and knowledge that snowboarding has given you and enjoy it.

Sometimes it’s hard when you with weather conditions, the people you teach and all the exams you need to go through…. but all in all every time I come off the hill I’m smiling because I’ve been riding all day! 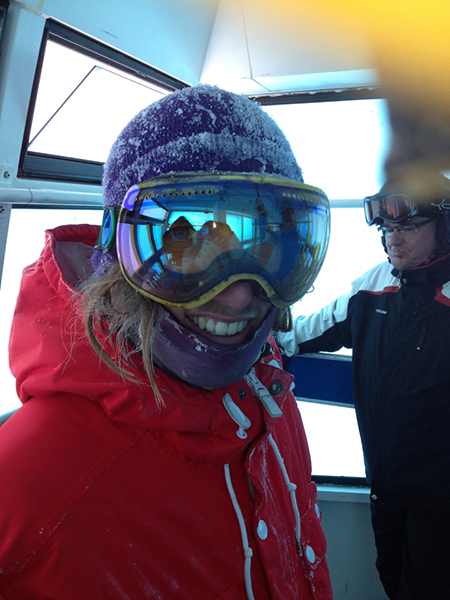