Week 3 of the Banff course has been a busy week both on and off the snow. The weather in Banff over the last couple of weeks has been unseasonably warm, with lows of only minus 10 (admittedly that doesn’t sound too warm!).  With continuous low cloud and flat light it hasn’t been ideal weather for taking photos!

On the hill Kenji has once again increased his expectations of what level the trainees ski performance should be, which is why he is ‘the master’ of ski instructor training in Banff. Like any experienced trainer Kenji is always looking at new ways to take every individuals skiing to the next level. 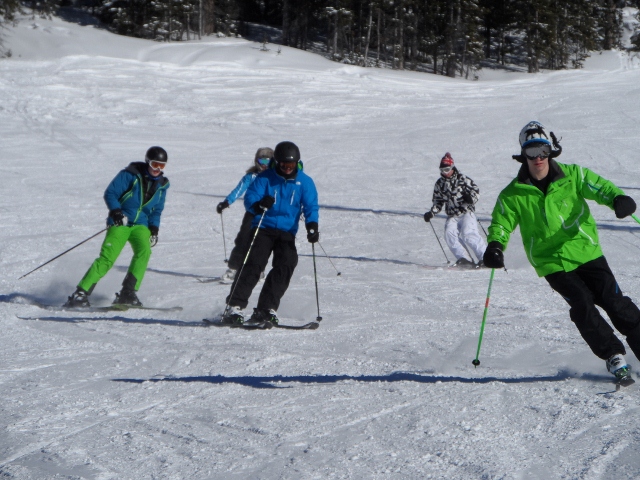 Skiing powder on the double black diamond run “Shoulder” isn’t anywhere near as intimidating as it used to be for the trainees now that Kenji has worked his magic on their technique. 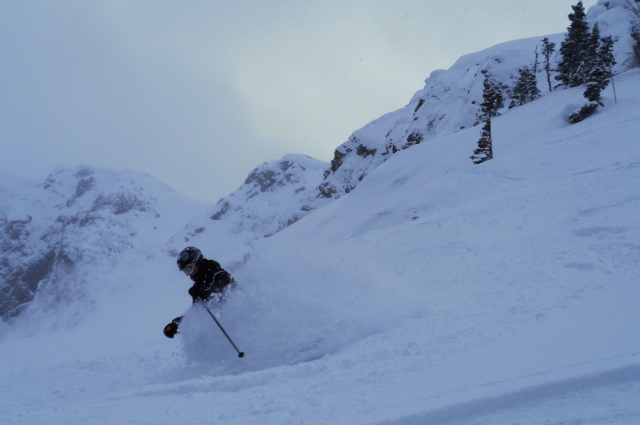 In Banff every cloud has a white and fluffy lining!

With everyone on the Peak Leaders Banff course getting a Big 3 ski pass we trained in Lake Louise on Tuesday to experience different terrain and snow. Fortunately the hill was almost deserted allowing the group to take full advantage.

Whilst at Lake Louise we were fortunate to see some of the entries into the annual ice carving competition; there were some incredible sculptures on display.

Is that a Horse or a Sausage Dog?

Later in the weel, after a fresh dump of powder, Kenji took the group on a tour around some of the steep chutes and off piste tree runs in Sunshine Village; this terrain definitely highlighted any faults in groups skiing technique! 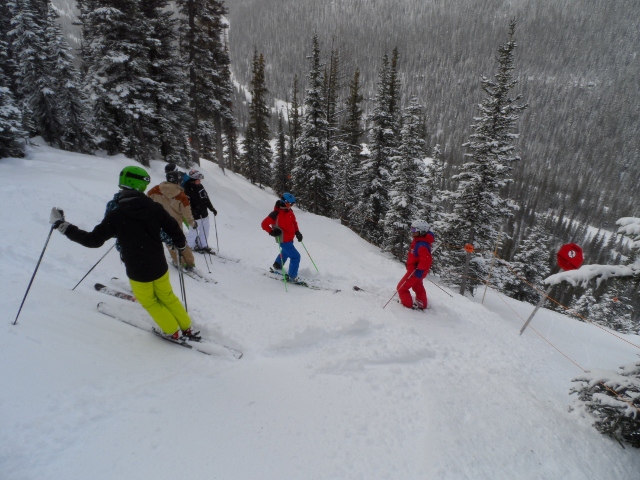 With the arrival of the weekend we finally had some bluebird days (blue sky and fresh snow) and the guys hit the groomers and park with some very interesting results.

On the Après ski front it was North vs South (amongst the trainees) in the local bars weekly quiz…. In a nail biting 3 round quiz the South narrowly beat the North (of course they did Tony). Which was a surprise as everyone knows that Northerners are better looking and more intelligent than Southerners!

Highlight of the week was the “Snowed in” comedy night held at Wild Bills. Arj Barker who is best known playing ‘Dave’ in Flight of the Concords was the star performer in an awesome lineup of comedians. Stand-up can either be a really painful or hilarious experience but fortunately Arj and the other comedians in the lineup had us all in stitches. 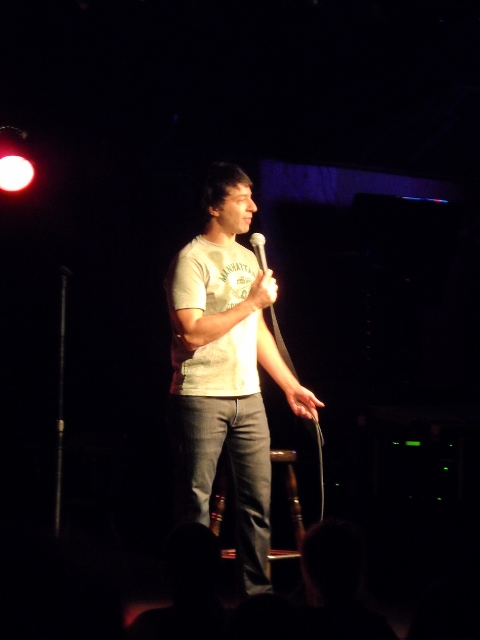 If you haven’t seen ‘Flight Of The Conchords’ then sort it out!

Being a Thursday night Hoodoos followed the comedy and the guys met up with some of the staff from our hotel. Talking of the hotel; as usual the hotel is First Class and the food has been epic! Meal of the week has to be the Alberta Steak with baked potato and sour cream. 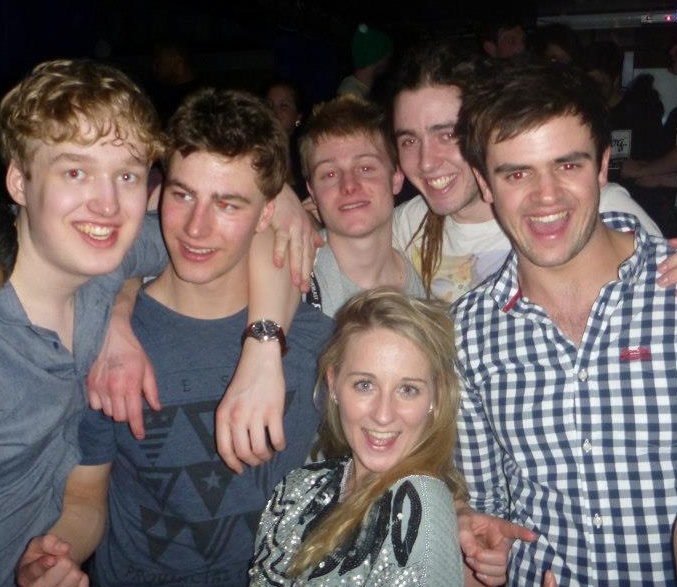 Peak Leaders on the town!

Bluebird day for the trainees!