Over Christmas and New Years Verbier is famous for the massive influx of people into the town. This is referred to as the ‘peak season’ and everything from the bars and restaurants to the pistes seem to be in a constant state of excitement. With the peak season comes an epic nightlife, lift queues and quite a different atmosphere entirely around the village. Big days and big nights made for a totally exhausting and totally epic peak season for those of us in the Peak Leaders chalet. 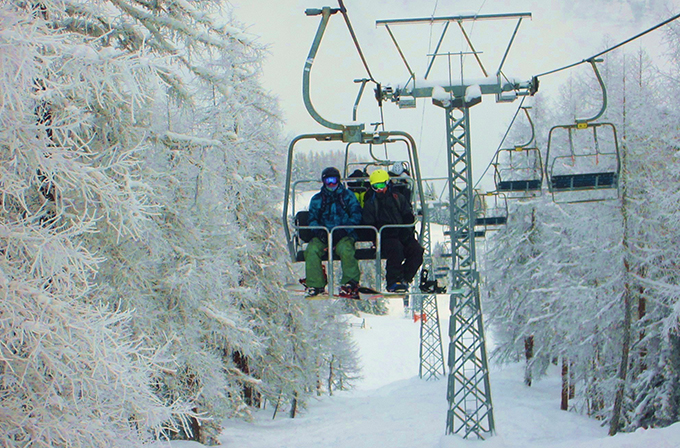 Boys on the Bruson chair

Peak season finished as quickly as it came and before we knew it training was at full intensity and we all felt that we had got our resort back. We didn’t have to wait long either for the snow to fall and restore our tracked-out resort back to the smooth white landscape that we had become accustomed to.  Peak season has left behind a few neat little tricks as well; namely an après ski scene, which is as good as the night-life itself.  Be warned though going from après to evening drinks and then onto a night out does not make for an enjoyable next day on the mountain, but at the time it definitely seems like the right thing to do…  Getting back into our usual routine has been a welcome change for us.  Those of us doing French classes are back to our usual schedule, the Peak Leaders Pilates class is back to full attendance and we all have a bit of time up our sleeves again to relax. 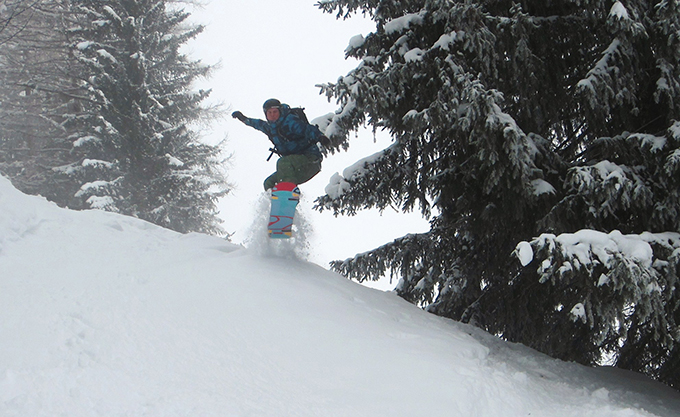 Tim ‘having it’ in the pow pow

On Tuesday the intensity was stepped right up when we had Burton sponsored freestyle rider Orla Doolin take us out for a day of riding park. Riding park is a totally separate skill to riding the mountain so for most of us the idea of flying airborne onto a box or rail and doing something that looks good (or just not uncoordinated) was a bit foreign.  In my case, learning in the park has, until now, been achieved simply by throwing myself onto the feature and praying I came out alive.  Fortunately, this time things were a bit different (and I should also mention that nobody sustained any injuries) which was a pretty good sign that we’d all improved a lot on the course already! Our day with Orla was pretty epic to say the least.  We could all nail the boxes by the end of the day, Daniel in particular hitting one of the boxes with a lot of style.  I managed a rail after a number of unsuccessful attempts and Orla just went to town pulling out 3’s and 5’s along the rails and boxes leaving us all for dead. We had Peak Leaders’ Tom Ewbank join us as well with his camera to capture our progress – stacks included, and I’m sure the link to his viedo-edit will go up on the website as soon as it’s finished!  I can’t wait to see it. 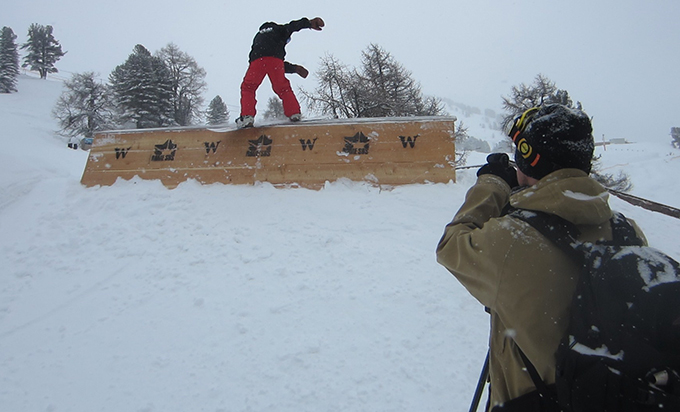 As well as riding with Orla and being two weeks from our BASI level 2 exam, this week has been ski safari week.  I was slightly sceptical about leaving Verbier but I have to say that I have been pleasantly surprised to say the least. The resorts we have visited so far have been Bruson and La Fouly.  Both are small resorts with tonnes of powder, tonnes of tree runs and literally no people. After a day in La Fouly Magnus himself (our Peak Leader’s dude here in Verbier) confided that at one point he found it weird riding through the itinerary runs (avalanche-controlled off-piste runs) because it felt “unnaturally empty and eerie” after Verbier.   In Bruson our group, lead by ES’s head of snowboarding, Gibbo, spent the time hitting natural features in the itinerary runs, cruising through the powder in between the trees and were exhilarated and exhausted in equal measure by the end of the day.  As I write this, tomorrow we’ll be spending the day in Crans Montana, which by all reports is a fantastic resort with an epic park for us snowboarders. So all in all ski safari week has been a tiring week but a huge success. 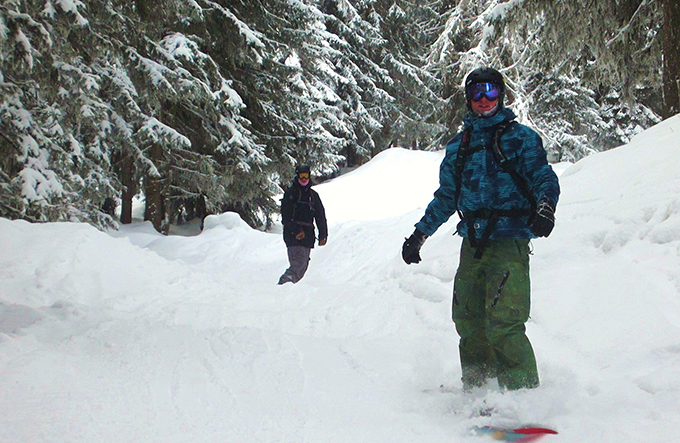 The course is going very well here in Verbier. Everyone has been making the most of their time in the Swiss Alps and we’re all looking forward to the weeks to come.