Christmas and New Year’s weeks are two of the busiest weeks in Verbier. The town is hectic with thousands of British, Swiss, Russian and Scandinavian tourists. Not only is the town really busy; so are the Peak Leader trainees, who have been enjoying a packed schedule. Over the past couple of weeks the guys have been shadowing lessons in the mornings and training hard in the afternoons.  If you’re lucky shadowing can involve following the ES Falcons (the children’s race group) around the mountain, but one ‘not so lucky’ trainee has been selected each day to ski around dressed as the ES Ski School mascot………a Penguin! 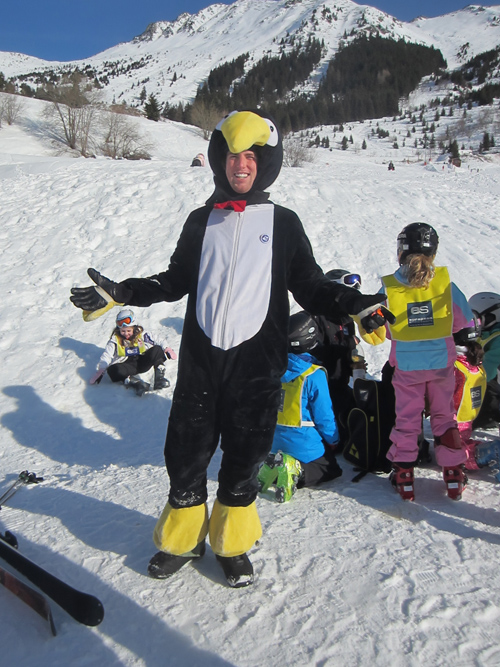 The life of a ski instructor…….living the dream!

Once the shadowing has finished and the afternoon starts the serious stuff begins. Over the past couple of weeks the snowboarders have been concentrating on riding an array of different terrain to help them become more ‘complete’ riders; off-piste, park, piste, moguls……you name it, they’ve ridden it. 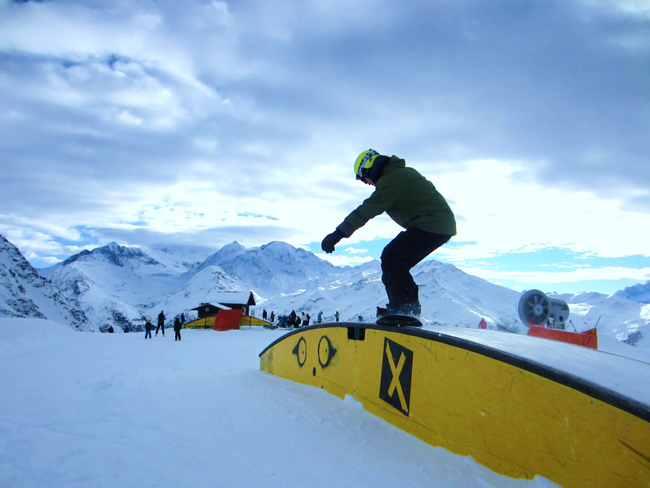 Looking for that pot of Gold!

After all, powder and park make for happy snowboarders: 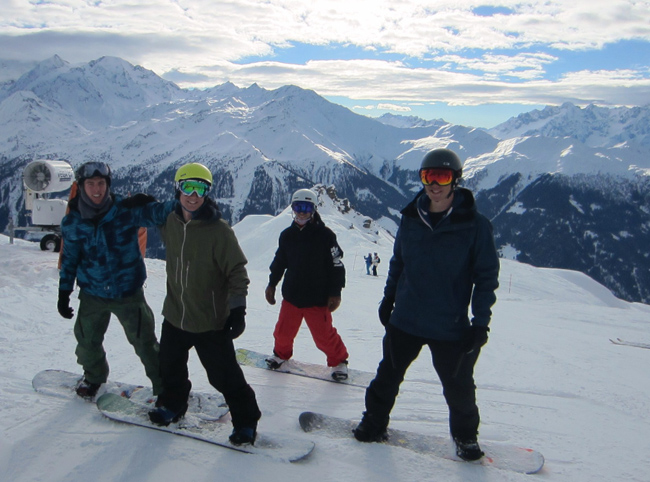 For the whole of this week the skiers have had the benefit of a fresh pair of (occasionally stern) eyes watching over them, in the form of Julian – a highly experienced trainer, examiner and instructor who owns European Snowsport. Like Emma; Julian isn’t afraid of leading a charge down a steep section of moguls: 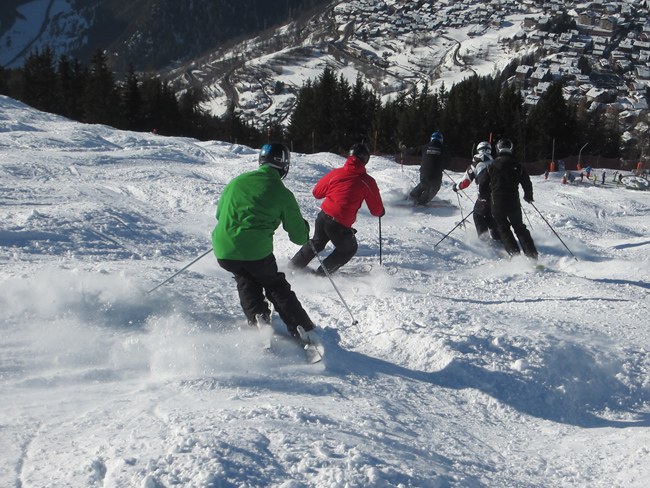 As well as tearing-up the moguls Julian has introduced the trainees to a range of more challenging exercises, including one-legged side-slipping (useful for those lost ski moments?) and switch carving (aka backwards): 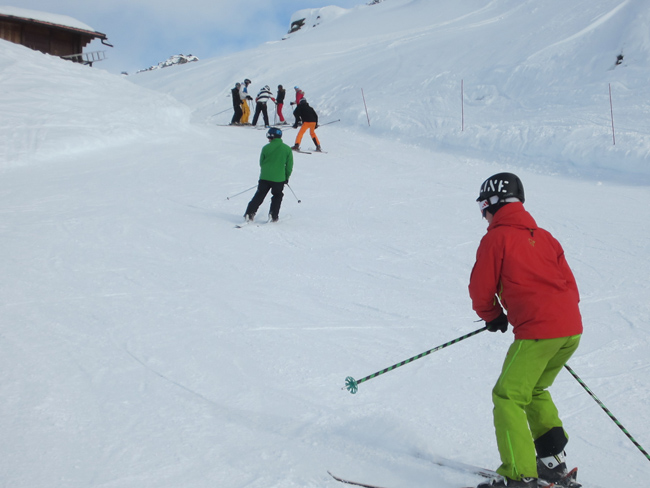 No they’re not skiing up-hill in an inverted snowplow

Not forgetting what skiers do best, which is simply ripping it down a steep piste, often in close formation: 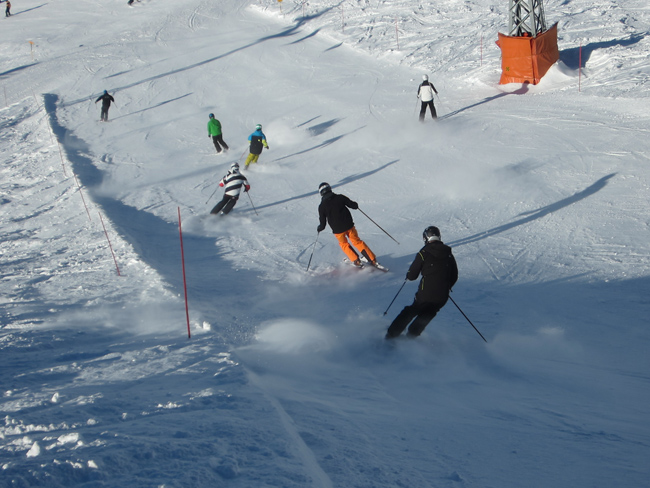 And so to finish this blog entry where it started: New Year’s Eve.  One of the two biggest nights of the year in Verbier, perhaps beaten only by the town-wide fancy dress celebration of Mardi Gras in February (tune in then for more detail).  It’s difficult for a single picture to do it justice, but try to imagine the entire town trying to cram into the central square, whilst a quantity of fireworks that would have put Sydney’s Millennium celebrations to shame, explode overhead. If you can’t imagine that then perhaps this photo taken just before midnight (in which the sheer amount of fireworks have turned night into day) might help.  Bonne année. 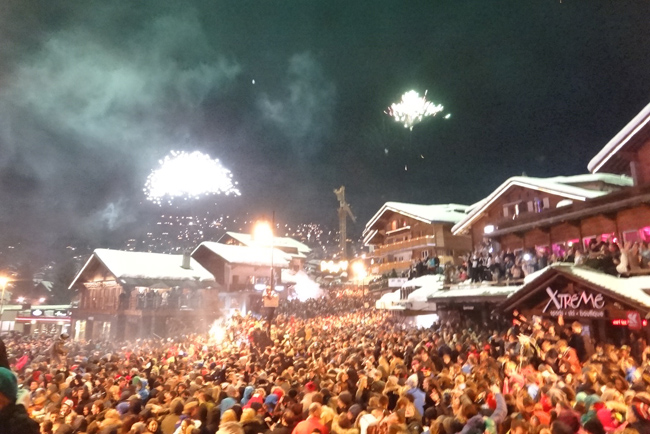 Definition of a ‘bad idea’ – cram as many people as you can into a small area and give them fireworks and alcohol!