The last couple of weeks have been a total blast in Camp Verbier. Despite the BASI Level 2 being on the horizon there has time for both work and play.

‘Work’ involved focussing on the trainee instructors’ high-end performance, whether it be skiing or snowboarding.  Admittedly if you’re reading this from your desk at one of the world’s fine but mountain-less cities, that won’t sound like work as you know it, but when one of Verbier’s finest trainers is videoing your performance for subsequent video-analysis, you’re under pressure.

Gibbo and his camera

While primary trainer Emma took a well-deserved week away, the trainee ski instructors had the benefit not only of the ES Verbier’s Technical Director, Nick, and ES Zermatt’s Technical Director, Freddy.  What those two don’t know about skiing analysis could be written on the tip of a ski pole.

Our skiers in Verbier with Nick and Freddy

With the excitement of Christmas and New Year now well out of the way, Verbier has been beautifully quite on the slopes, with the training groups practically having the pistes to themselves. 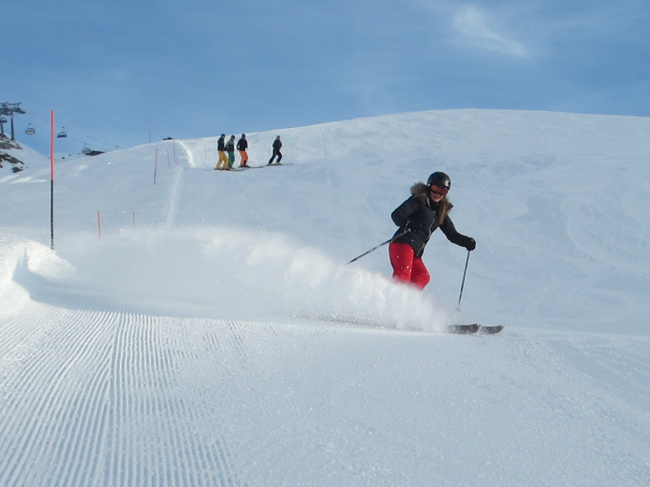 Peak Leaders trainees having the slopes to themselves.

So that was the ‘work’, what about the play?  Worry not – the skiers had a long-awaited park and powder day: ripping it down the off-piste and heading straight into the park.  Fortunately those empty pistes meant that much of the powder was just waiting for the trainees to lay some tracks into:

Super Scandinavian skier, Mathias, led the trainee ski instructors around for the day.  With a double backflip amongst his arsenal of tricks, and having recently made the podium on the World Freeride Tour Qualifier, Mathias has some very impressive skills. 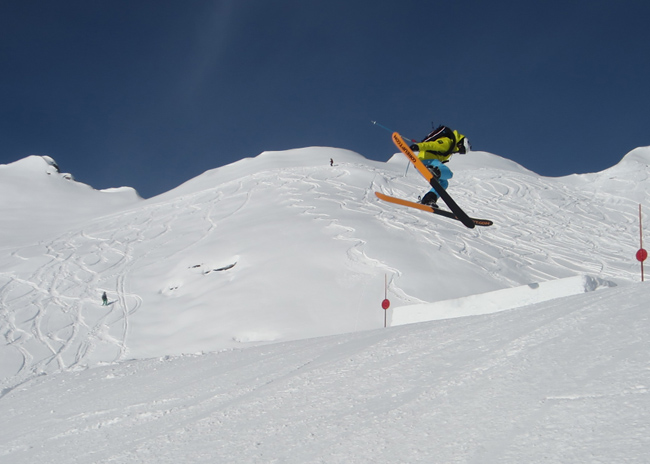 Mathias giving the trainees a touch of inspiration with a pair of water skis on his feet!

Mathias was able to improve the all of the skiers’ performance in the park during the session, with everybody taking getting some big air off the red kickers by the end of the day. 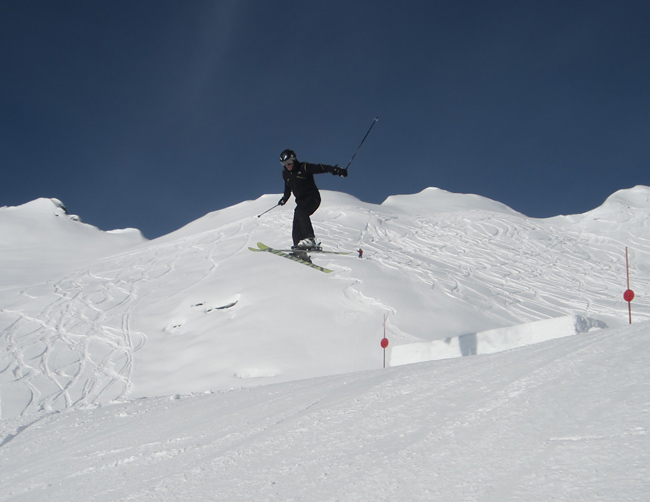 Don’t worry the snowboarders didn’t miss out on all the freestyle fun.  It’s hard to keep them out of the park and this week was no exception especially as freestyleis part of their regular training.  Here’s Tim, who’s just starting to nail down his 360s, taking a more conventional straight air in the Verbier snowpark: 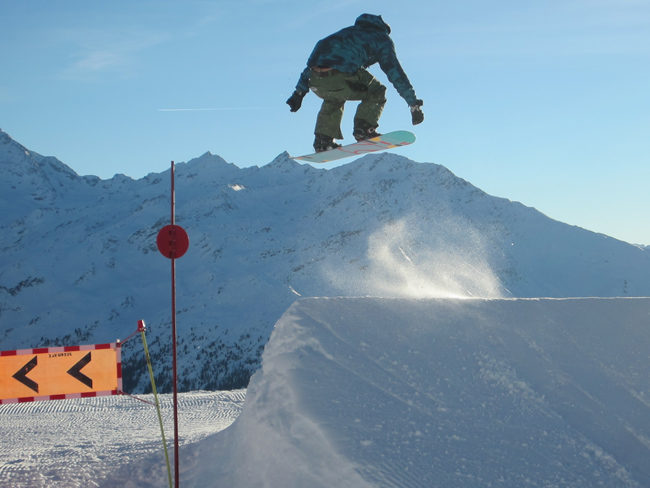 When he isn’t busy killing himself on rails Tim likes to clear entire mountains on his snowboard.

One thing that will get snowboarders out of the park though is powder, and once again Mother Nature stepped up to the challenge and blessed Verbier with another soft frosty coating.  Cue the snowboarders heading straight for Savoleyres – Verbier’s less-frequented ‘second’ mountain, but famous for its potential for tree-runs and all good things pow-related…

Verbier at its best!

So on to last week………and what a week it was!  Last week was Ski Safari week for the Verbier trainee instructors and that meant combining a full week of training with day trips to three other ski resorts near Verbier, giving the trainees the opportunity to ski new mountains, as well as introduce them to parts of Switzerland that are a little off the beaten track.

First up was Bruson – while only just across the valley from Verbier and the wider Four Valleys domain, Bruson is largely overlooked by the many visiting skiers.  As a result, the trainees have had the piste and powder to themselves.

Although those welcomingly empty pistes made for great training conditions, Bruson is much better known for its plentiful powder and accommodating tree-runs.

And then on Tuesday, as if the week wasn’t action-packed enough, it was time for the snowboard trainees to enjoy a day out jibbing in the nearby woodpark with Burton pro-rider, Orla Doolin.  Orla soon had the snowboarders attempting rails and wall-rides (and the two combined) that they had previously thought well beyond their ability. 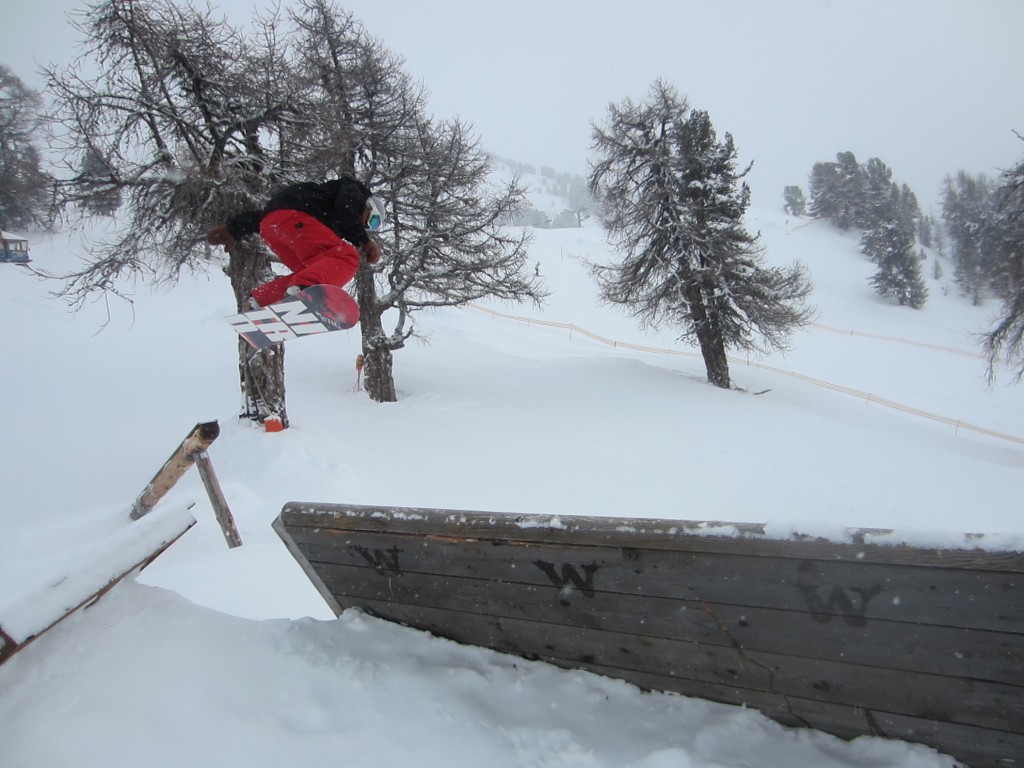 The fun-packed rollercoaster of a week rolled on Wednesday: this time a trip to Fouly – a resort less than 30 minutes from Verbier, yet even less visited than lonely Bruson.  Cue a day combining both further training, and ripping down some exciting new runs. 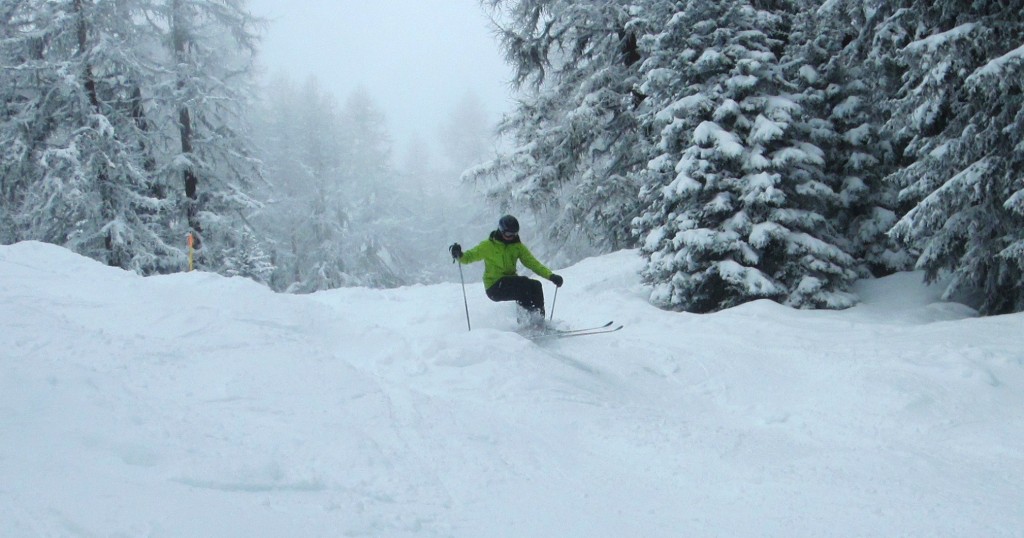 Fouly……not as ‘foul’ as the name would suggest. 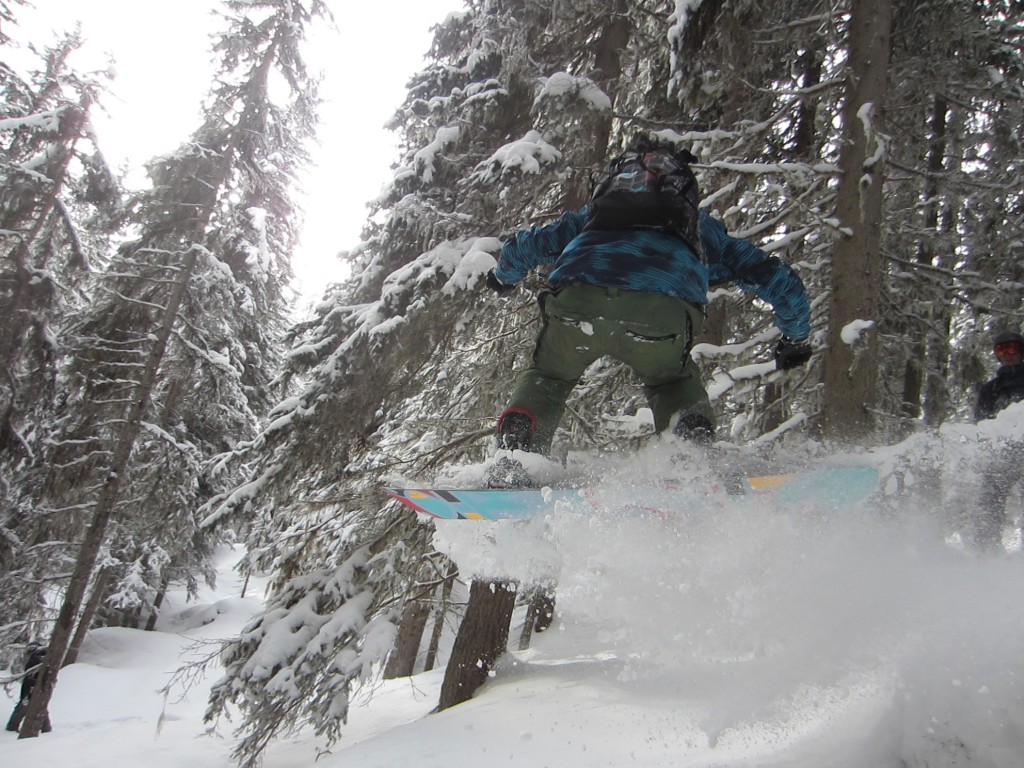 Thursday was a welcome respite for the trainee ski instructors, after all their hard ‘work’ travelling to other resorts, with training simply in Verbier itself.  At the end of last week, the trainee ski and snowboard instructors travelled to the resort of Crans Montana, a medium-sized resort within a day-trip distance of Verbier and beautiful place to spend a day skiing somewhere different. 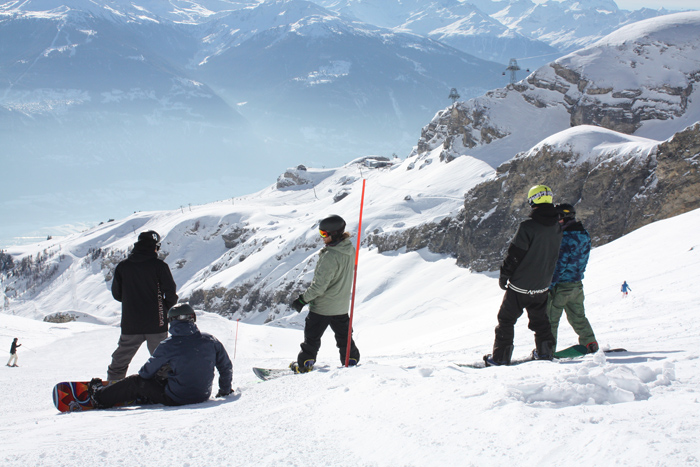 Within a few minutes of getting up to the top of the resort, the trainees were loving their new temporary surroundings.  On top of their training – and with little more than a week of training before BASI 2 budding instructors’ minds were concentrated almost entirely on that – there was so much to explore and do.

Emma and her gang descending on an unsuspecting Crans Monatana

Needless to say, the skiers enjoyed a fair amount of ripping about the pistes… 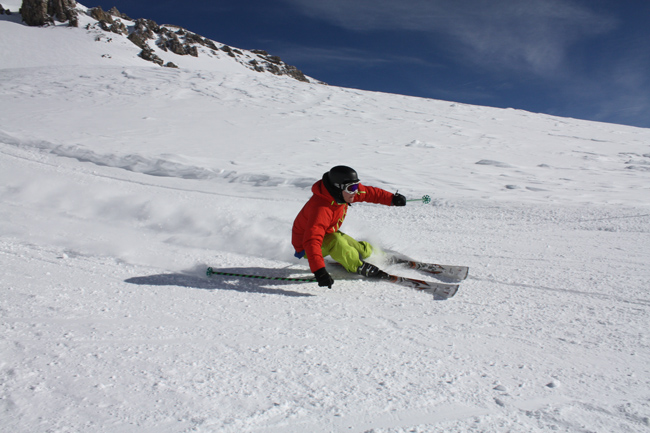 Emma’s training has certainly rubbed off on Wij

While the skiers were doing their thing on the piste the trainee snowboarders contemplated the expanse of relatively untouched powder. After just a day they managed to completely track out the resort and still had time to do a couple of laps through the perfectly shaped park! Crans Montana was the perfect end to an awesome ski safari week for our ski and snowboard trainee instructors and won’t be easily forgotten. 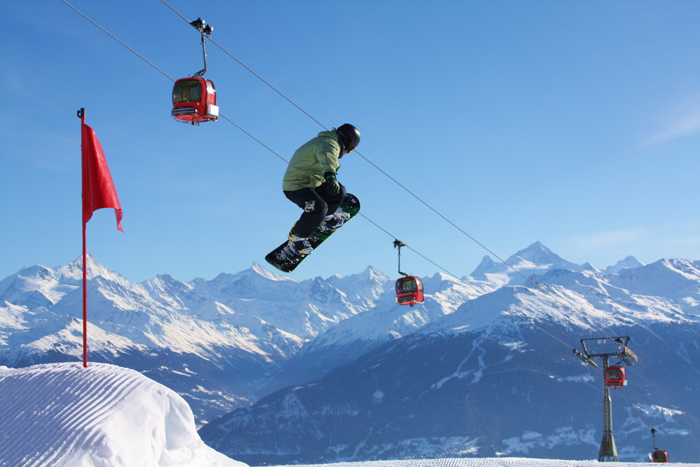