Week 4 of the Banff course and the penultimate week before the CSIA Level 1 exam and the trainees have been perfecting their skiing technique and teaching skills under Kenjis ever watchful eyes. 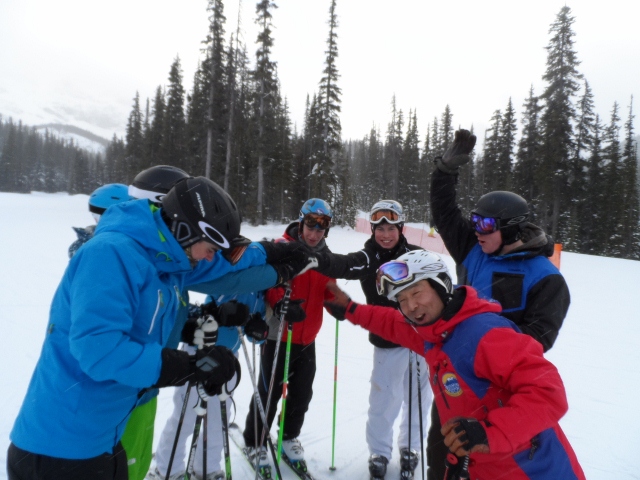 Fast Track To Parallel (FTTP) is the 6 step system devised by the Canadian Ski Instructor Association teach a complete beginner to become a confident parallel skier and is taught in all Canadian Ski Schools. As this is a major part of the Level 1 exam the trainees have been teaching each other using this system to build up their teaching experience. 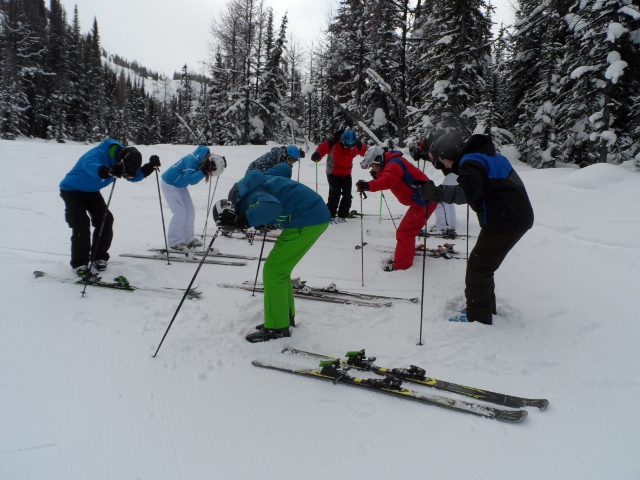 As with the past couple of weeks it’s been fairly overcast but the snow continues to fall and the trainees have had a nice layer of powder fall on top of groomed slopes, perfect snow conditions for training! Surprisingly the temperature got above freezing this week so we took a little trip to the nearby town of Canmore which was beautiful in the sunshine…… 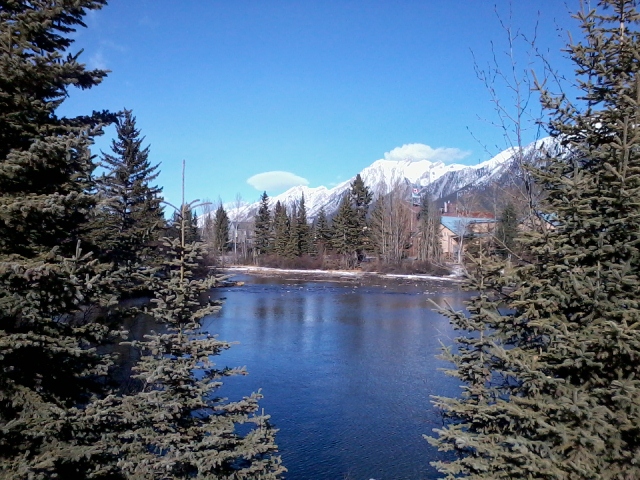 In the brief moments that the sun has reared its head these are the views we get to see!

Although training has been fairly intense Rob, one of the trainees out here, had to return to the UK for an exam. He must have got off the flight gone straight to the exam hall and then got straight back on a departing flight, because he managed to make it back just in time to lead the weekly Thursday night out in downtown Banff. As with every Thursday night we had a late night stop at Ardvark Pizza on the way home.

Superbowl Sunday is huge in Canada because so many Americans either work or ski in Banff. In an effort to embrace (and understand) this crazy game the crew hit The Elk & Oarsman for a Super Bowl party where we managed to get free T-shirts, food and drink….. good work people! 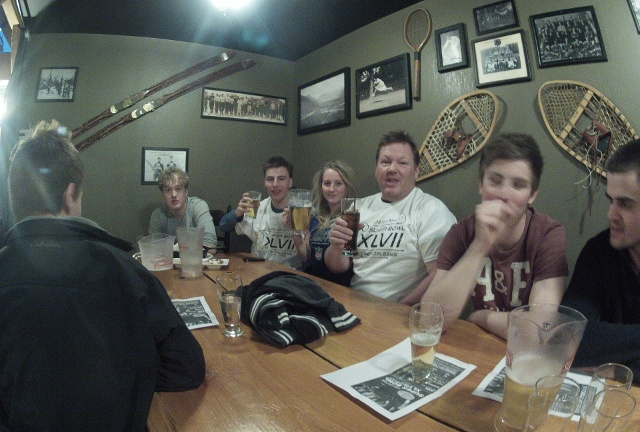 It’s amazing how fun anything can become with free beer!

Some of the group are beginning to get be remember by their exploits at the start of the course… we will leave the reasons behind these quotes to your imagination….

“YMCA” (nothing to do with the song) Callum.

“oh no I can’t believe I fell asleep” Alex 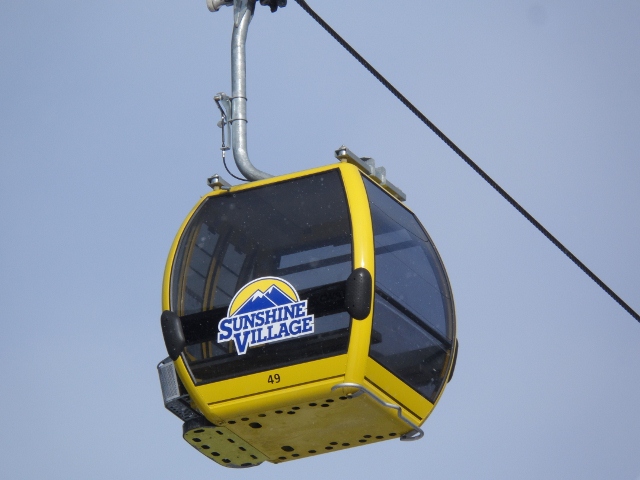