Week 5 of the Banff course was all about  the CSIA level 1 exam.

On the two days before the exam Kenji fine-tuned everyones skiing so that the crew was as prepared as possible. The course conductor (examiner) was former Peak Leaders Trainee Tom Bazley. 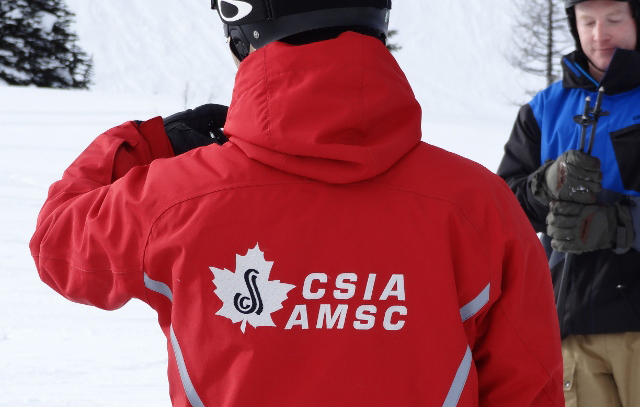 Tom was a trainee on Peak Leaders Nakiska Canada course back in 2004. Having completed the course Tom worked at Nakiska as a ski instructor for 2 seasons before moving to the Silver Star Resort where he completed his CSIA level 3 ski instructor qualification. As well as working in Canada Tom taught himself Spanish and worked 3 southern hemisphere winters at El Colorado in Chile.

For the last two seasons Tom has been an Instructor at Lake Louise Resort and has one more course to take this season to become a CSIA level 4 instructor – the highest qualification you can get in the Canadian system. Tom now lives in Canada all year round and works as a personal trainer in the Summer. In Tom’s own words he said to this seasons Peak Leader Banff Trainees “the system works – 8 seasons ago I was you!” 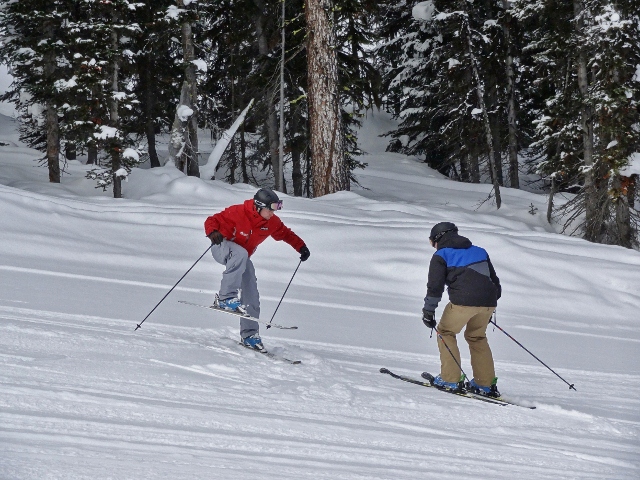 During the level 1 the trainees worked on their ski performance and delivered teaching sessions and looked at skier analysis and correction of skiing technique. The guys had “homework” reading to do each evening and some very early nights were had during the course….. following the advice of Tony’s old wives tale “an hours sleep before midnight is worth 2 after!”

Who needs piste bashers when you’ve got trainee instructors!

The final day of the exam and there was a very hushed breakfast as everyone sat contemplating the day and results ahead.

On the subject of breakfast and meals…. The Rundlestone lodge where Peak Leaders is based in Banff has been undergoing renovation work to make the restaurant into the new home of the famous Banff Bumpers Steak House. The restaurant is almost finished and opens fully this weekend. The new interior design is uber cool!

Anyway, I digress, after a final morning of working on their skiing technique and an afternoon of teaching tips the crew had an anxious wait at the Creek Side Lodge for their results. After a short wait at the Lodge Tom delivered the results – 100% pass rate for the group. 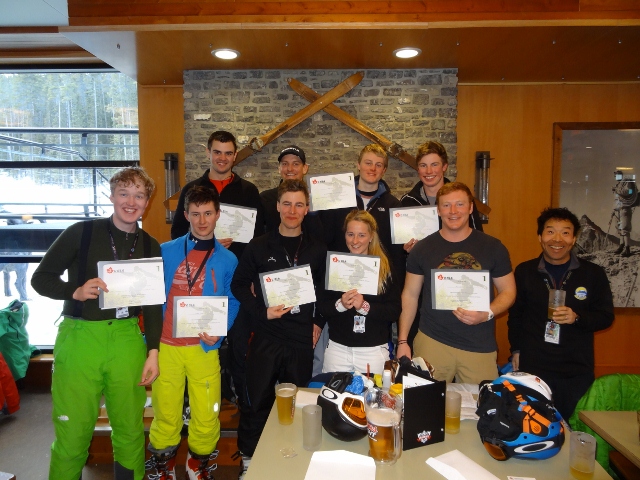 Several jugs of beer were dispatched and an epic night of celebrating in Banff will be remembered by those who can remember it!

What’s better than after passing your level 1 than a lie-in and then getting up to a  beautiful sunny weekend and the crew watched the final of the street hockey competition on Banff Avenue (Canadians take ice hockey very very seriously – and the same goes for street hockey) and they start them young! 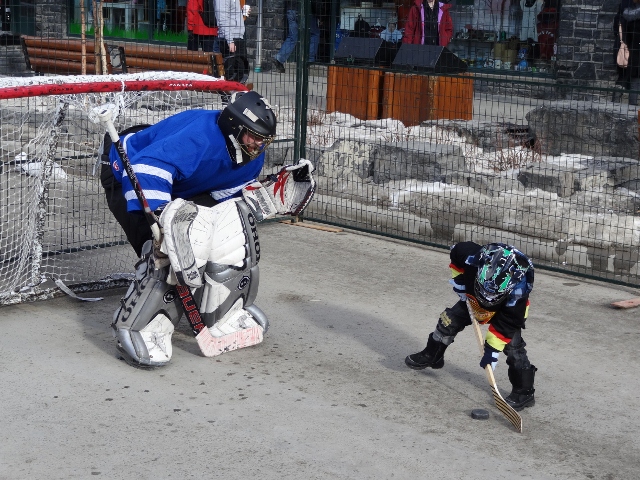 Moments later this youngster took off his gloves and helmet and began fighting the keeper!