Week 6 for the Banff crew was welcome respite from the stresses of the CSIA level 1 exam week. After such an intense week everyone was up for some hardcore skiing. Fortunately in Alberta you don’t have to wait long for the next powder dump to arrive and the trainees had the perfect combination this week of fresh snow in the mornings and bluebird days.

Kenji’s magical mystery tour of  Sunshine Villages “steeps and deeps” led us all around the resort getting fresh lines on double black diamond chutes, tree skiing and the untouched “the shoulder”. 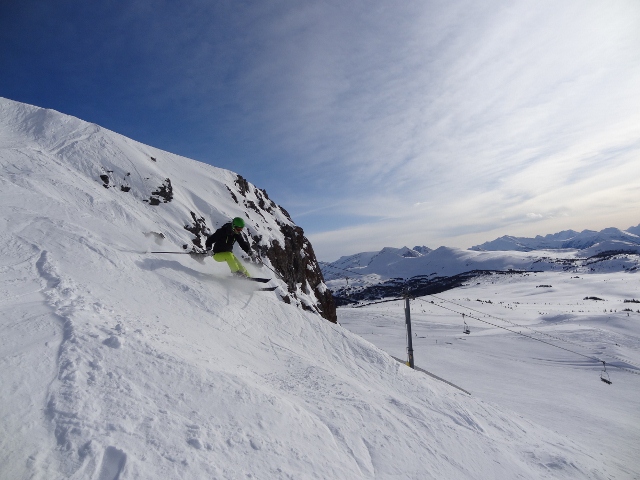 Everyone loves a bumps field right? No?  Well on week 1 of the course the Banff trainees looked like “crash test dummies” coming down the bumps underneath the Goats Eye Chair.  Not anymore! The crew look like Ski Instructors, following Kenji’s line through the bumps and the two A’s “Geordie” Alex & “I cut my own hair badly” Alex leading the charge with nimble legs. 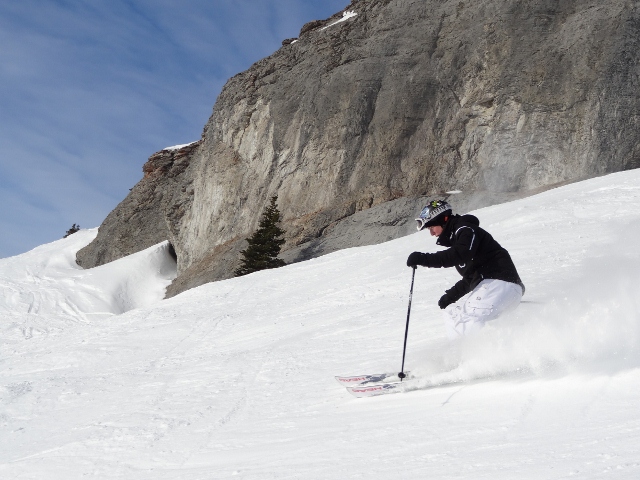 All part of Kenji’s amazing tour

There was a great comedy moment as Callum managed to use the top of the last three bumps of his run as jumps, which was never going to end well…….

Without a doubt the highlight of the week was going Cat Skiing with KPow at a disused ski resort called Fortress Mountain. Fortress Mountain closed a few seasons ago and is now the number one place for film crews to use for skiing and climbing shots; both Inception and Bourne Legacy were filmed there. Fortress is planning to reopen next season but for the moment the only way to ski there is by using a Cat (piste basher) to get up the hill. Every cloud……. 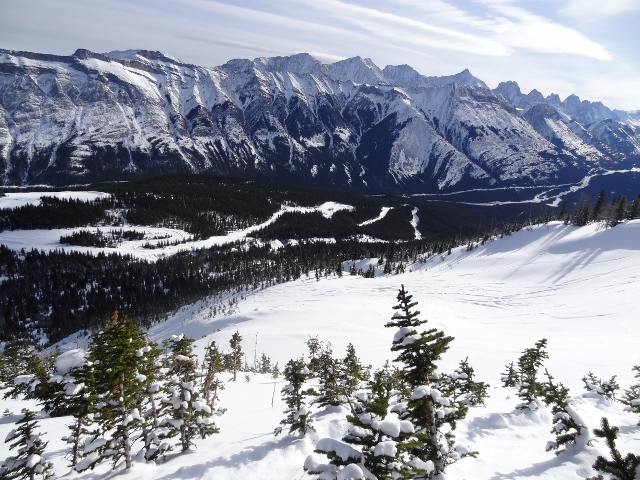 Our own private powder-covered ski resort for the day! 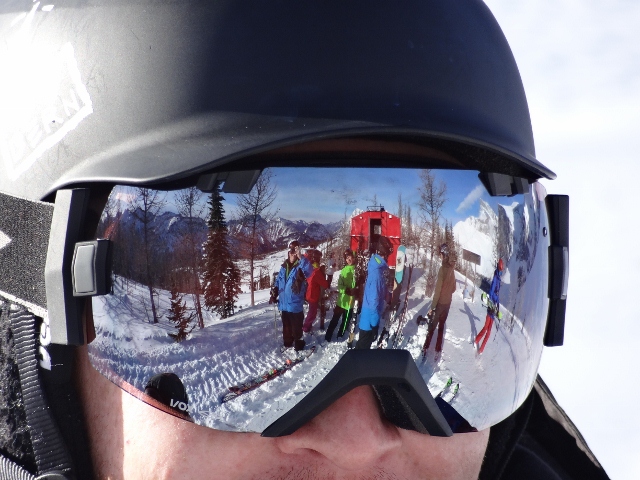 7 years bad luck if you break these goggles…..

Once at the top of the hill it’s on with the fat skis, shred some fresh lines all the way to the bottom of the run then repeat! Fortunately for us we had some nice fluffy powder fall the night before! 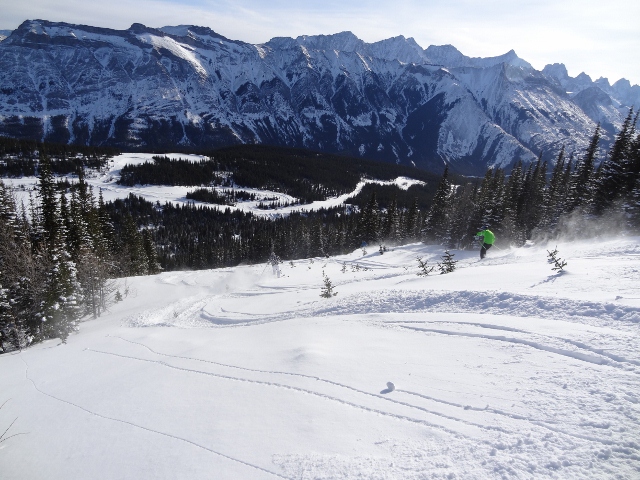 If you don’t like powder then this resort really sucks!

It was an amazing day and quite strange to be the only people in the whole resort and skiing under the old chair lifts. 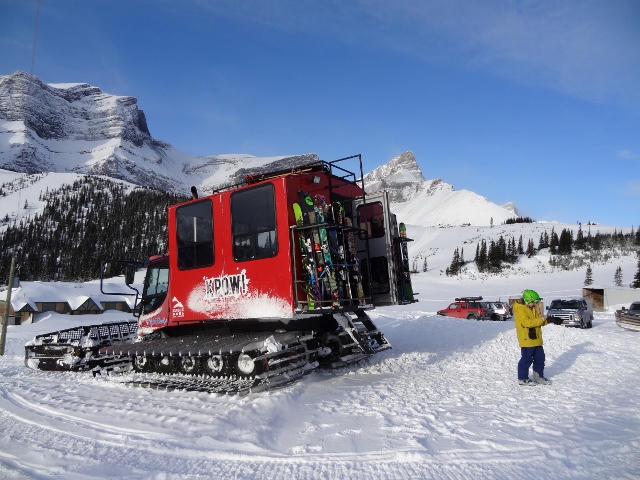 Not as rare as some other Big Cats……but way more fun.

Most improved skier this week is Neil who used to employ a ‘guts for glory’ approach to his skiing but has now changed his technique. He is now a completely different skier compared to the crazy man at the start of the course! On the Après ski front the Level 1 pass celebrations continued with the crew hitting the The Devils Gap & Pump and Tap Pubs and the Dancing Sasquatch, Hoodoo and Auroa Clubs.  Stopping off for the famous late night Aardvark Pizza on the way home! 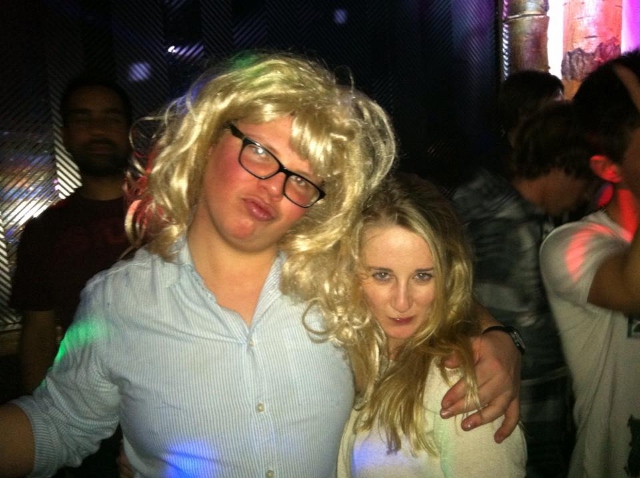