Week 7 on the Banff course started with the trainees taking the two day  Avalanche Safety Training Level 1 which is run by the Canadian Avalanche Centre and is a nationally recognized course.

Mischi one of the senior ski patrollers at Sunshine Village was the course tutor and with a mixture of classroom sessions and in the field practical exercises Mischi showed the group what avalanche dangers to look for and how to choose a route if venturing into the back country. 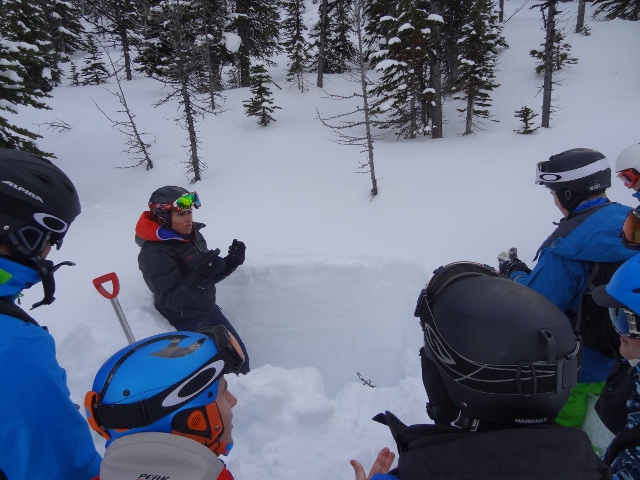 The group worked on their avalanche transceiver skills by pairing up with another person and burying a backpack containing a transceiver. The individual not responsible for burying the transceiver was then tasked with locating it, probing for it, then digging it out. The usual air of competition between trainees surfaced with backpacks getting buried deeper and deeper!

The highlight of the course was the chance to venture into the famous Sunshine Village special restriction area Delirium Dive. Anybody venturing into this backcountry must ski or ride with a partner and have a transceiver, shovel & probe. 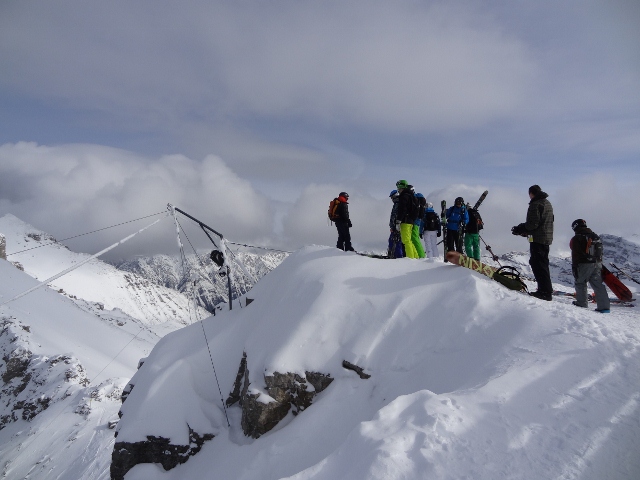 Trainees on the top of Delirium Dive

It’s a “gnarly” adventure to get into and to ski Delirium Dive! 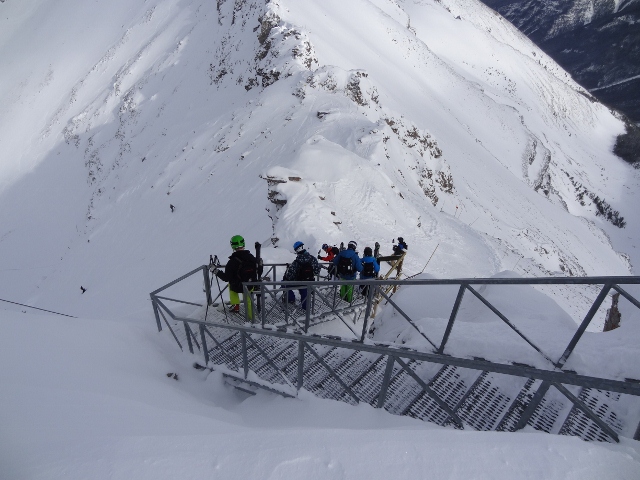 Mischi in her regular day job as a ski patroller is responsible for the avalanche control work in “the Dive” and showed the crew the areas that need constant checking by the patrol. Everyone left the AST1 with a much greater knowledge of snow conditions and how to stay safe when the Avalanche risk is high.. 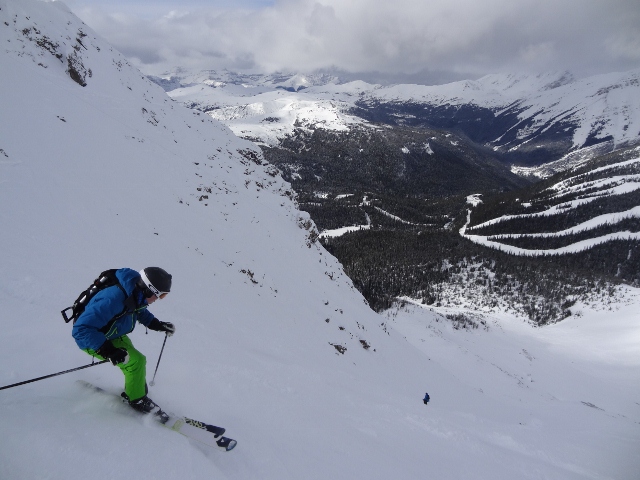 As well as the AST level 1 training; the CSIA level 2 continued with Kenji giving the group detailed/specific feedback on particular areas of their skiing.  The numerous  “jigsaw pieces” that make up the trainees skiing are finally fitting together. With just 3 weeks to the Level 2 the huge improvements that the trainees have made are really showing. 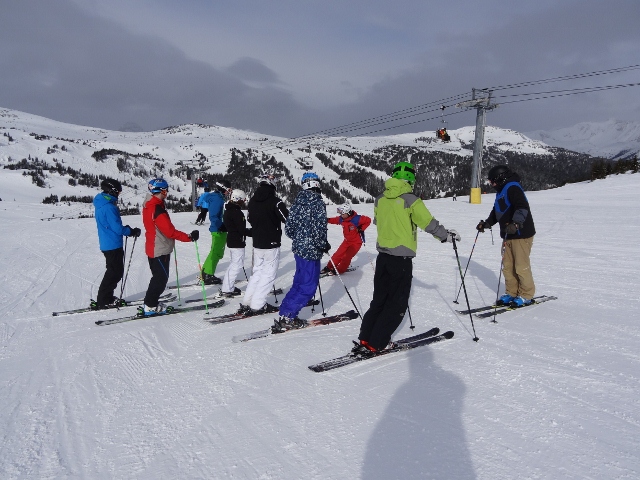 iPad Monopoly has been in full swing this week with the game continuing on the bus, gondola and in the mountain lodge. ‘Geordie’ Alex likes to call himself the Monopoly Tycoon after cleaning up and bankrupting everyone else in the game!

The highlight this weekend was a trip to Canmore on the local bus to grab some food and then to watch some ice hockey (Canada’s national sport). In what can only be described as a “bruising” battle Canmore Eagles were beaten by the Drumheller Dragons 5-3. We were treated to a night of pumping music and a fast paced game, along with the usual player punch-up,  which gave the guys a great slice of Canadian life! 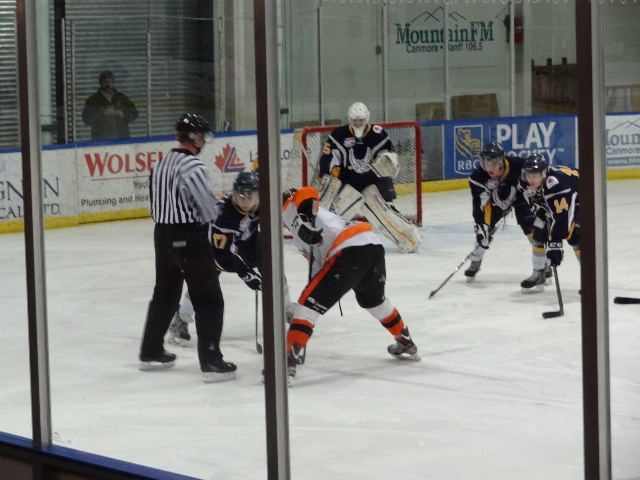 Canada’s national sport is definitely worth a watch