Week 4 in Morzine was supposed to be a chilled-out week for the trainees after a very busy week during the BASI 1 exam. Although it was a little more relaxed than the previous week, week 4 in Morzine was still pretty intense with both skiers and snowboarders; completing valuable shadowing hours, training a couple of hours a day, and completing an Avalanche Awareness course.

The snowboarders at the top of a peak after a little hike!

Immediately after finishing their BASI level 1 the snowboarders were back on the slopes taking their Avalanche Awareness course with Pinchy Dave from Mint Snowboard School. Dave not only showed the guys and girls how to read snow conditions by digging pits and thinking about previous weather systems, but he also showed the trainees how to use a transceiver and react in an Avalanche situation.

Unsurprisingly all of the trainees were a dab hand with an Avalanche transceiver, that was until group leader Tom hid a transceiver in a tree……..”that old chestnut!”  Nevertheless, with Joe’s leadership qualities, Stevie’s telephone manner, and Cookie’s digging skills they managed to find the hidden transceivers in no time! After learning how to use a transceiver it was time to go for a shred in the fresh powder; Chatel proved to be a hidden gem and Sam’s constant smile combined with Dave’s frontflips made for an unforgettable afternoon! 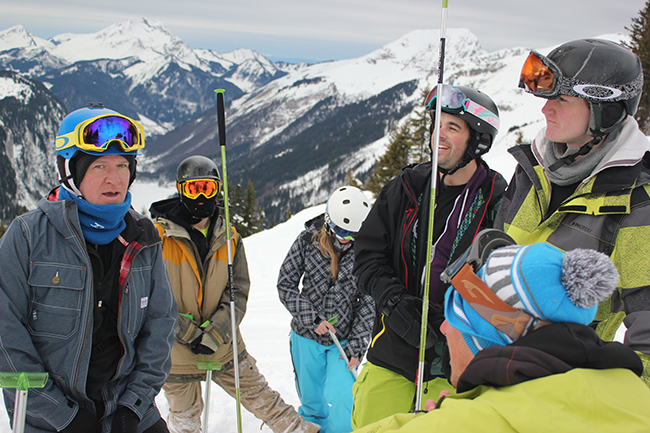 You could do far worst than have these guys come to your rescue!

During the week the schedule for both the skiers and the snowboarders involved shadowing in the mornings and training for two hours in the afternoons. Shadowing involves following a lesson around and watching the instructors every move; it’s a great way of learning useful tips that you don’t get taught in the BASI syllabus. For many trainee instructors it’s invaluable experience that separates the BASI system from the other instructor qualifications out there. For snowboarders Steve and Cookie their shadowing proved a real eye-opener as they had to deal with a real-life medical emergency. Being the true professional instructors that they are they dealt with the whole situation very calmly and professionally……nice one boys!

Training throughout the week was delived by Pinchy Dave, for the snowboarders, and by John Dunn for the skiers. Both are highly experienced instructors that have lived in the Portes Du Soleil for a long time. Their feedback over the last week has been really useful and there has been a great deal of improvement in all of the trainees skiing and snowboarding. 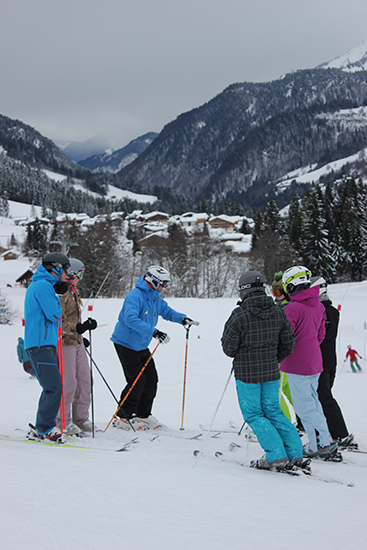 John doing what John does best.

At the end of the week the heavens opened and we had some serious snowfall in the Portes Du Soleil. This just so happened to coincide with the skiers Avalanche Awareness course which was run by BASS instructor and newly qualified BASI examiner James Crompton. The day was a massive success with all of the trainees enjoying both the theory and the skiing.  Unfortunately somebody must have ‘called’ their last run which jinxed poor old Johnny Nolan. Whilst descending some knee deep off-piste John had an altercation with a cat-track, which ended in John temporarily loosing his memory, his skis and his backpack. Fortunately John was in good hands and the next day he was right as rain…….but only after a stint at one of Morzine’s delightful medical centers. 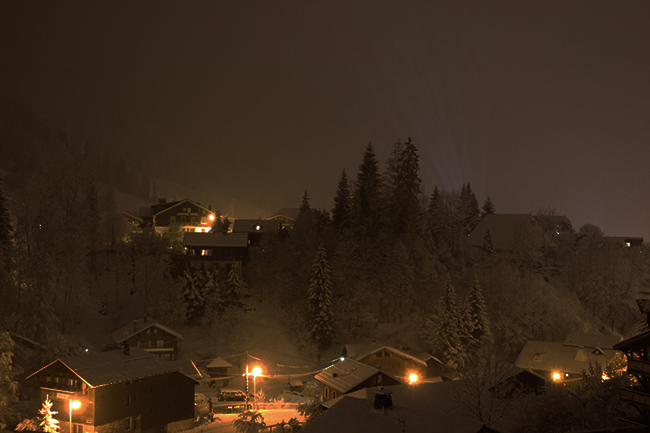 As Sunday was a day-off for everybody the majority of trainees went for a ski or snowboard in the morning to take advantage of the ‘phat’ powder. Once the ‘leg burn’  had set in we all met up at Aquariaz, which is Avoriaz’s giant swimming pool and rapids. It made a nice break away from the slopes and even Cookie managed to get to the top of the halfpipe at Aquariaz……..which is saying something! 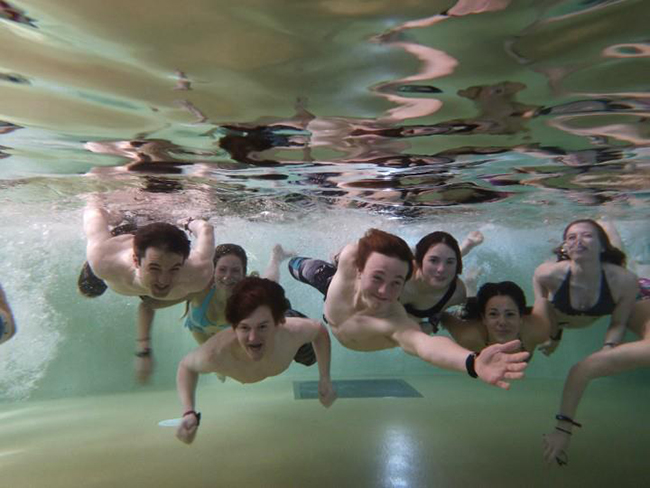 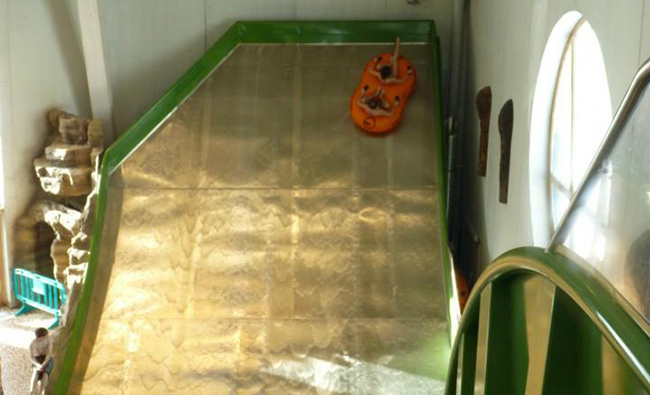