The end of one era traditionally means the beginning of another, and here in Verbier tradition is honoured.  For the first group of Peak Leader trainees that means their course has finished, with most of them currently teaching in resort over the busy holiday period. Nevertheless, just as importantly an excited group of new trainee ski instructors have begun their training. 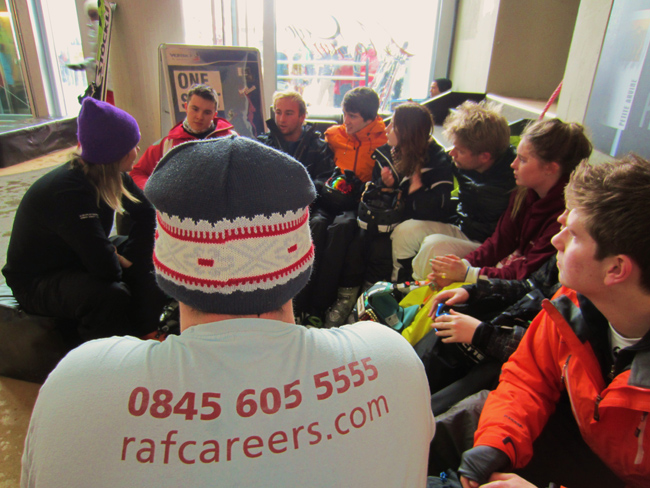 No we’re not getting advertising money from the RAF…….although we probably should be!

To begin with the guys and girls met with Emma Cairns, their primary trainer for the duration of the course. After a brief introduction and a quick chat with Emma it was time for the guys to get their boots on and head up the Medran lift for a ‘nervous’ day of skiing. 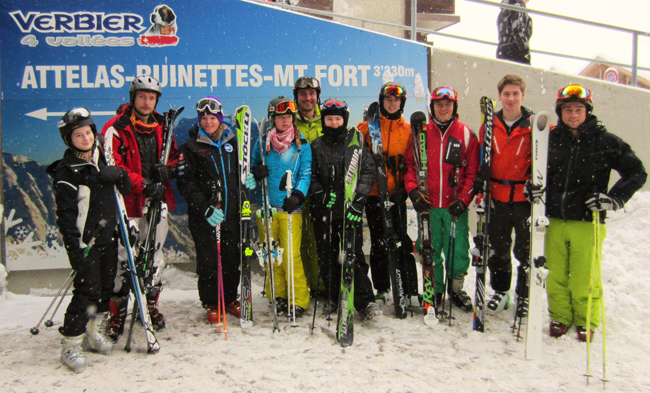 Over their first week in resort the trainees have been getting to know the many awesome runs that Verbier and the 4 Valleys has to offer. This included being taken down some of Verbier’s famous itinerary runs (avalanche-controlled but essentially off-piste marked routes). 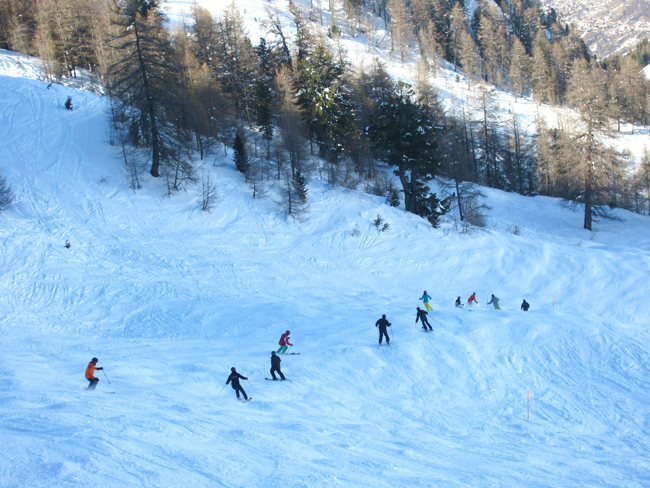 They’ve also been training hard, of course, both on and off skis……..it’s fair to say that they’re being ‘put through their paces’:

Julian, the big boss of ES Verbier, turned up and it seems the trainees’ nerves got the better of them!

As well as the daily ski training, the trainees have also taken the opportunity to get to know each other, after all they’re going to be training partners for the next ten weeks. From seeing them on the hill and off the hill it’s clear that each trainee has his or her own style; as Thursday night’s outing to the local bowling alley proved: 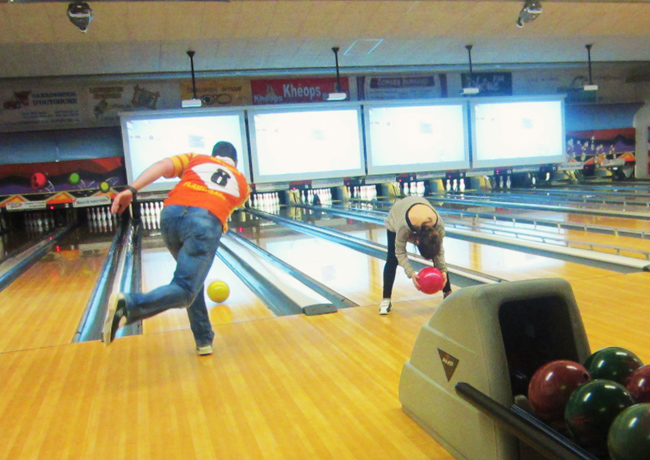 Bill Murray eat your heart out…

With the training course only just started, it’s fair to say that there’s still a fair bit of ‘fine-tuning’ to be done with everyone’s technique, as the following shot of some close-formation skiing shows.  Roll on the next nine weeks! 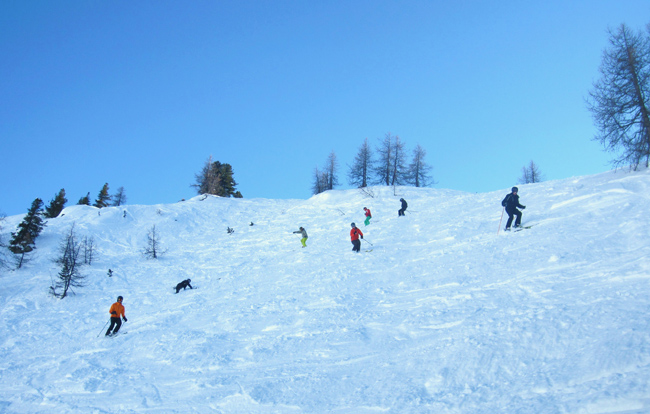