After the first week’s excitement of coming to a new resort, meeting the other trainee instructors, skiing a whole season’s worth of powder in one week, and making new friends, the trainees settled down to some hard work in week two. By hard work we mean skiing all morning shadowing real lessons and then trained by the most senior training all afternoon with Julian Griffiths, owner of European Snowsport and highly experienced instructor trainer. 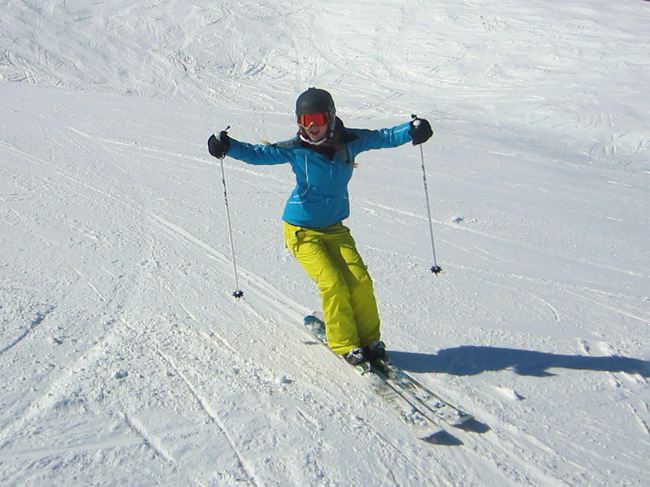 Amy, still getting to grips with the concept of pole planting….

Yes, this week the trainee ski instructors spent their mornings observing qualified ES instructors teaching clients during the busy half-term week.  It’s an invaluable opportunity not only for the trainees to see close-up what being an instructor is like, but also to grab some tips from those instructors that they can then use in their own mock lessons during future assessments. 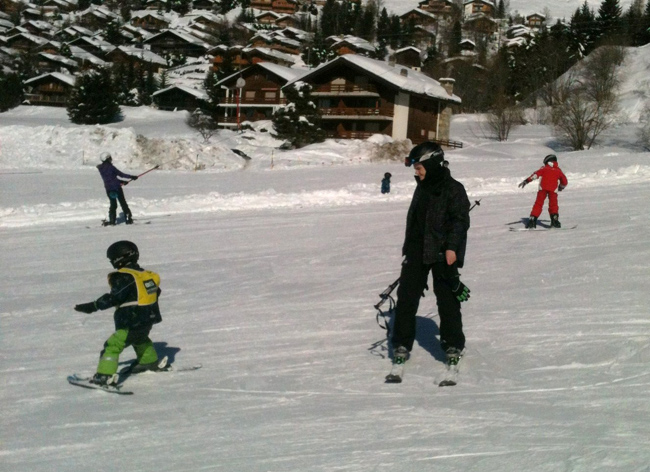 Graham appropriately dressed in ‘Ninja’ black to blend in with the shadows.

After a quick lunch, the trainees then headed back up the mountain for their training.  With the BASI Level 1 assessment only a week away, everyone’s mind was on absorbing as much of Julian’s teaching as possible.  Fortunately, while Verbier was busy generally, the trainers are frequently able to use their local knowledge to access the quieter slopes where the trainee instructors have been free to concentrate on improving their personal performance. 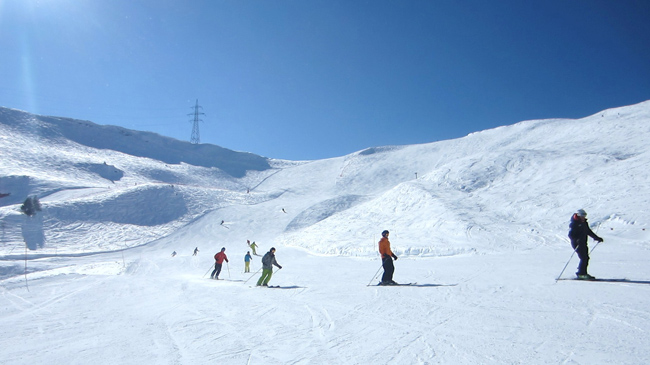 Away from the slopes, this week saw the trainees sharpen their mental skills as well, as Thursday night became Poker Night in the chalet. After some initial teaching of the rules to those who hadn’t played before, the trainees then moved on to a series of tournament games.  Special mention should go to Rebecca, who started the evening with no knowledge of the game, before then proceeding through the knockout tournament stage to the final top table.  And kudos to Hugh, who along with the course leader was locked in a tense final shootout, with the chip lead exchanged several times, before being defeated by a pair of pocket tens.  All in all, a great evening had by all. (So in short; Magnus took all of the winnings!)

Little did the trainees know that Magnus has won many a Poker tournament in his time!

There was just time for some more shadowing / skiing / training on the Friday, enabling the trainees not only to polish their skills in advance of meeting the BASI examiner on Sunday evening, but also to soak up a bit more of the beautiful Alpine sunshine that so often graces Verbier. 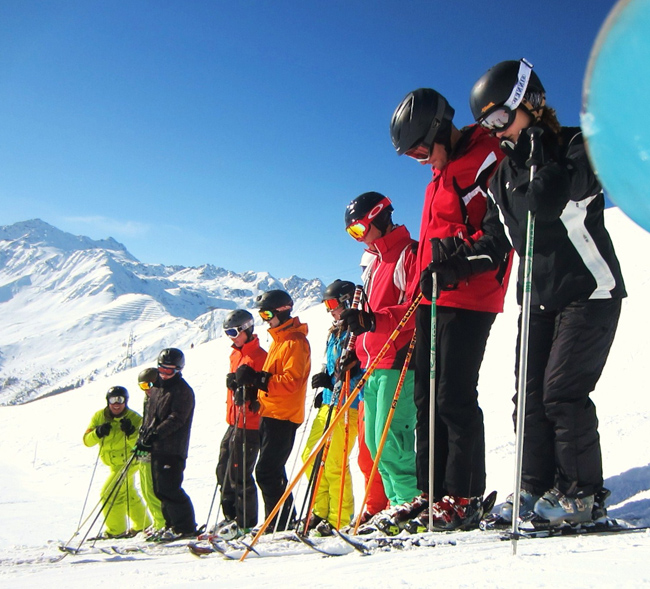 This years trainees are colourful bunch…..with a couple of exceptions.

And then the weekend rolled in, with the trainees taking a break from skiing after a demanding week: so as to be fresh for next week’s BASI assessment.  However, with the Six Nations on TV, it was a good opportunity for a group outing to one of the local sports bars, where without a trace of exaggeration the trainee instructors can easily be said to have been the life and soul of the party (both the Welsh and then the England game). The group’s enthusiastic support during the games was led by rugby fanatic Greg; whose encyclopaedic knowledge and heartfelt rendition of numerous rugby anthems (complete with appropriate, if not family-friendly hand gestures) was cheered across the bar. 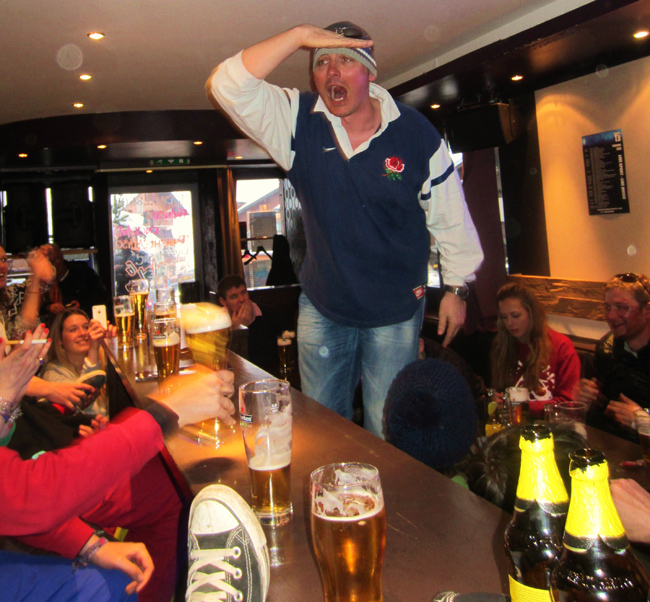