Susie’s birthday arrived this week complete with cake, candles, balloons and a dayglo themed night out on the town! 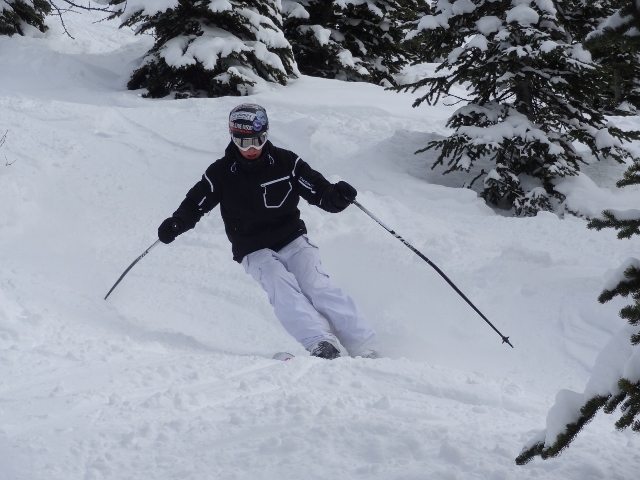 ‘Geordie’ Alex loosening up his snake hips for the dance floor!

Unsurprisingly some very big shapes were busted out on the Aurora Club dance floor after free birthday champagne was pored out courtesy of the management. Birthday girl Susie and Geordie Alex only seemed to have one dance speed together ……….the slooow variety!

With more fresh snow the crew had training this week at Sunshine Village and Lake Louise. Some of the group ventured to Norquay for some epic views of Banff from the top of the mountain. Course leader Big T was loving his new camera and the in particular the stylish Black & White option. 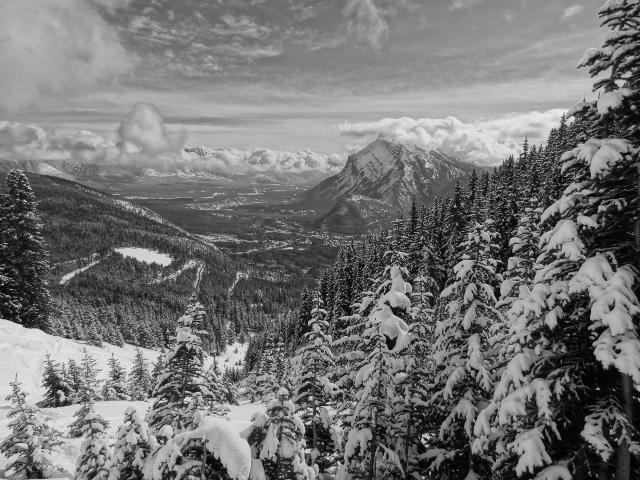 Move over David Bailey ‘cos ‘Big T’ is in the house!

This week was the penultimate week of training before the CSIA level 2 instructor exam and the group concentrated on the areas of their skiing that they and trainer Kenji had identified needed work. Kenji also filmed the guys skiing different terrain and skiing styles and then as a group the trainees watched instant video replays to analyse their own skiing and to make changes to their technique for the next run. One the key parts of the level 2 exam is being able to analyse a skier’s technique being able to correct it by finding the symptom of the problem and then being able to teach an exercise/task to help fix it.  As with everybody that has ever been on an instructor course: the trainees have been studying other, less dynamic, skiers from the safety of the chairlifts and had many discussions on how best to change their technique.

Don’t be fooled by her ‘happy go lucky’ facade…….she’s analysing your technique!

Whilst at Lake Louise the group skied down the back chutes (which are steeper than Delirium Dive) and loved it! It’s amazing to see how much their skiing has come along over the past couple of weeks. 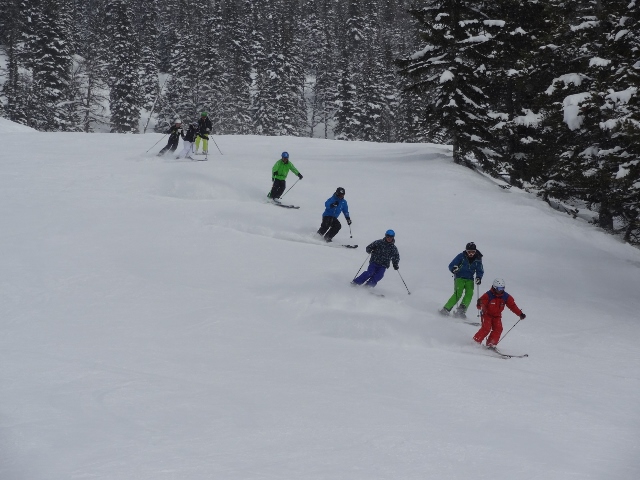 With the last week of training to come the Peak Leaders Banff group is trying to figure out how all those weeks went so fast!