Last week was the final week of training before the CSIA level 2 exam so it was time for the trainees to polish up their technique, work on ski performance and practice teaching some lessons. During the past five days of training the crew have covered all aspects of skiing from snowplough to bumps. Fortunately for the last two days of training the Snow Gods were back in town delivering some awesome powder and clear bluebird days.

Alex practicing his technique in the bumps.

The last ten weeks of training have raced-by and as a little thank you we invited trainer Kenji to dinner at the hotel. On the last day he joined the group for a beer at the bottom of the hill and everyone chipped in to buy him a thank you present for changing them from ‘recreational’ skiers into ski instructors! 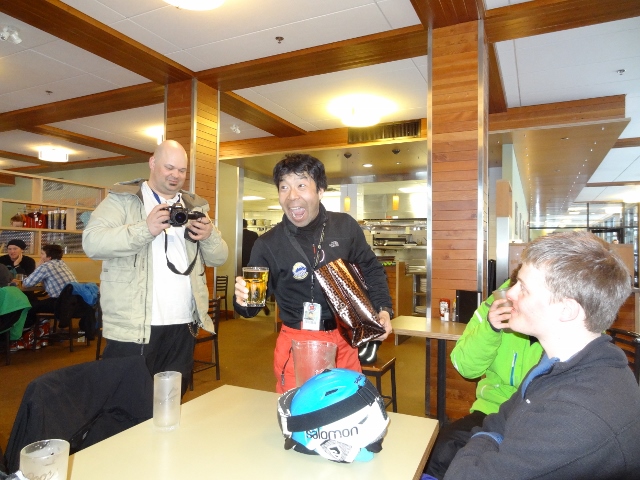 Kenji is definitely one of the best instructor trainers in Banff so we’re really lucky he always trains Peak Leaders trainees.

In other news; Sunshine Village ski resort have asked the Peak Leaders group to take part in an Internet reality series   looking at what it’s like to be on a ski/snowboard instructor training course in Canada. The aim is to promote Sunshine Village and Banff for next season but it’s been great fun for the trainees who have enjoyed the limelight along with some nice meals and VIP treatment in Banff’s top nightclubs! 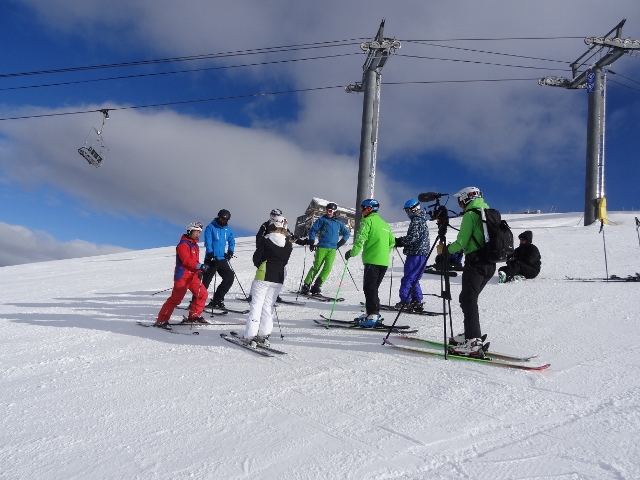 They came wanting to become ski instructors and left as film stars!

The crew were filmed during training and out on the town. As the guys were ‘mic’d up’ in the restaurant and the bars and clubs we’ll be fortunate enough to hear some of Robs ‘slaying’ chat-up lines when the series is debuted later in the year! 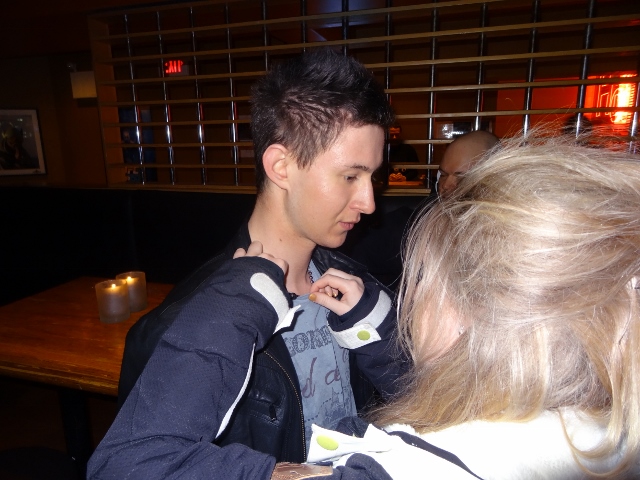 Rob preparing to use his ‘silver tongue’ to chat-up the local female population!

So to level 2. Over the next five days the trainees will have to show their examiner what the’ve learned over the last 10 weeks. Being able to ski and teach all aspects of the CSIA ‘Fast Track to Parallel’ and being able to ski all terrain in all conditions…….well! 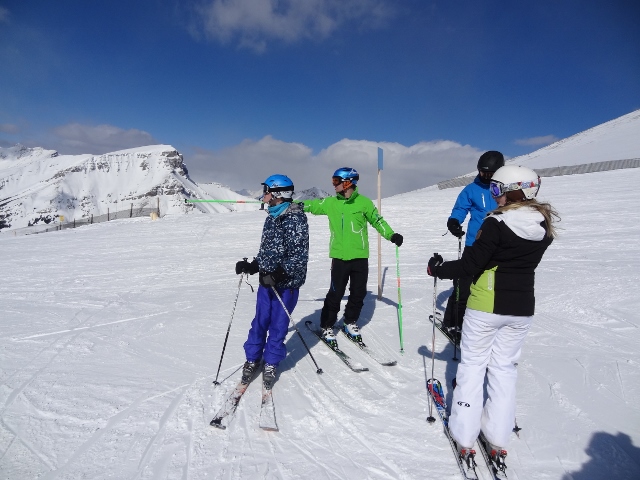 Alex teaching a mock lesson on the Mountain