The past week has been all about BASI; the BASI Level 1 Assessment to be precise.  The five-day examination kicked off with the trainee ski instructors briefly meeting their examiner on the Sunday evening, before the ‘real deal’ started at 9am on Monday morning. The time had come to put everything they’ve learnt over the past 2-weeks into practice! 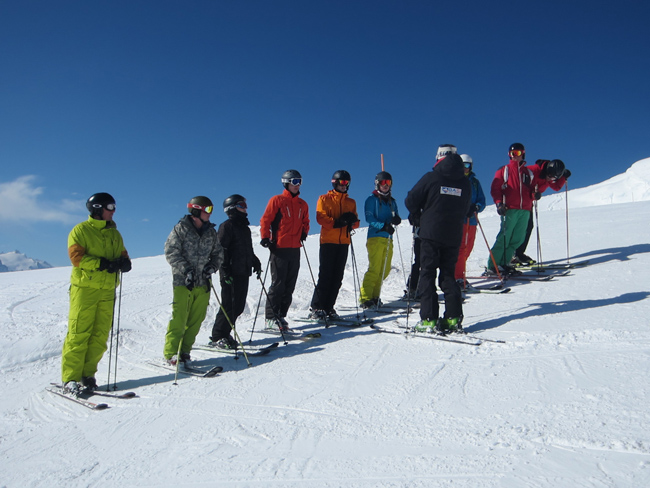 The BASI examiner has spent the whole of last week with the trainees, his role being not only to decide whether their skiing and teaching skills are good enough for Level 1, but also to train those very skills up to the level if any further improvement is needed.  The trainees certainly been put through a lot of drills. 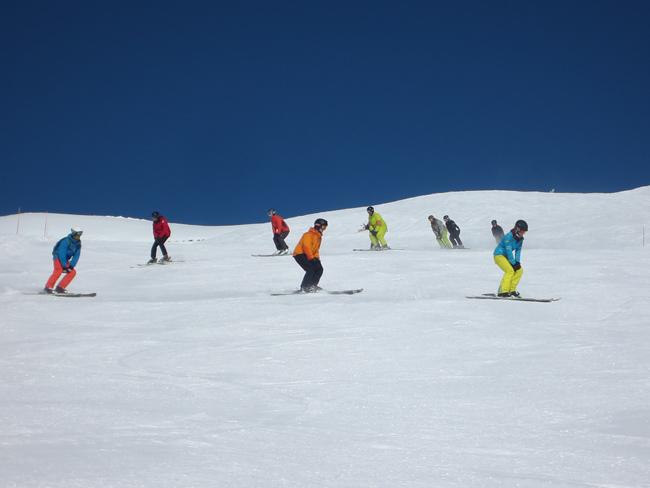 Fortunately it’s been a quiet week on the Verbier slopes which has been a bonus for our trainees, who have been able to show off their skills to the examiner without having to worry about sharing their pistes (as they’ve come to think of them) with the tourists.  The following pic captures the guys in the middle of a ‘heads, shoulders, knees and toes’ drill, designed to improve a number of aspects, including balance on the ski. On close analysis the photo reveals that at least two of the guys have added hips to the list! Still it was day 1 and there was a lot of improvement between then and Friday, which was judgment day. 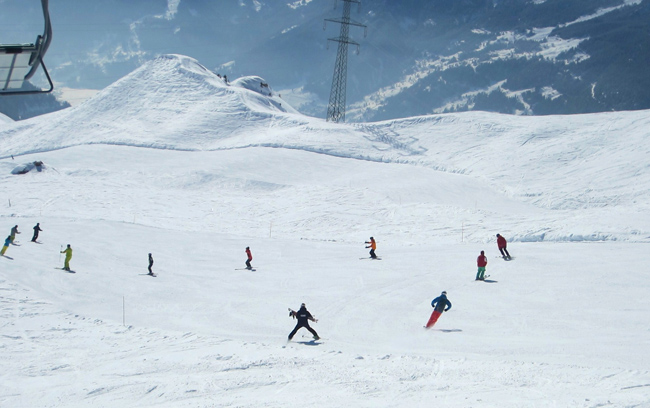 More welcome than the peaceful slopes has been the glorious sunshine that the trainees have basked in all week long, not even the hint of a flat-light day has marred the exam conditions they have been working under!

The sun is shining the weather is sweet ooooooo

Nevertheless, BASI level 1 isn’t all about drills, there has also been time for the examiner to give some individual feedback to each trainee ski instructor on their personal skiing performance. This not only helps to improve the trainees’ prospects for the Level 2 assessment later in the course, but also to improve their skiing skills in general.

The trainees took every opportunity to get as much information and feedback from the BASI examiner as possible, even the chairlift was no escape. 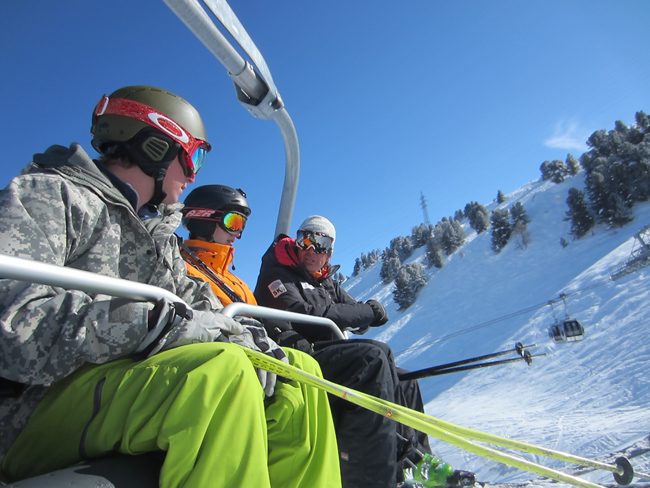 No rest for the wicked!

It’s a fairly exhausting week, with full days of skiing and then afternoon off-snow lectures with the examiner.  Congratulations to those who ‘hung on’ through the week and passed both the technical and teach, and commiserations to the few who almost made it and have a minor one-day resit in a few weeks’ time.  Whatever the result, it was an enjoyable and constructive week, and it was happy faces all round by Friday evening.

Saturday was a welcome rest day for everyone and then on Sunday half of the group took to the slopes for a day of being taught to snowboard “welcome to the dark side trainee ski instructors”…  It was a lot of fun; the trainees typically had about two days experience “several years ago” and were pretty nervous at the start but by the end of the day they’d progressed to riding red runs, and were trying tail-presses, butters, and 180s.

Welcome to the dark side! Magnus having his wicked way! 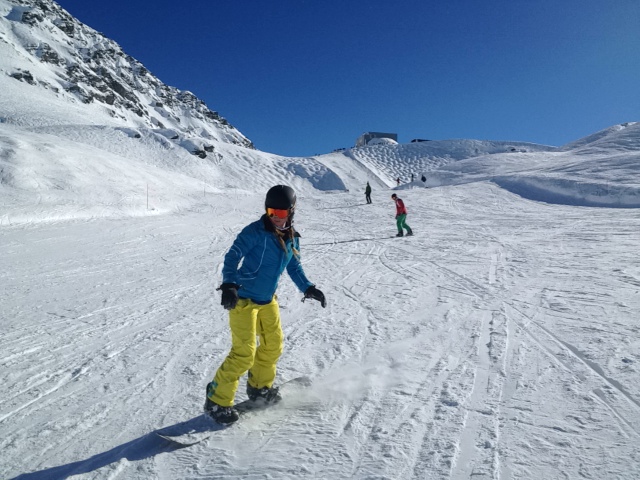 Just one day on a snowboarder and already shredding!