Most weeks in Verbier are pretty ‘full on’ for our trainee instructors, but the past week has been jam-packed.  Monday started off with a day of normal training in Verbier, with the snow falling in abundance. 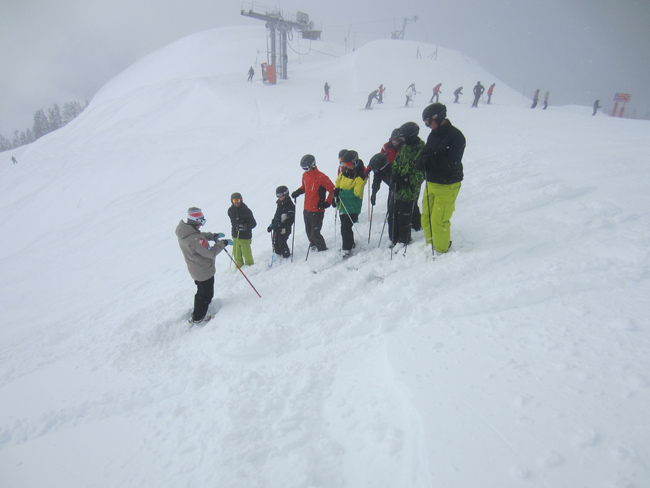 Emma and the guys getting ready to shred some pow pow!

Although the visibility was down fresh snow meant that the enjoyment factor was way up:

No need to go off-piste when there’s this much snow on the piste!

Then Tuesday rolled round, with the continuation of the ski safari which last week had started by taking the trainees to Bruson for the day.  This week’s first outing meant a day out in Villars.  With sunshine making an appearance after the previous day’s fresh powder, hopes were high for a good day.  The guys and girls were not disappointed.

Once the skies cleared it was time to carve-up those pistes!

Training for the day alternated between hitting fresh pow and enjoying some more conventional training on pistes that were in perfect condition. 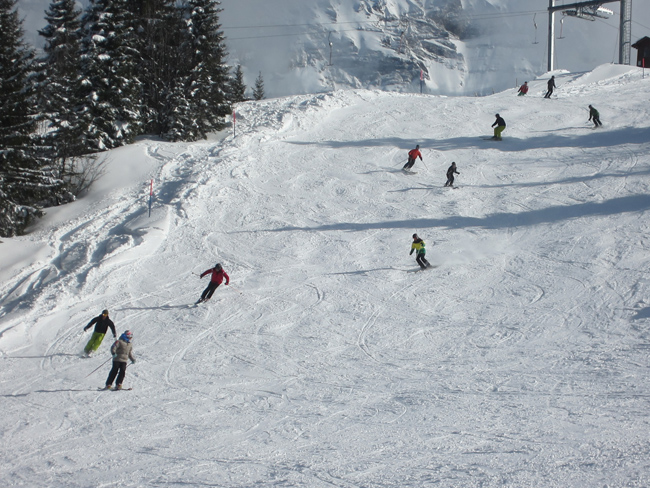 Skiing in Villars made a great change from the more familiar slopes of Verbier and it was an elated, if tired, group that boarded the bus for the short hop back home that evening.  There was no stopping this week though, as Wednesday morning dawned, and with it came the long-awaited ‘race training’ – which saw the guys in the hands of their principal trainer Emma, herself a keen racer, at the top of Verbier’s dedicated giant slalom course. 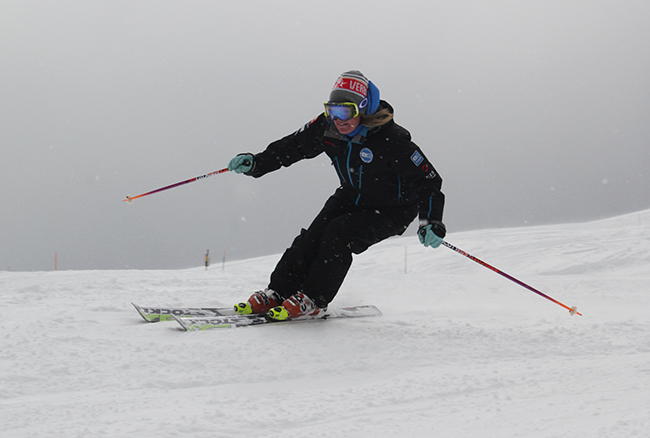 Emma showing the trainees how it should be done

Lap after lap of the GS course saw everyone gradually increasing both their speed and their bravery…….. Racing is a great way of training, as it not only makes each trainee instructor accustomed to skiing faster in a safe environment, but it helps make significant improvements in many areas of the trainees’ personal ski performance.

Slalom in flat light is definitely an art!

So that must have been everything for the weekend right?  Not on the Peak Leaders’ Verbier course! Thursday saw the whole group setting off again on the final ski safari outing, this time to Crans Montana, an awesome resort inexplicably unknown to most skiers and snowboarders.

It is frequently very quiet, with miles of empty pistes, giving Emma plenty of space to put the group through their paces.

Crans Montana is a little-known gem in Switzerland

But even that wasn’t the end of the fun for the week, as Friday saw the Verbier Extreme roll into town.  For those not lucky enough to have seen it before, Verbier is the venue every year for the Finals of the Freeride World Tour, and the best freeride skiers and snowboarders in the world come here to test their skills down the infamous Bec de Rosses.  If you look closely in the following photo, you can see the ‘start arch’ just to the left of the helicopter at the very top if the Bec – only the very bravest would even climb up there!

It’s a great day out for everyone in Verbier, who gather on the opposite (much lower!) mountain to enjoy the spectacle – not to mention the other attractions which include the Red Bull wingsuit demo team, the town fair, and the parties all weekend long… 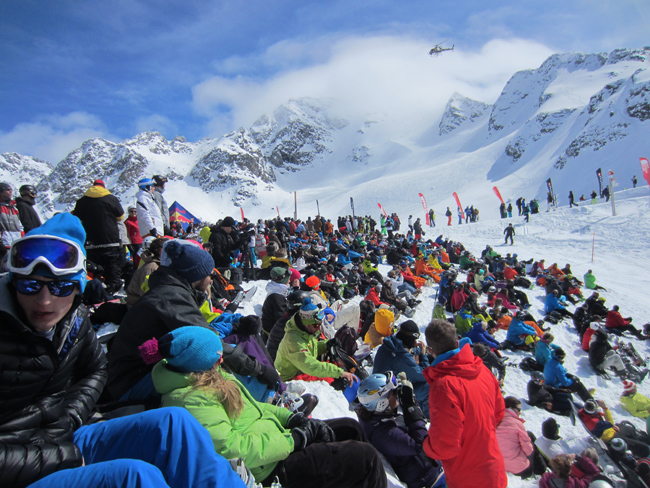 And so the week finally came to an end.  Exhausting, but awesome.

Hi from everybody in Verbier!