And so the trainee instructors headed into the final week of the course (and the exam).  The first half of the exam had gone pretty well, with some very positive feedback from the BASI examiner at the halfway mark, but now wasn’t the time for laurels to be rested upon.  The beautiful sunny weather also made it easier for the guys and girls to enjoy the week. 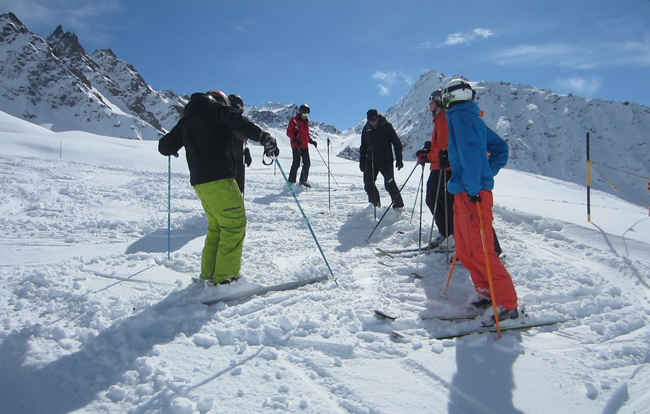 Yet another day of beautiful sunny weather and snow!

In fact, the only fly in the ointment was that the end of the season was in sight.  Everyone’s made it very clear that they didn’t want the course to ever finish.  In the meantime, it was time for the trainees to collectively put their heads down to concentrate on a successful end to the two-week BASI level 2 exam. 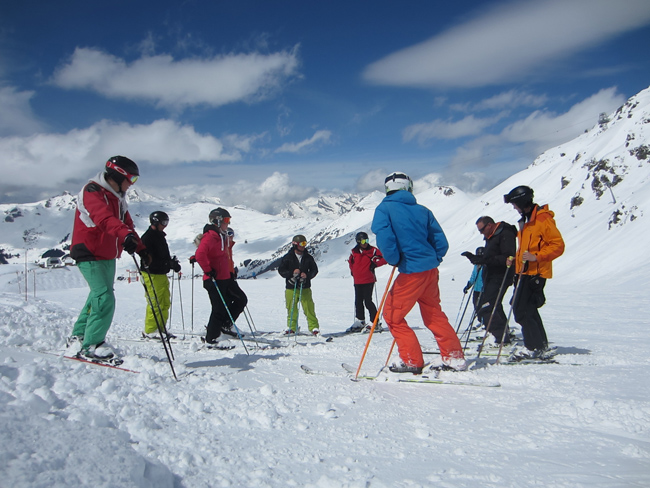 By now the trainees had got into their groove with the way BASI exams worked, and all their training was finally paying off…. 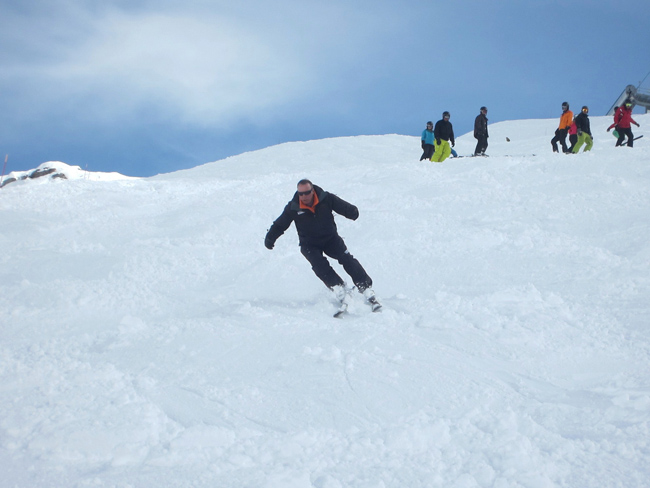 Another textbook demo from PK

PK, the BASI examiner, demonstrated something while the trainee instructors listened carefully to his explanation and his demo, and then put it into practice themselves. 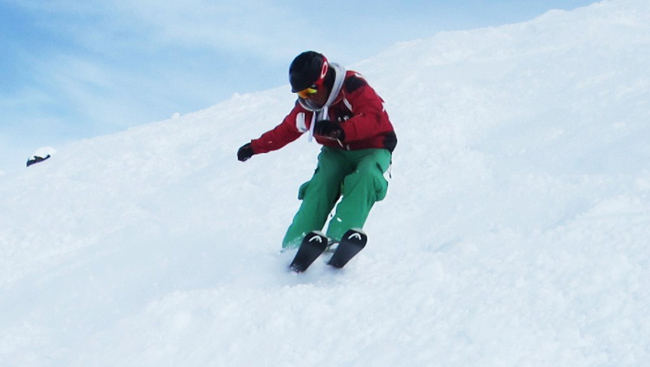 Although one of the examiner’s aims is to make sure that every skier pushes themselves to the limit (and beyond) of their ability – which can occasionally mean learning where your limits are only once you’ve passed them! 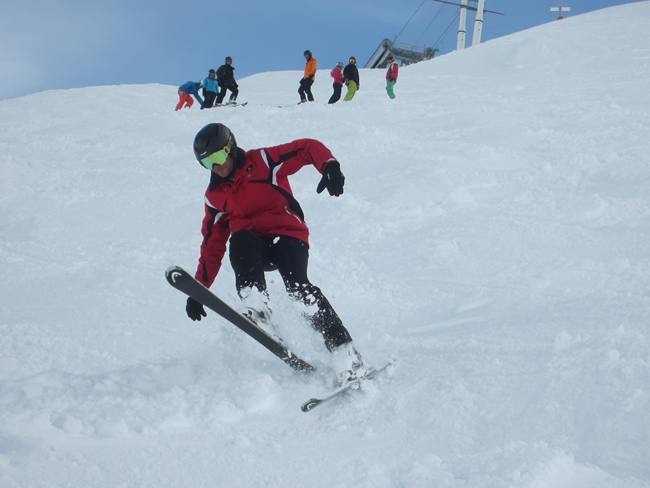 Dan getting a little wild during his demonstration

In between the BASI level 2 exam the guys even found time to watch some of the speed skiing – another of the annual world championship events in Verbier each season.  Participants in this (insane) sport point their skis down a specially prepared quasi-vertical ‘piste’ and straight-line it through a radar gun.  Special guest this year was Great Britain’s very own Jamie Barrow, who set a new speed record for a GB snowboarder: 94.3mph.  Amazing!  Although some way short of the world speed ski record of 156.2mph.  Words fail us.  But it certainly makes for a spectacular afternoon’s viewing for those of us safely spectating. 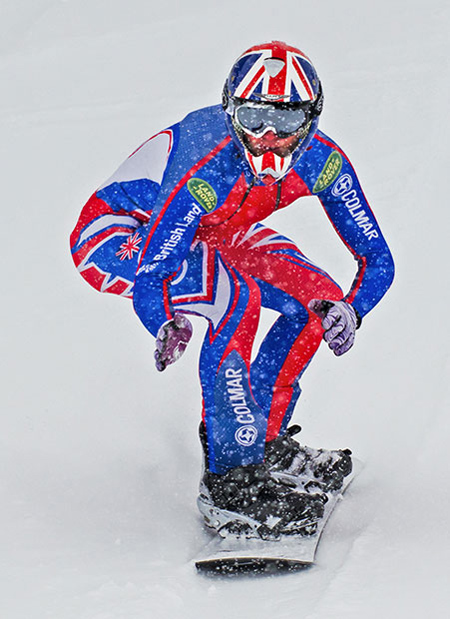 Jamie Barrow taking the ‘skinny pants’ look to the extreme!

The exam is broadly divided into two halves: assessments of both technical skiing and teaching ability (including their technical knowhow).  The trainees had all developed into pretty stylish skiers by now. 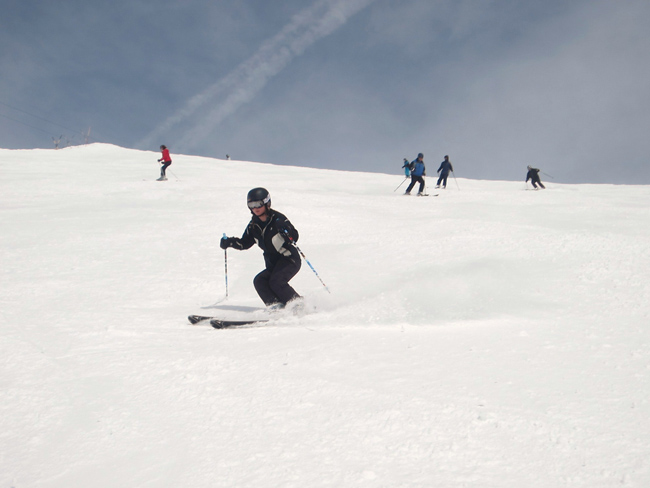 Which just left the teaching assessments.  Fortunately the trainees have been drilled in technical theory, as well as technique (the two go hand in hand for trainee instructors who want to boost their personal skiing performance), so the technical content of their assessed lessons were no problem.  But they also have to make their lessons fun, which led to some very inventive drills. 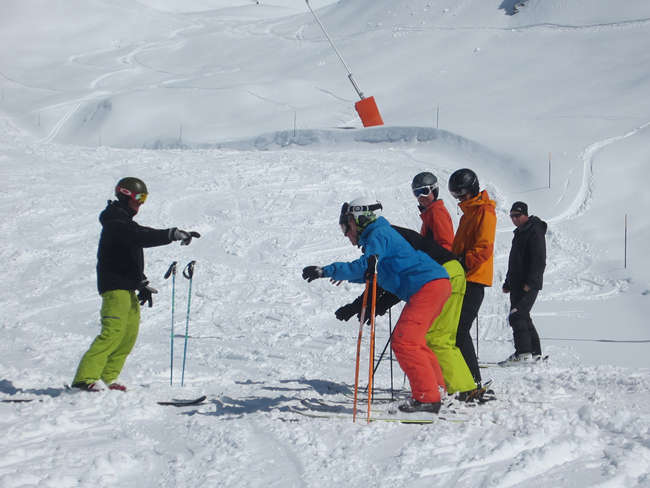 Henry taking a lesson during his BASI level 2 exam

Every day of the exam includes some off-snow discussion with the examiner as well as the skiing during the day.  But in the middle of the week the trainees took an evening off for ‘quiz night’.  It was a fun evening for all, and the inclusion of some surprise ‘physical challenge’ rounds ensured that everyone was kept on their toes. 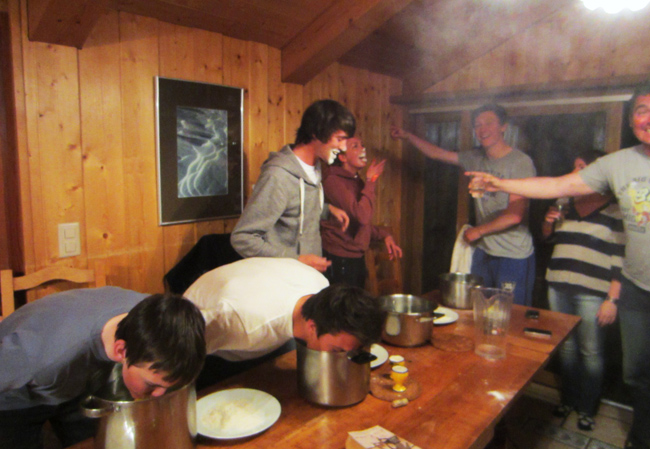 Never your average quiz when Magnus is involved in the planning!

The final day (of judgment) rolled around.  Hearteningly, most of the trainees were relatively confident that they had done enough to pass – testament to the expert training they had received throughout the course (take a bow, head trainer Emma).  Indeed, when the results were unveiled all but one of the trainee instructors were confirmed as strong passes. Well done everyone – without exception their skiing had improved dramatically during the course.  And, importantly, they had a great laugh doing it. 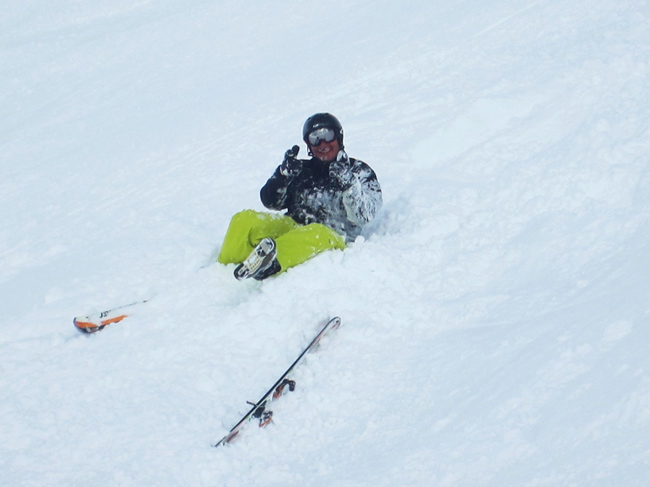 Greg having an awesome despite having a nice tumble!

The season’s finished.  Sob.  But there are now more qualified ski instructors in the world than there were at the beginning of the week.  Hurray.  Roll on next winter!