To say that the start of the Peak Leaders New Zealand course didn’t get off to a dramatic start would be an understatement! Descending through the mountains, along the Kawarau River, narrowly missing the bus on its way up to The Remarkables ski area, and landing at Queenstown Airport gave the course trainees some of the most breath-taking views they’d ever seen. 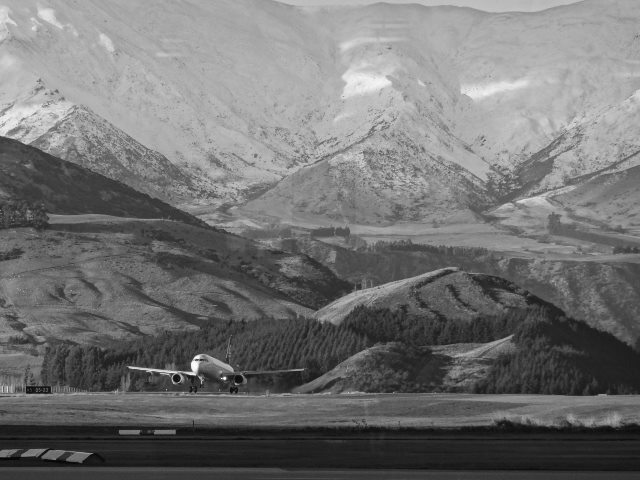 As they stepped on to the tarmac at Queenstown Airport they could see Coronet Peak Ski Area, which is where the majority of course training is held. Once through Queenstown’s very modest arrivals area and baggage reclaim, and a brief chat to the very friendly passport control officers, it was off to the Coronet Peak Hotel.

Once unpacked and settler there was time for a walk around town. It’s a ‘right of passage’ for anyone travelling to Queenstown to eat a Fergburger (Carlsberg don’t make burgers…….but if they did it would be a Ferg!). Mike and Emma combined a trip to Fergburger with some retail therapy for new skis and boots – here is Mike ‘styling it’ in his new ski socks. 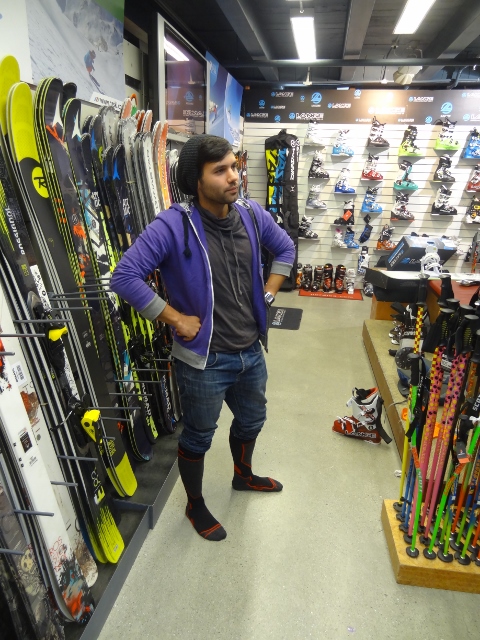 After getting to know their immediate surroundings the trainees headed up the mountain for their first day on the hill, under bluebird skies and beautifully crisp snow. 25cm of fresh snow fell in the first few days of the course giving great conditions for the trainees. 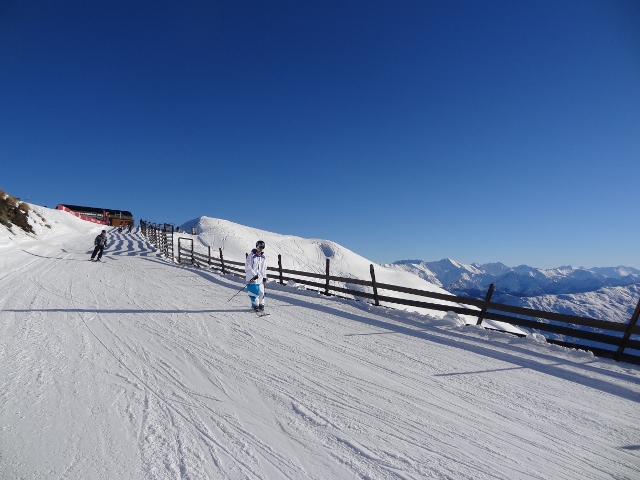 The definition of a bluebird.

The three kiwi trainers working with our trainees (Simon, Brendon and Ben) are the top qualified instructors at Coronet Peak and soon got to work dismantling some funky skiing and riding styles, to begin their quest to get the trainees looking more like instructors.

“If it feels different or difficult it means you are probably now doing it right!”

Brendon chatting to the group

Queenstown is also known for its lively nightlife, thanks to the vast amount of drinking establishments and the number of British and Australian travellers that pass through. The 2013 crew were keen to ‘hit the town’ and take advantage of the numerous discount drinks, courtesy of the link between Peak Leaders and many of the bars in town……..we’ve been going to Queenstown for years! It’s fair to say that Buffalo Bar and Winnies were the top picks for the first of many nights in downtown QT.

The crew were straight onto the stage area in Winnies with Jo & Poppy busting out some interesting moves.

It’s no secret that there were a few fuzzy heads from the jet lag and sherbets drunk the night before………needless to say this was all curable with a monster breakfast at the hotel.

The morning after the night before!

After the first week of training the skiers and riders have all made big changes to their techniques and with two more weeks until the level one instructor exams, and a lot of training time on the mountain, the crew are well on their way to becoming qualified snowsports instructors. 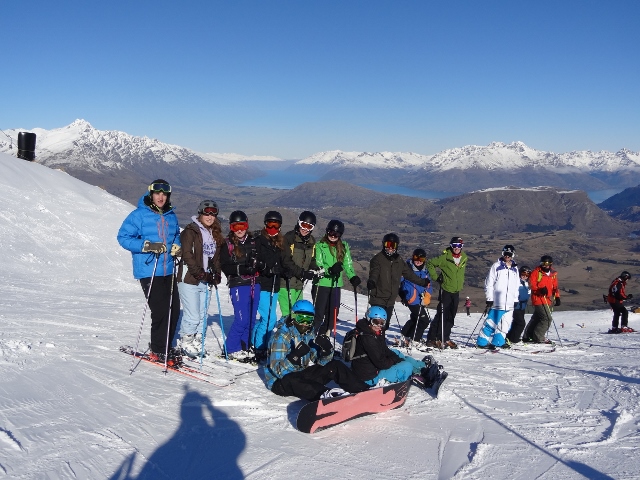 On this Peak Leaders course we have an Australian called Sam. Sam like many Australians is outgoing, friendly and always looking for fun. However, he has one fatal flaw…. he insists on wearing Ugg Boots around the hotel! Despite some lively banter regarding this male fashion ‘faux pas’ he hasn’t buckled under the pressure and is brazening it out.  (No photos of said Uggs as they are too shocking for publication!)

The trainees are more than happy with their decision to come to Queenstown! 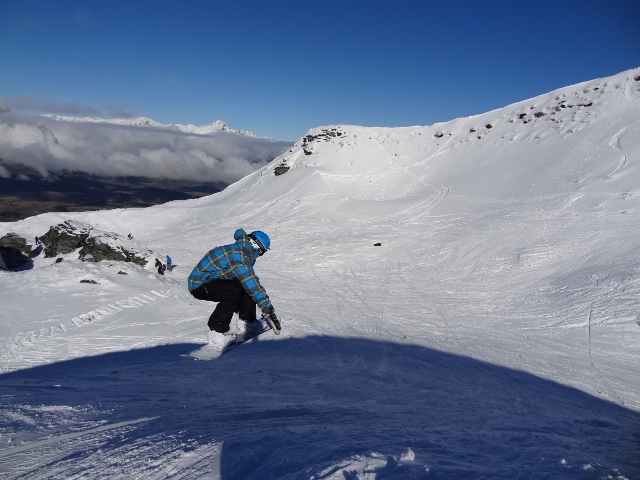 Kieran having fun on the endless bumps and natural transitions that Coronet Peak has to offer. 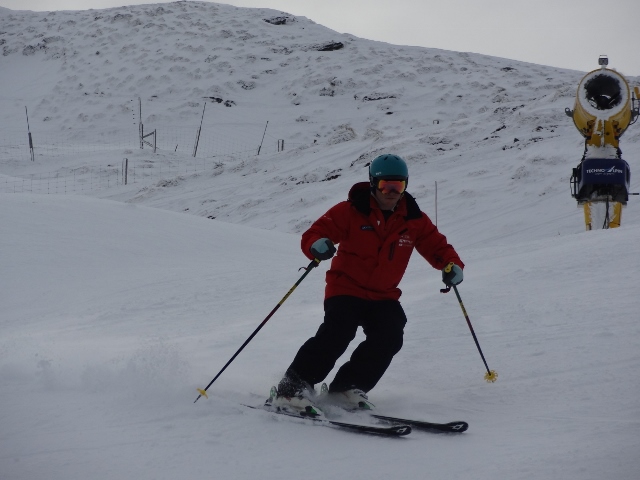 Brendon demonstrating how it should be done