It has been another big week for the guys and girls down in New Zealand after passing their Level 1 instructor exams last week. After a day spent recovering from the Level 1 assessment success the group had their Avalanche awareness course at The Remarkables Ski Area. 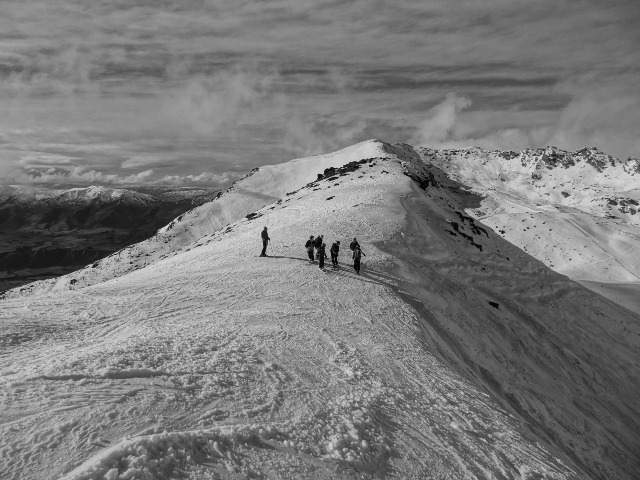 The Remarks offers some serious terrain for serious skiers and snowboarders 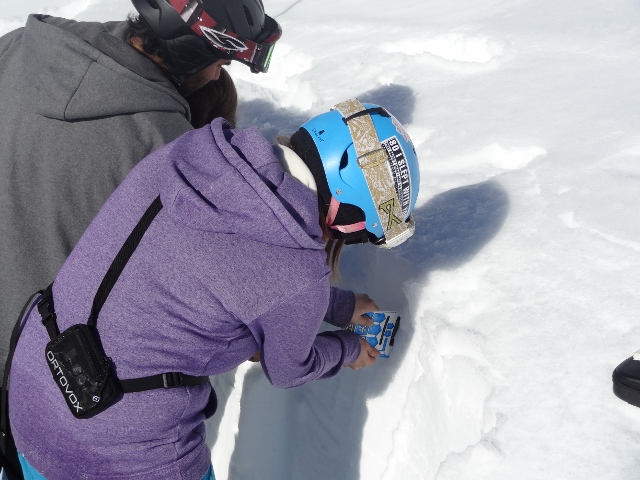 Jo looking for weak layers in the snowpack

The trainees worked their way around the off piste areas of “The Remarks” looking at; safe ways in which to travel in the back country, identifying avalanche risks, digging snow pits to check for weak snow layers, and practising their avalanche transceiver and probe search technique. As well as gaining a basic understanding of the risks that off-piste skiing and snowboarding pose the trainees also discovered how physically exhausting it is to dig down to find a buried transceiver!

Training this week has been all about high performance skiing and riding, in short the group have been carving the mountain up. As well as focusing on carving technique the trainees had their freestyle training day. The freestyle training day was one of the most anticipated days of the course, with some of the crew skiing and riding in a terrain park for the first time and others in the group looking forward to showing their style on the boxes, rails and kickers. 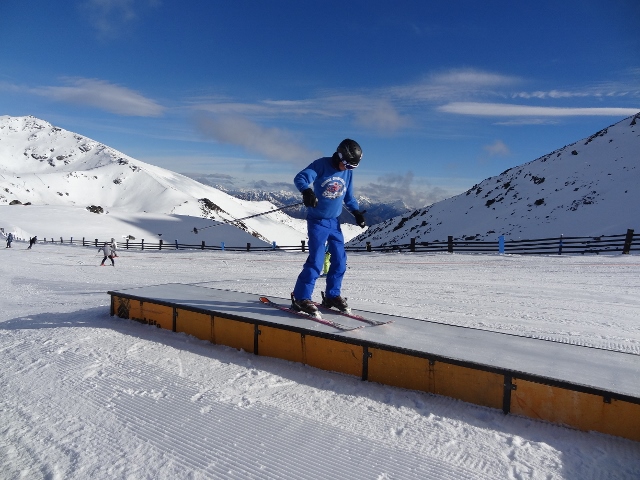 Tom getting to grips (or not) with sliding backwards on a box.

Ali D was the standout performer with 540’s off the kickers but the whole crew amazed their trainers with their balance and nerves of steel, all of the guys and girls were riding the boxes sideways by the end of the day. 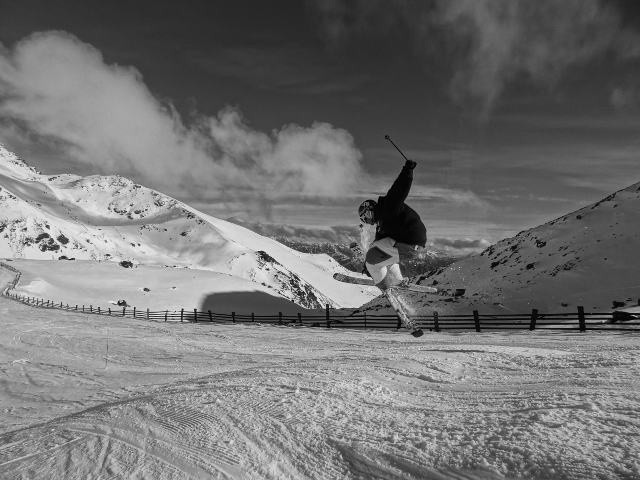 Ali demonstrated some silky skills in the park.

There is always something a little bizarre about finishing dinner and then getting changed to go skiing or snowboarding. With night skiing available at Coronet Peak the trainees headed up on a warm evening to ride the lifts under the famous New Zealand night sky. Back at the hotel the chef is always looking to give the group different options for dinner. This week Tony and the group were won-over by bangers & mash, and Sushi………don’t worry they were two separate meals! 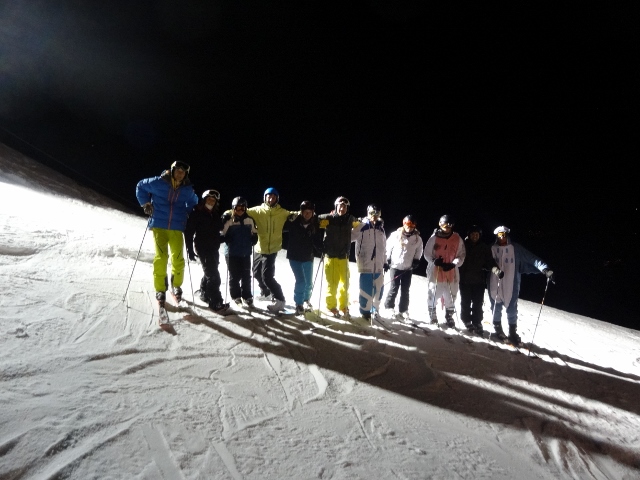 The group on the floodlit slopes of Coronet Peak.

To say that Rugby in New Zealand is just a sport means that you have never been to NZ or talked to a Kiwi. Some people in New Zealand might even go as far as saying it’s Religion. It seems every Kiwi is a rugby expert and with the Central Otego rugby finals taking place in the shadow of The Remarks it was a chance for the group to watch some high quality, often brutal, club rugby and enjoy a few free beers. 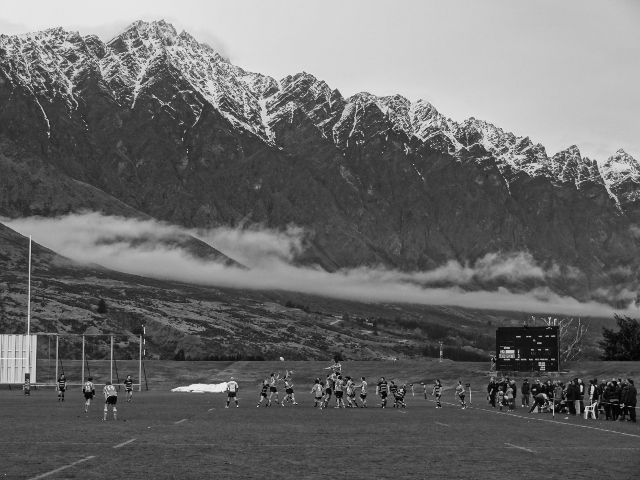