Week six was the penultimate week of training for our guys and girls down in New Zealand. The pressure has most definitely been on… no matter how many times the trainees have demonstrated a wedge turn, J turn or carving, the trainers have always managed to find something that needs improving! 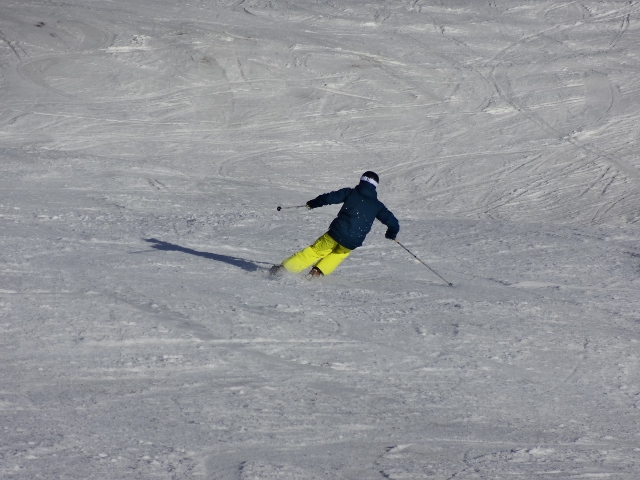 Sam perfecting his carving technique for his NZSIA level 2 assessment.

It has been the warmest winter on record in New Zealand and as a result the goggle tans are coming along nicely. Ali is leading this contest…….comfortably. He is also leading the “how to get a thick lip by kneeing yourself in the face on a large kicker landing” competition. Luckily, no serious damage was done. However, Poppy’s legs went a bit wobbly after we went to check on him in the medical room, she even had to have a lie down!

This season the crew have been sharing the lifts with the skiers and snowboarders from the NZ Winter Games, which has become one of the most important winter sports events in the world. This is because athletes can earn much-needed qualifying points for the upcoming Winter Olympics in Sochi, Russia. 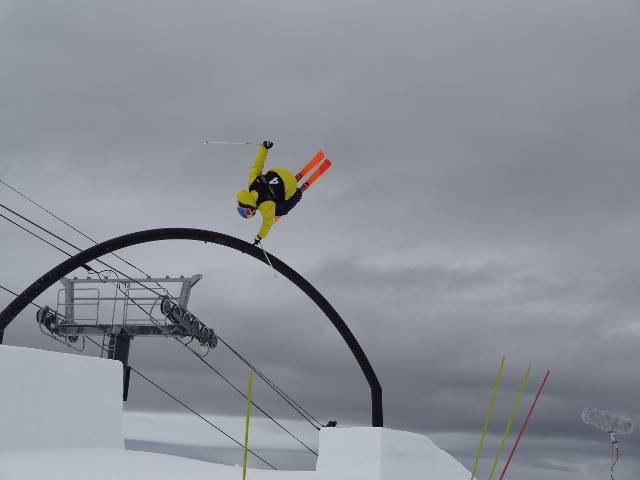 Russ Henshaw with a hand-drag on the rainbow rail. 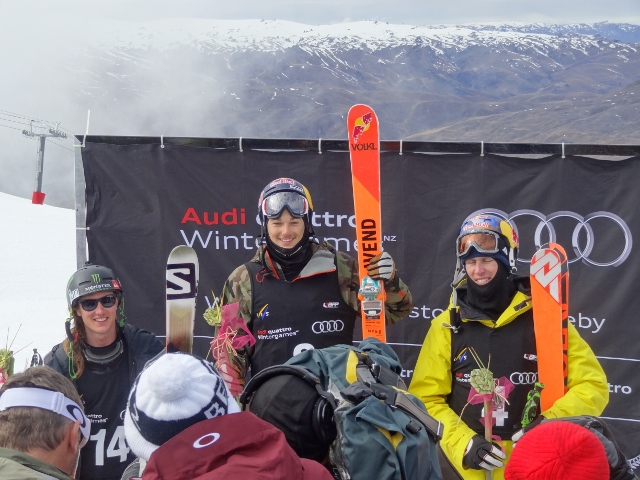 With the slopestyle events taking place at Cardrona ski field several of the crew headed over there to watch the action and for a chance to ride some different terrain. 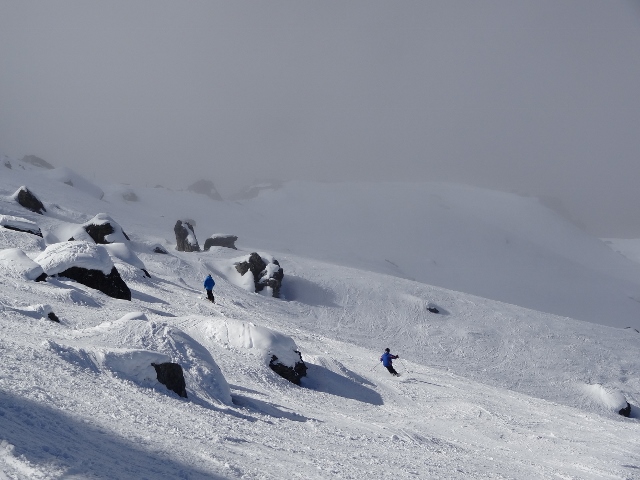 After a busy day of watching some insane skiers doing insane things off of insane jumps (yes that was 3 insanes in the same sentence) the excitement was all too much for Fergus & Poppy on the journey home! 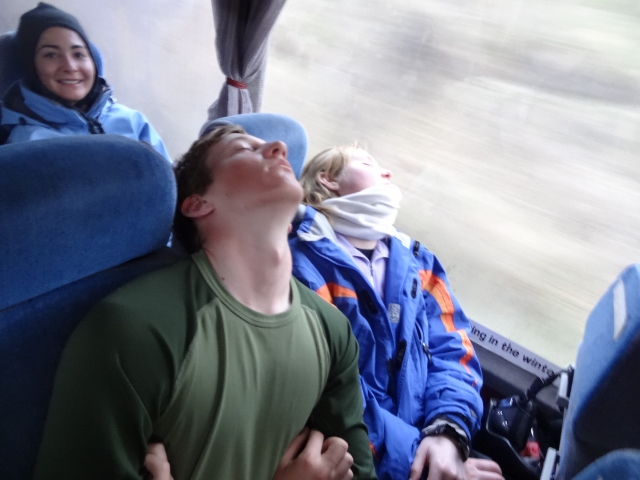 Fergus and Poppy out for the count.

If all that wasn’t enough: this week’s adrenaline rush was a local affair with some of the trainees visiting the Shotover River Jet Boat. Situated a 10-minute walk down the road from the hotel it was too good an opportunity to miss out on.  Course leader Big T snapped this pic from above on the Shotover Bridge. 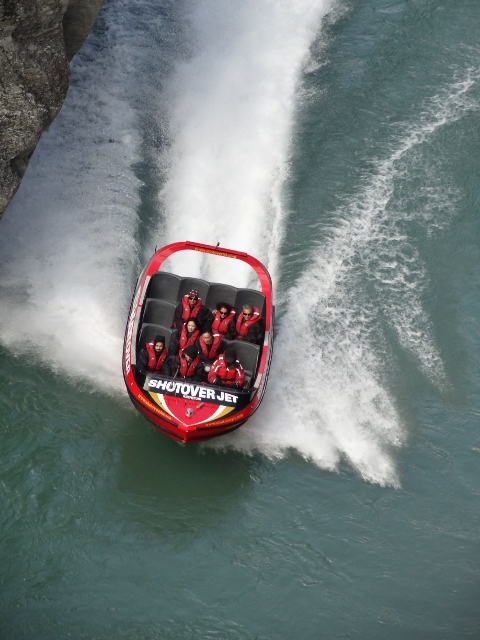 The Shotover Jet Boat is one of Queenstown’s top attractions

Top meal of the week was RIBS which proved a filling, but very messy, banquet. 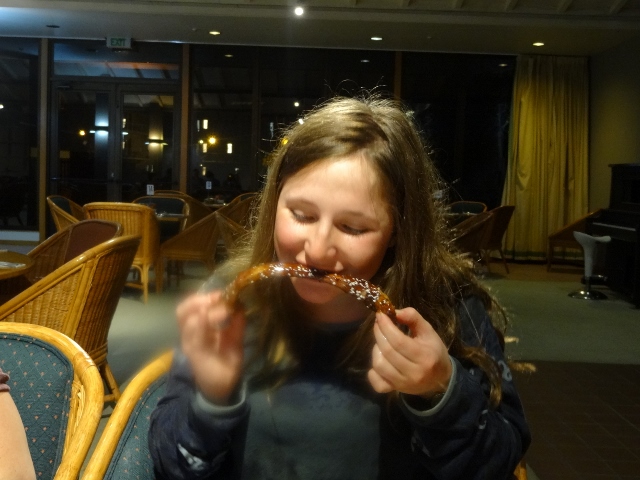 We have only 2 weeks to go in the 10 pin bowling league and with long-time leader Sam being overtaken by the “smooth action” of Mike, and with a potential charge up the leader board looming from Pringle this one is going to the wire. 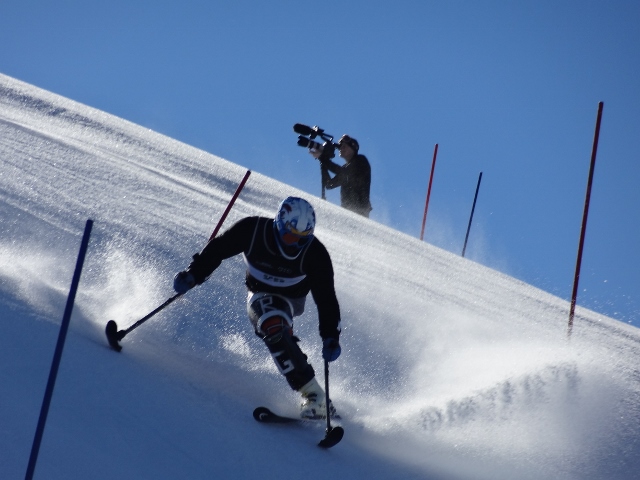 He might only have one leg…..but that leg is probably stronger than both of yours!