We are a few days into the Peak Leaders Whistler 5-week ‘Coaches Camp’ and strewth we’ve been busy!

After arriving in Whistler all of the trainees made their way to our digs and after chatting for a while and eating something they were all ready to get horizontal and rest after a long flight. The only minor setback was for Andy, whose bag containing all his clothes decided it wanted to spend a little longer in Heathrow airport. Luckily they had at least figured out where it was and he was told it is on its way.

Day 1 was all about getting prepped, orientated, and stoked. We built our bikes up and made our way into the Mecca that is Whistler, while there we had a quick tour of the village to get our bearings and we picked-up those precious lift passes. It’s a great feeling picking up that unlimited-pass to ride the best bike park in the world. With our passes collected the trail ticking-off could begin.

The boys building their bikes back at Peak Leaders HQ

The following day was spent finding our feet, cruising and exploring. I have to say I’m always slightly jealous when people begin exploring Whistler Bike Park, because they get to ride each trail for the first time! After several laps we made our way back to the Chalet to get into an evening session of the CTC course, with a BBQ in the mix.

The next couple of days were spent focusing on the CTC qualification. The trainees spent their time learning how to guide and instruct groups of bikers outside of a DH Bike Park environment. This meant that we had to do a little pedaling (a new concept), gain some really useful knowledge and check out some of the surrounding trails, big rivers and big forests. It was a great couple of days.

Practicing the basics and learning how to coach them

After that we were back in the park sessioning the numerous trails! Drop-in Clinic, tick. Dirt Merchant, tick. Crank-It-Up, tick. Ninja Cougar, tick. Crabapple Hits, ah no, not quite. The weather has been absolutely incredible, with sun and 28 degree days. It’s been like this for nearly two months now but the only down-side to heat and sun is that the park is very dusty! I never thought I’d say this but I really want it to rain for a day or two!

Over the weekend the trainees had a taste of frisbee golf. 27 holes out in the woods, up and down cliffs, and in and out of near impossible gaps between trees. The night after all of the guys rushed in to town to buy their own discs (a rewarding purchase…..we’re not sure how much online research went into finding the ultimate fisbee). 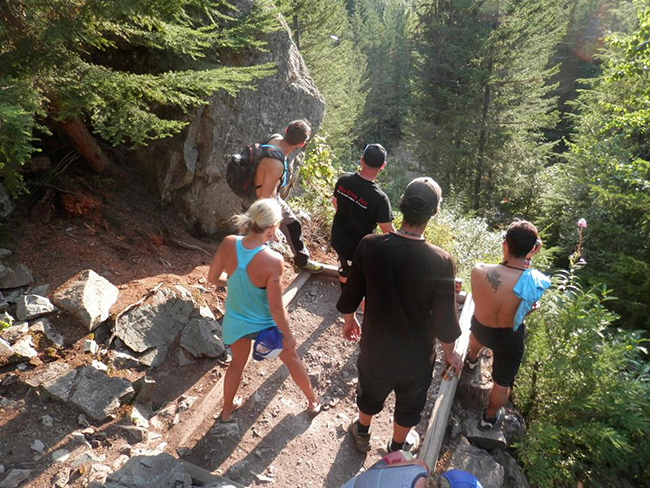 We are now two days into the training up on the mountain and beginning to learn some fundamentals of instructing and some early-stage progressions for beginners of downhill mountain biking. Along with this we have been focusing on some skills and techniques for cornering within our own riding. This can often mean taking a little time to adjust, tweak, change and experiment with some often fairly ingrained movements. By the end of today though there were numerous breakthroughs and lots of ‘stoke’ in the group. There were even some riders who were a little surprised at a cheeky controlled drift here and there.

Crankworx has begun so it’s an amazing time to be here in Whistler, it’s fair to say that the next week is going to be epic. 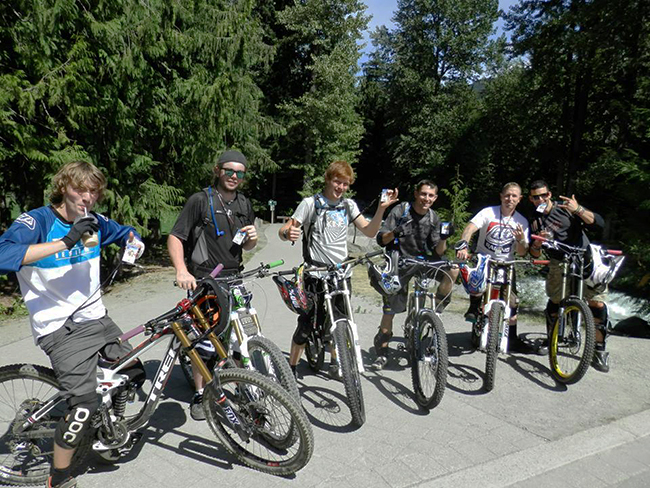 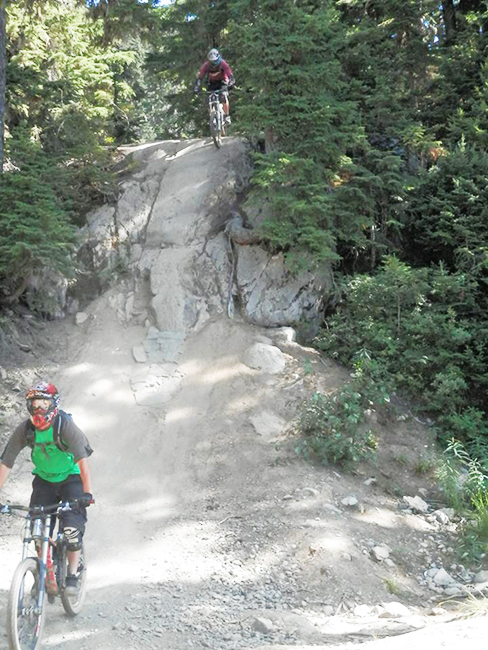 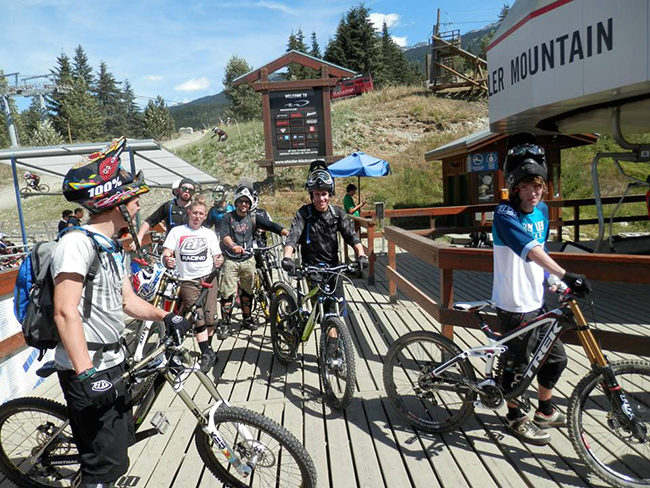