Last week on our Mountain Bike Coaches Camp here at Whistler Bike Park there was plenty of action. With the IDP Level 1 content done and dusted, the crew stepped things up with both their riding and teaching.

Line choice and tactics on some of the more gnarly runs was a great way to start the week. In essence the guys learnt how to guide and instruct varying abilities through the different terrain that Whistler Blackcomb has to offer, while breaking-down the skills needed for the various line choices. Riding lots of rock rolls and rooty lines ourselves was great fun. Some of the lines on these rocks are pretty hair-raising! 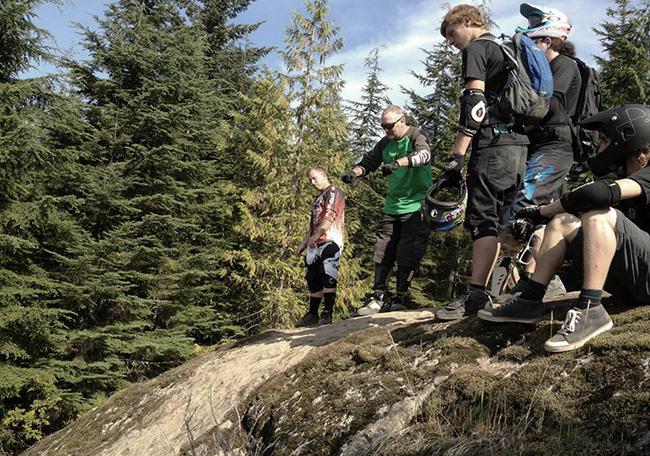 Mike helping the trainees perfect their technique on the more technical terrain.

We also took another trip to the ‘Top of The World’ trail, this time eventually dropping into the loamy awesomeness that is Kyber Pass. Once again the weather came in on us a little for the ‘Top Of the World’ section of the trail, but as we dropped into Kybers the rain eased off. This is an epic backcounty run that eventually has us descending 4500ft right down to the valley floor. This is a truly special ride. 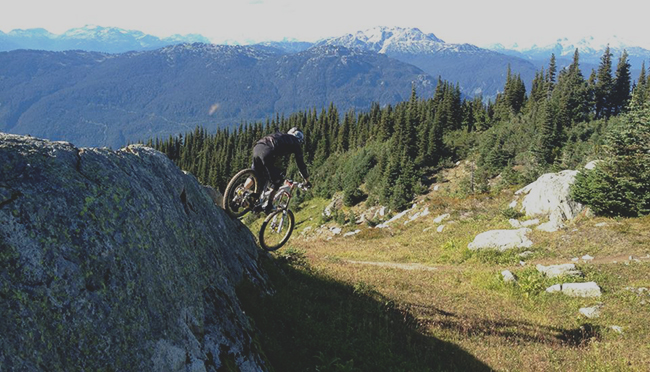 The terrain at Whistler Blackcomb is the best terrain, accessible by lifts, in the World

So I think everyone is a fan of the ‘all-you-can-eat’ BBQ. To enjoy it at the top of the mountain, 6000ft above sea level with an epic panoramic view, definitely added a certain something! Pork on the spit, chicken, ribs, as well as so many side dishes and desserts, the list goes on. The only catch with an amazing BBQ like this is that you tend to forget you’re at the top of the mountain with a 30 minute bumpy ride ahead of you. There were a few over-satisfied stomachs after this one. 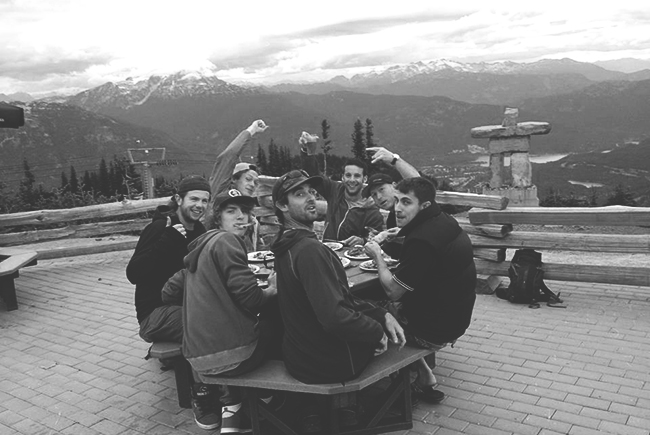 BBQ on top of the World

The final day of the week was all about high-speed cornering! Due to some special favours from the right people we managed some laps on the some of the access roads from the top of the gondola. This gave us the opportunity to really let off those brakes a little, whilst feeling our way around some cornering technique and “finding our mojo” (as James calls it). We were definitely getting our Drift on! 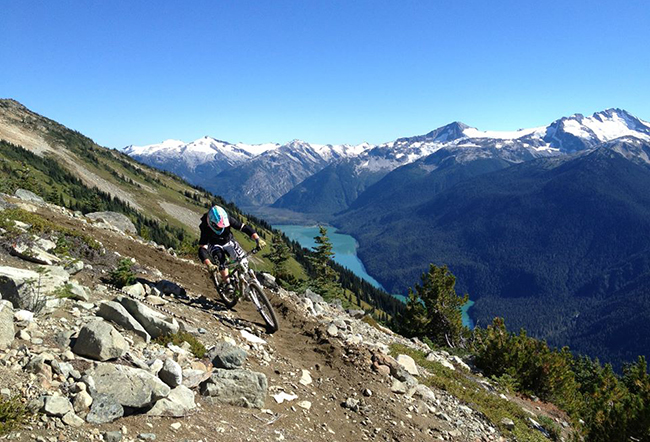 Epic views on every corner!

Honourable mentions have to go to James, Andy and Ryan for ticking off the big river gap on Dirt Merchant and the Fade to Black road gap. It took me a couple of seasons to get those done! 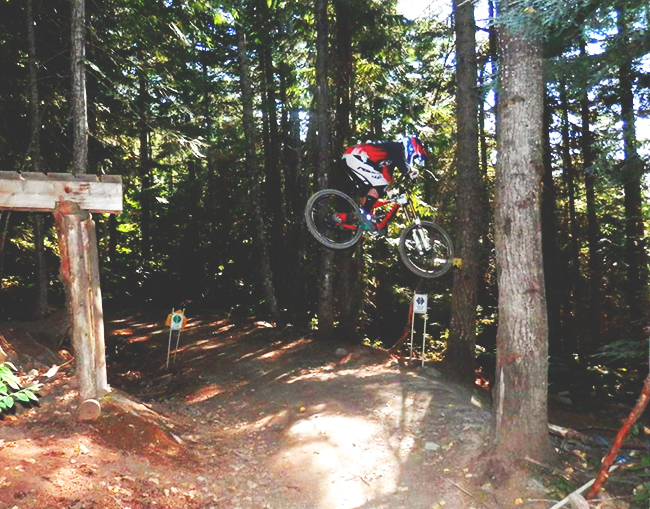 This takes some serious Kahuna’s

Later this week we’ll be getting into the nitty-gritty of teaching jumps and drops! Yeah! 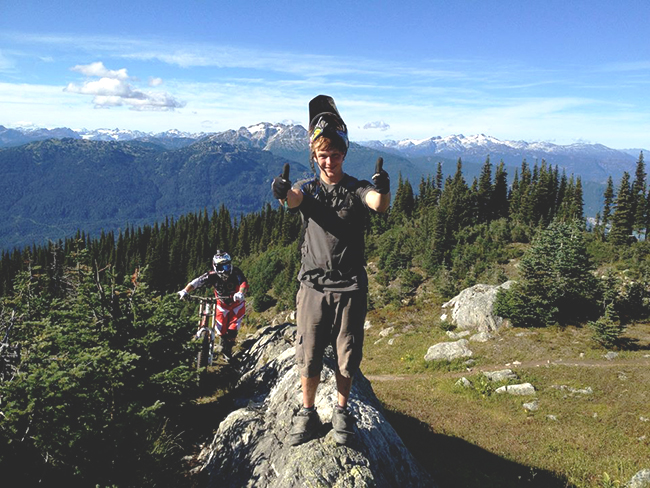 Guess they’re having a good time!