Burton Snowboards use our graduates for Riglet Park

This year Burton Snowboards have created an area at the London Ski and Snowboard Show where children between the ages of 3 and 6 can be introduced to snowboarding. The equipment and features in the ‘Riglet Park’ have been designed to allow children, who would normally be considered too young to try snowboarding, to get on a board and learn basics like stance and balance. More importantly, it’s a fantastic way of getting children who would normally be put on skis at an early age, to get excited about snowboarding. 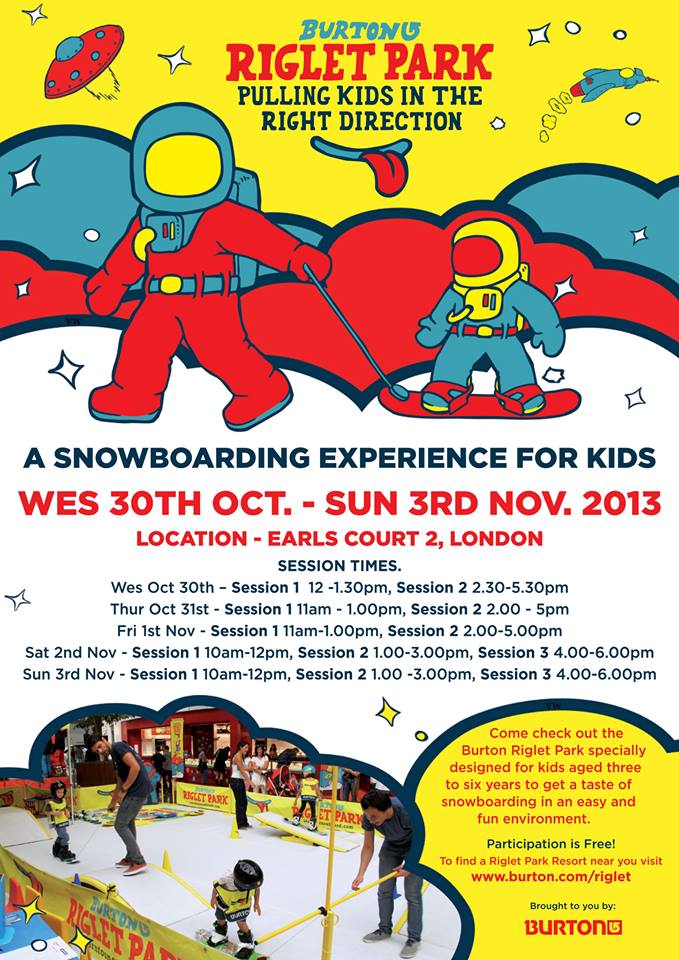 This is the first time that Burton have run the Riglet Park in the UK and we’re delighted that four Peak Leaders snowboard instructor graduates have been chosen to work on the stand. Stevie, Jake and Milli (pictured below) spent last season on our Morzine snowboard instructor course and due to their fantastic attitude and love of snowboarding were selected by Burton to get them involved. We’ve also asked former New Zealand Snowboard trainee Joe Clarke, who has spent a number of seasons Cheffing and instructing around the Austrian Alps.