This summer we sent Mhairi and Tom, one half of our office team, down to Argentina to check out our 9-week BASI instructor course in beautiful San Carlos de Bariloche. Although they were only in Argentina for a week they managed to see the trainees in action and to witness, first hand, the amazing experiences available to the guys and girls on the course. Below is a short account from our social media manager Tom. Keep your eyes peeled for the two-part video edit that we will be dropping on the website at the end of the month.

Being the experienced travellers that we both are it wasn’t particularly difficult to pack a week’s worth of clean socks and snowboard gear into our board bags. With most airlines you can take a ski bag or snowboard bag as your main luggage, and as we ensured our bags weighed exactly 23kg so that we incurred no excess baggage charges. Nevertheless, it took us a little while to convince the Iberia representative behind the desk that our snowboard bags could be taken as normal luggage. By the look on his face as we approached the desk it became clear that he thought we were smuggling Arms on to the airplane, not snowboards. 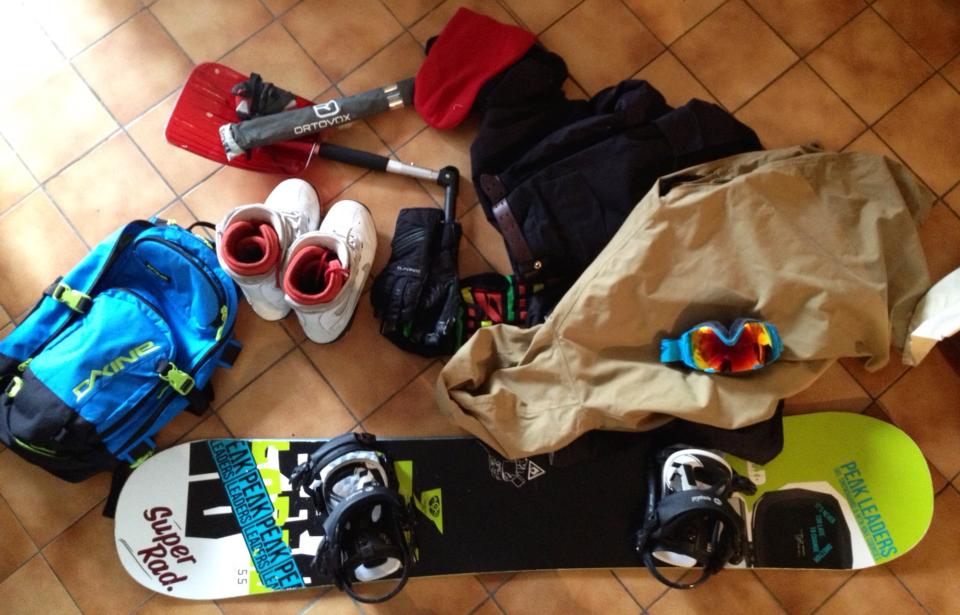 Packing the essentials for the trip

TIP ONE: If you’re travelling with a snowboard or ski bag always take a printout of the terms and conditions for baggage……….you’d be very surprised at how often you’ll need it.

TIP TWO: Purchase a big ski or snowboard bag that can carry all of your worldly belongings and your ski/snowboard gear (including your boots). This will make carrying your gear around the airport much easier and save on excess baggage fees.

We travelled with Iberia. The flights were on time and the cabin staff were very friendly; although it must be said that the film selection was pretty terrible. I managed to watch 30 minutes of a Vince Vaughan/Owen Wilson film about Google then realised that they were playing exactly the same characters they play in every film they’ve ever been in. Fortunately the aforementioned film sent me into a deep trance and I consequently managed to sleep for the remainder of the journey…….RESULT!

TIP THREE: If you can get an evening flight on the way out to Argentina this will make your flight much easier. This will allow you to sleep throughout the journey and should guarantee your arrival in Argentina the following morning. Unsurprisingly connecting flights and transport links are much easier to organise during the day.

TIP FOUR: Always make sure you have a few ‘backup’ films on your iPhone or laptop. 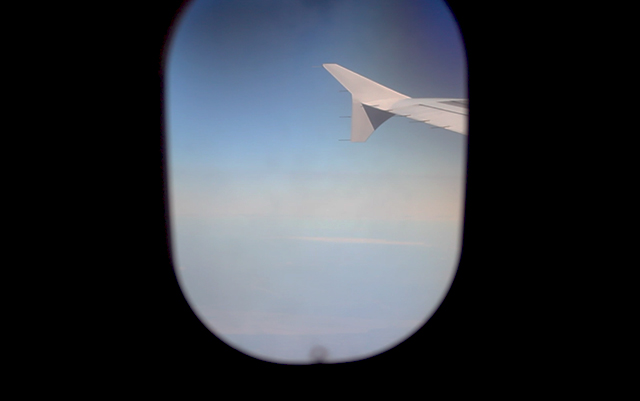 Once we arrived at Buenos Aires International Airport we had to collect our belongings and dash across the city to Jorge Newbury Airport, which is the smaller Airport closer to the city centre, where our connecting flight to Bariloche departed from.

TIP FIVE: If you are NOT planning to stop in Buenos Aires for the evening then it is important to leave yourself at least 4 hours between arriving at BA International and departing from Jorge Newbury. If you’re in a hurry then you can book a taxi from the arrivals area which will cost you around $60 US and take about 45 minutes, depending on the traffic. You can also book a bus in the arrivals area if you have more time, this will cost around $20 and takes around 90 minutes. For those individuals looking for a compromise between speed and cost, and who don’t have an enormous ski bag: if you go out to the taxi rank outside the Airport you should be able to find a taxi for around $40 US, but be aware they may not be able to fit your ski gear in the vehicle.

Our flight from Buenos Aires to Bariloche was with LAN, who I couldn’t recommend more highly. The flight across Argentina took around two hours and the aircraft was very comfortable. When flying across Argentina all you will see is desert and very straight roads, until the airplane descends into Bariloche where you’ll see lakes, trees and snowcapped mountains…..you could be fooled for thinking your looking at a giant oasis.

On arriving at Bariloche Airport we were greeted by one of the course directors Colo. Colo is one of the nicest guys you’re ever likely to meet, a true hippy who really sums-up the Patagonian life ethos. Being a highly qualified and well-travelled mountain guide Colo has lead expeditions all over the Andes, the Alps and even the Himalayas. His knowledge of the mountains and wildlife around Bariloche is unparalleled and we’re really lucky to have him as a member of our team. 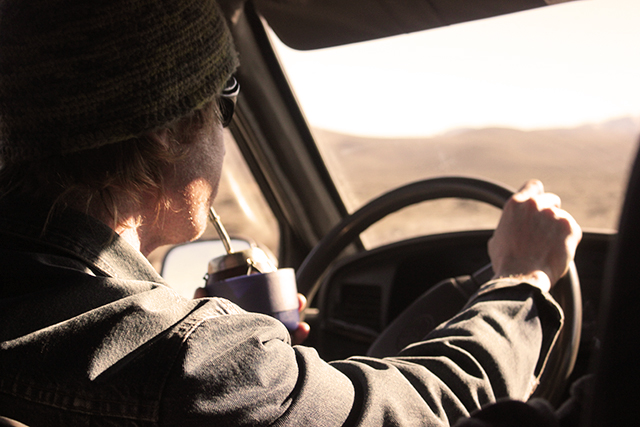 After throwing our gear into the back of Colo’s matte black pickup truck we took the 30-minute drive through the centre of Bariloche to the Hotel El Retorno, our course accommodation. Having visited Bariloche four years ago, as a course leader for Peak Leaders, I was amazed at how little the place had changed; everything was exactly the same as when I’d visited 4 years ago.

San Carlos de Bariloche is sat on the Southern shore of Lake Nahuel Huapi, a large lake formed by glacial retreat that stretches from the Patagonian Steppe all the way to the Chilean boarder. Surrounding Lake Nahuel Huapi is a huge National Park that covers 2,720 square miles and is the largest National Park in Patagonia. Due to this there has been very little development in the area, apart from the immediate area around Bariloche. 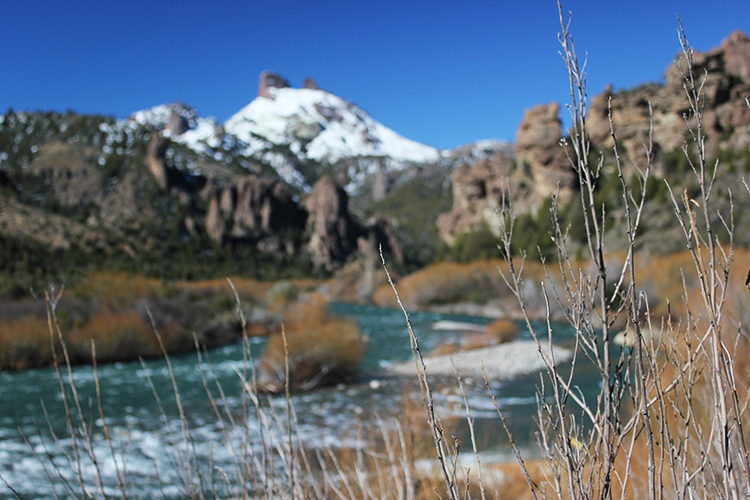 On arriving at the hotel we were greeted by course leader Paul Marsden, a former Soldier and Peak Leaders trainee who spends his winters instructing in Verbier, and legendary course director and local hero Ivan Bonacalza. Ivan helped to set-up the very first course with Peak Leaders over ten years ago and has been an important part in both the planning and day-to-day running of the course ever since. What most people don’t know is that Ivan competed in the Slalom event at the 1980 Winter Olympics in Lake Placid……..we’re not sure he’s changed his skis since then!

Our hotel for the week would be the Hosteria El Retorno which is a large gated complex sat on the banks of Lago Gutierrez, one of the areas most picturesque lakes. The hotel has a fantastic atmosphere and for two months every year is home for our guys and girls. The location couldn’t be more perfect: positioned only a 15-minute drive from the base of Cero Catedral ski resort and a 20-minute drive from the centre of Bariloche. The hotel is the perfect venue for our guys and girls to relax, study, and enjoy the surrounding area. 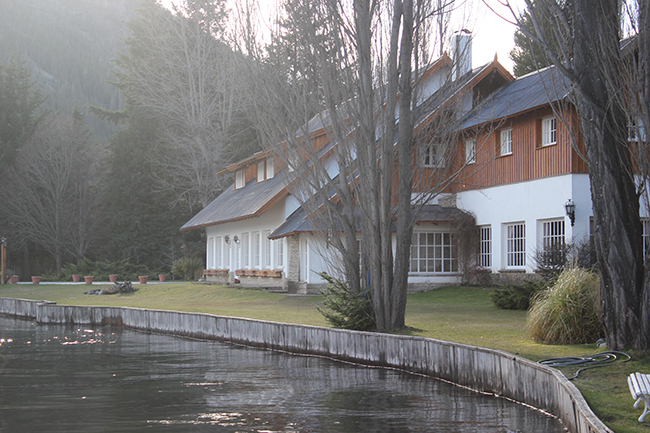 TIP SIX: If you are travelling to Argentina take US Dollars with you, not Argentine Pesos.  In shops and at currency exchange venues you will be offered almost 30% more Pesos for your money if you exchange with US Dollars. If you pay for items on your credit card or withdraw Pesos using your Debit card you will be receive a highly inflated rate and receive far fewer Pesos for your Pound or Dollar. This more affordable rate is called ‘the Blue Dollar’.

Make sure you check back this time next week to read ‘PART 2’. In ‘PART 2’ Tom and Mhairi: visit Cerro Catedral Ski Resort to shred the park with local pro Marki Green; they spend the day Cat-boarding around a 10,000 hectare private mountain reserve; they go horse riding with Gaucho’s in the Patagonian Steppe; they spend an evening dancing the night away in electric Buenos Aires; and they eat their fair share of barbecued Steak! Although this sounds like the trip of a lifetime everything these guys did on their week-long trip is on offer to trainees on our 9-week BASI instructor course in Argentina. Click HERE for more details of the course.

Tom and Mhairi with their own snow cat and 10,000 hectares of untouched powder!