A week ago a group of enthusiastic skiers and snowboarders descended on Saas Fee, Switzerland, to start their Peak Leaders Instructor training course. Arriving throughout Saturday almost everyone arrived in one piece, with their luggage. Apart from one person……due to many of the trainees having new Snow & Rock ski bags one trainee picked up what he thought was his bag, but unfortunately wasn’t, coincidently it belonged to another Peak Leaders trainee at the hotel! This was a good icebreaker and a laugh for the group!

Eager to get skiing and snowboarding almost all of the trainees were up early on Sunday morning, the day before training, to get up the mountain and get their ‘ski legs’ back before training started the next day. 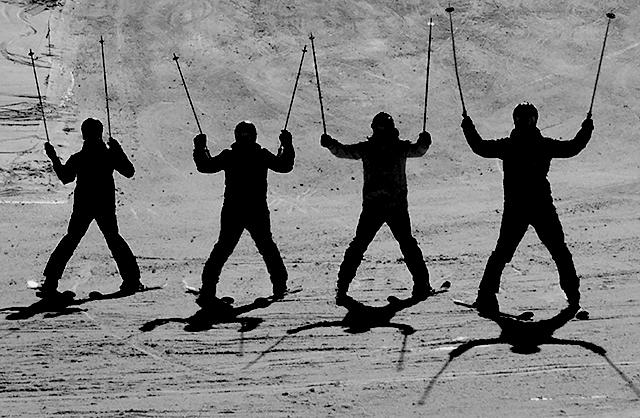 It was how big?

In this particular group of Peak Leaders trainees there is a great mix of people; some school leavers, a soldier, a policeman, a chalet manager, a Marine, and others who have just finished Uni or are on a career break. In this eclectic mix of people there is a lot of endless banter (already), and a lot of interesting skills for them to learn from each other! 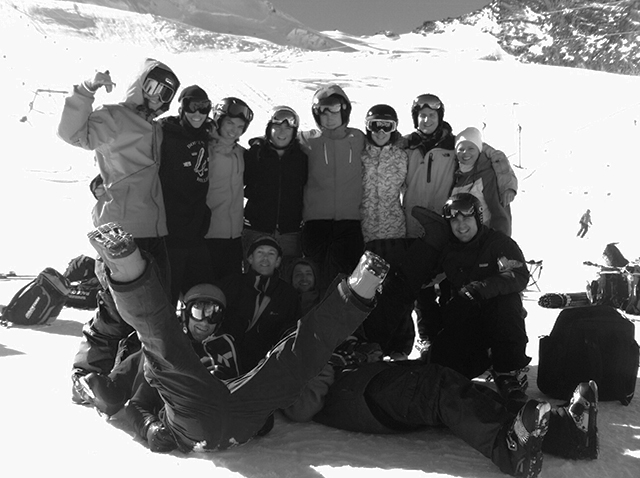 It’s safe to say this group of trainees are a pretty lively bunch; keen every morning to get up and train, and active in the afternoon with running, gym sessions, mini golf, table tennis and soaking up the last of the sun before winter and the cold weather arrives! Of course they’ve already sampled some of the nightlife that Saas Fee has to offer……a few times!

Week 1 was a big learning curve for everyone! Getting back to basics and tuning in to being balanced skiers and snowboarders, in some cases almost learning from scratch again. In Saas Fee there is an awesome training environment up on the glacier at the moment, full of ski race and boarder cross teams all training hard. The trainees are in awe of these athletes and are definitely being inspired by their talent and dedication … lets hope the professionalism that these athletes show is wearing off on the trainees in time for their Level BASI 1 assessment.

There have also been lots of comedy crashes …… one snowboarder, who’s name we won’t mention, was dragged up the T-bar on his backside, two other snowboarders have collided together, and the skiers have had some face plants while practicing the snow plough. As always there have also been a few Kamakazi crashes, but delivered in the spirit of team bonding! 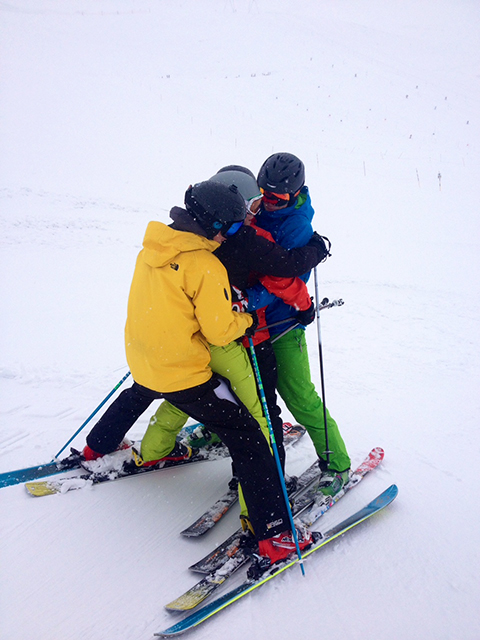 Group bonding has been going a little too well.

The skiers and snowboarders start their final week of training to become Snowsports Instructors this week, they’re all super excited, and are even going running after training on the slope! In just over a week they’ll be carving up the mountain as BASI Level 1 Instructors……..if all goes to plan.

Snowboarders chilling……..who’d a thought it!