Last week in the Swiss Alps was an eventful one in, with everyone being another step closer to becoming a BASI certified instructor.  As soon as they arrived in Saas Fee the BASI trainers/examiners went to work putting the trainees through their paces on the Level 1 assessment. Despite being a little apprehensive about the intense week that lay ahead of them all of the trainees had an awesome time. 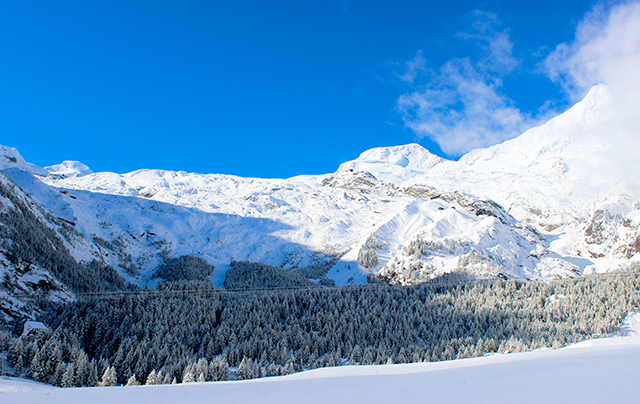 Saas Fee in October….believe it!

The BASI level 1 proved a great week of training for everyone. It’s a common misconception that the 5-day course is purely an assessment, but in all honesty it’s as much about improving your teaching and skiing/snowboarding as it is about being assessed. All of the trainees improved immensely, not only on their technical skiing and snowboarding, but also on their teaching sessions……..rumours of ski trainees starting to enjoy practicing snow plough even started to circulate! The skiers were even lucky-enough to get some tips on their higher-end skiing from Alexis Pinturault who skis for the French Alpine Team in World Cup races. 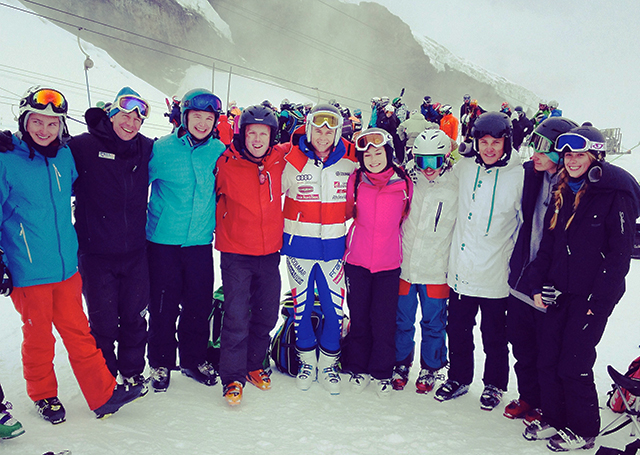 Our trainees took time out of their busy BASI 1 schedule to pose for this photo with a skier called Alexis.

Another highlight of the week was the big dump of snow we got toward the end of the week. Unfortunately this meant that the mountain was closed on the last day of the Level 1 so the trainees had to get inventive and deliver their teach sessions on ‘dry land’. The ultimate test of any instructor! 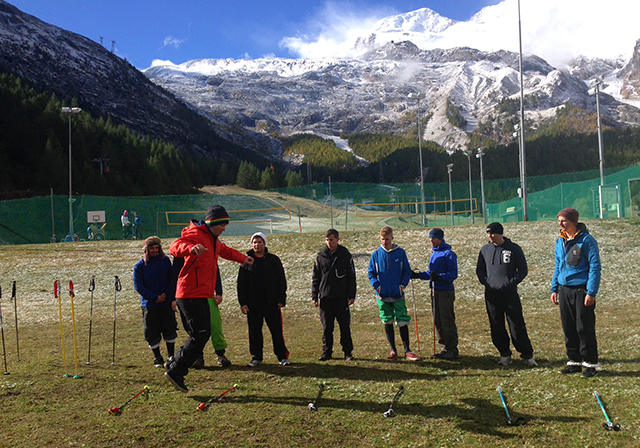 ‘Dry land’ practice……..not quite as fun as the real thing.

After all was said and done, at the end of the week we had a fantastic pass rate for both the skiers and snowboarders taking the BASI Level 1 assessment……a big thank you to BASI trainers Si Cooke, Pete Hughes and Derek Tate.  To mark this fantastic occasion all of the trainees celebrated in style; the evening started with some Après ski drinks then the trainees vasnished into the night……aka the local night spots! Marty, our oldest member of the gang, received a special cake for his birthday, and to repay the kind token, the Marine treated us to dressing up as a lady! Unsurprisingly he was a big hit around town! 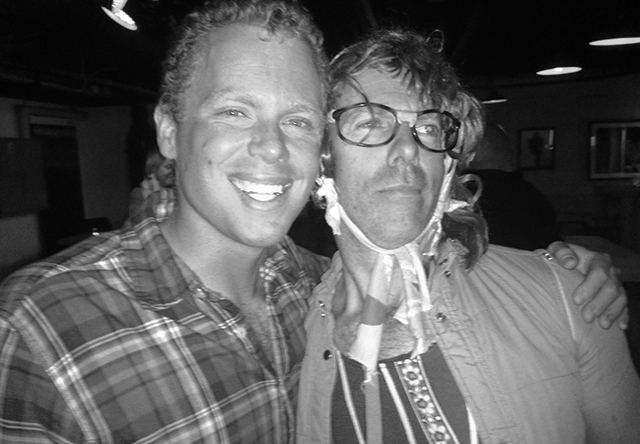 Martina was a hit with all the guys on the course

On the Friday night while everyone celebrated and partied the night away, a foot of snow fell in the village and even more up the mountain. Despite being out until the early hours everyone was up on Saturday morning eager to get up the mountain, only to find it shut again. As many of the runs cross the glacier it is of paramount importance that the pisteurs maintain the slopes and reassess any cracks after new snowfall. Keen to make the most of the fantastic snow some of the boys went down to the sports fields and built a kicker, while another gang hiked a little way up the mountain to ski some of the fresh powder. 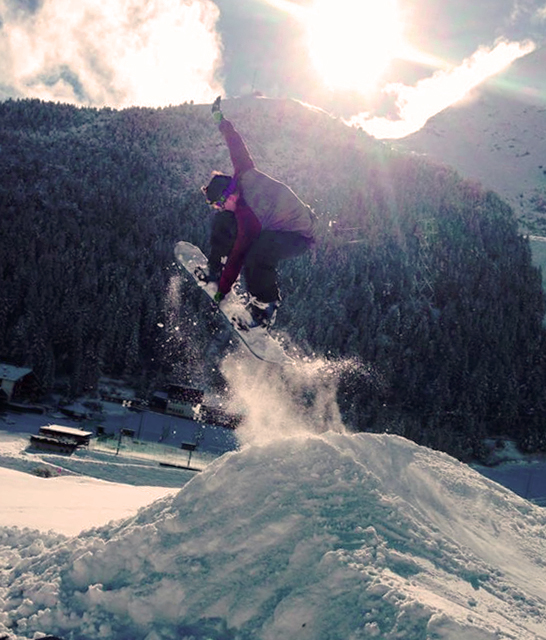 Skier Toby is a man of many talents

Still ecstatic at becoming certified instructors all of the trainees are now preparing themselves physically and mentally for training with Loz, Emma and Gibbo towards their BASI Level 2 Instructor Course … let the fun begin! 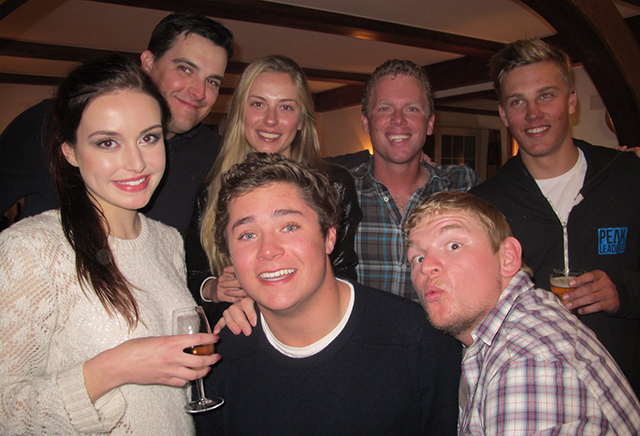 Our trainees in Saas Fee are a social bunch