This week has brought about large variety of weather, snow and activities. Saas Fee had another big dump of powder mid week, which over excited most of the trainees, who were like kids in a candy shop! 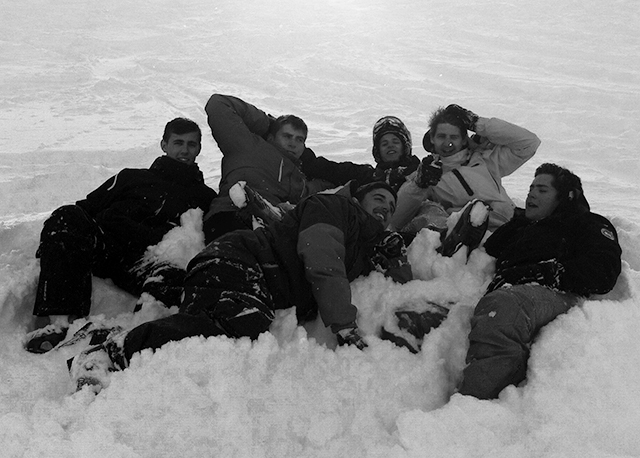 The snowboarders hit the park most days last week, with some of them more enthusiastic than others about getting airtime. One particularly courageous snowboarder created a new trick called the ‘upside down superman’ – luckily nobody was hurt while performing it. Although Emlyn was a bit dazed and confused after the spectacular stunt, it seemed like normal behaviour to everyone watching… after all he is Welsh. 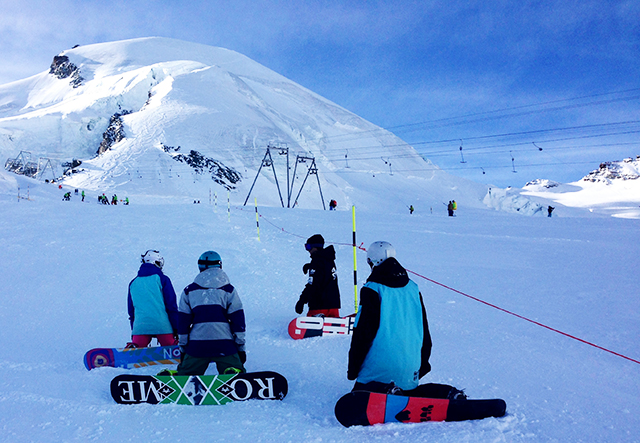 Gibbo and the snowboarders

Another spectacular crash involved Emma, one of our highly experienced ski coaches, this left the group flabbergasted while she flipped a few times down the hill. After the group doing their First Aid course that week, they sprung into action in the moment of crisis. However, being a Scot and made of steel she was ok! (Emma wrote that last bit)

Some of the trainees have been undertaking a project for the Institute of Leadership & Management this week, which has seen some very inventive activities. Marty, our ex Marine, planned and lead his activity which consisted of a problem solving and Snowsport knowledge assault course. After pressganging 13 “volunteers” into taking part the true competitive nature of Snowsports instructors surfaced with very spirited involvement. After 15 obstacles and 3km of running there was only 2 seconds between the two teams … with the final decision coming down a sloppy marked answer paper. A good lesson for our future Snowsport instructors in paying attention to detail! 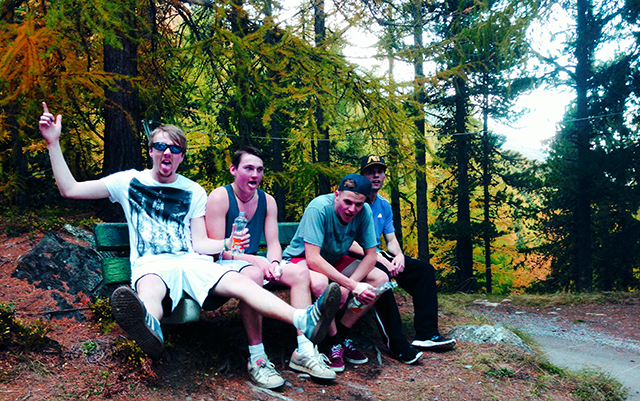 The lads after a 3 mile competitive sprint across Saas Fee

The group have had a special treat this week at dinner with amazing entertainment from Rich the Quantity surveyor who leads a double life as a Magician! Everyone was amazed by the clever close up magic tricks that he bamboozled the group with. 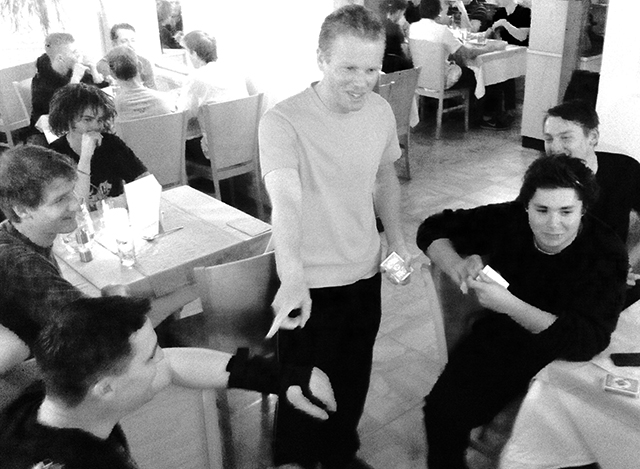 Other new talents have been discovered this week with some of the boys making a ‘day in the life’ documentary of Peak Leaders. Some of the trainees who are starring in this film are displaying awesome skateboarding skills around town and catching many eyes. 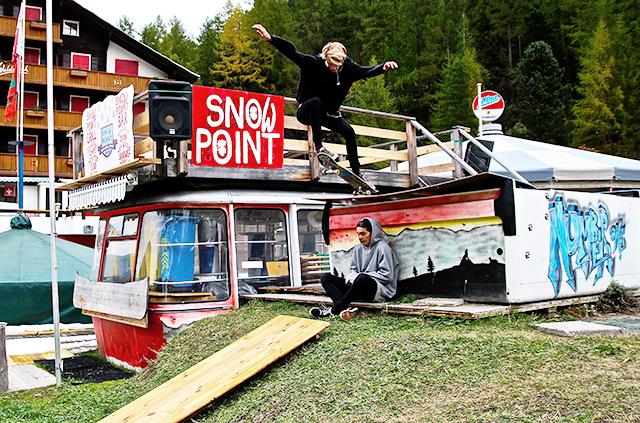 Probably not the best place to meditate or eat your lunch

Of course the week would not be complete without the trainees sampling the local nightlife of Saas Fee. Sunday’s poor weather and high winds unfortunately brought about the closure of the mountain, which resulted in some wine and beer tasting and another magic show with the addition of some hecklers.

Next week looks like it will be another great week with more snow on the horizon plus Avalanche Training and Freestyle sessions … watch this space! 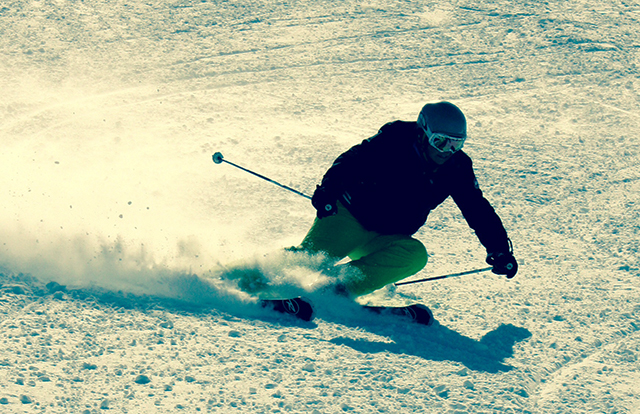 Carving up some nice fresh snow