Last week up in snowy Saas Fee winter swiftly arrived with a big dump of snow. Luckily for the trainees it “dumped it down” during the night so we had bluebird conditions in the morning. 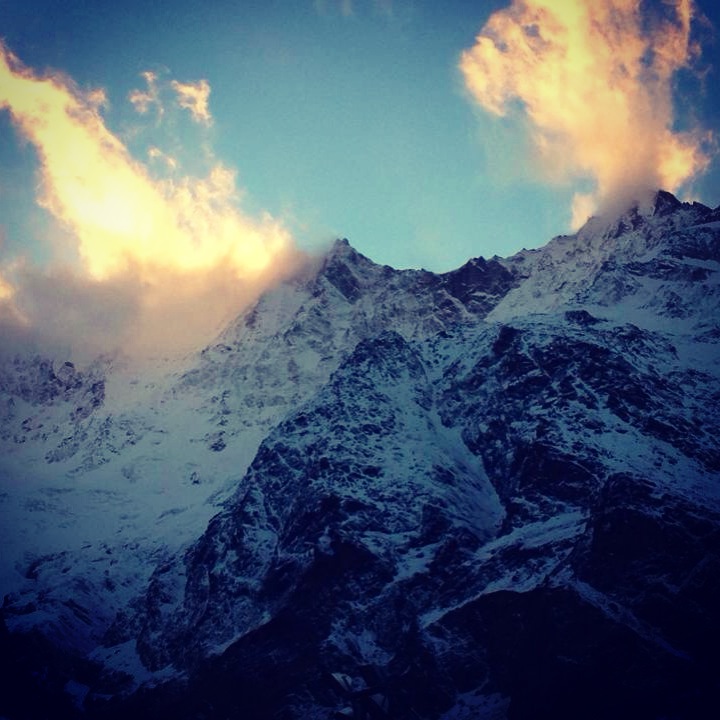 Similarly to last years course the trainees have had a great week skiing and riding powder up on the glacier. This was a great opportunity to get to grips with riding the variable terrain, which is one of the five disciplines which is examined during the level 2 assessment…….which starts in a week’s time.

Who thought snowboarding on a glacier in Autumn wouldn’t involve any of these days?

This weekend was another double birthday bash for Tobin and James. The group has started to become quite keen on themed nights out on the town, especially after the aerobic fancy dress brigade went down so well. This week, the theme was chosen by the birthday boy James, who wanted everyone to go out dressed in suits with a twist. The outfits had to be some of the most inventive suits the Swiss have ever seen, made entirely out of bin bags! The attention to detail was second to none and was a big hit with the ladies.

The Peak Leaders mascot, Indie, the most well travelled dog in Switzerland paid another visit to Saas Fee last week. One of trainees, who is recovering from a temporary small injury, was only too happy to be a nanny to Indie while everyone went skiing and riding the powder (hate to break it to you Emma but Indy is not a baby). However, with the other trainees feeling they were missing out, on her return next week for the level 2 there is a rota for ‘play sessions’ arranged to de-stress from exam time. 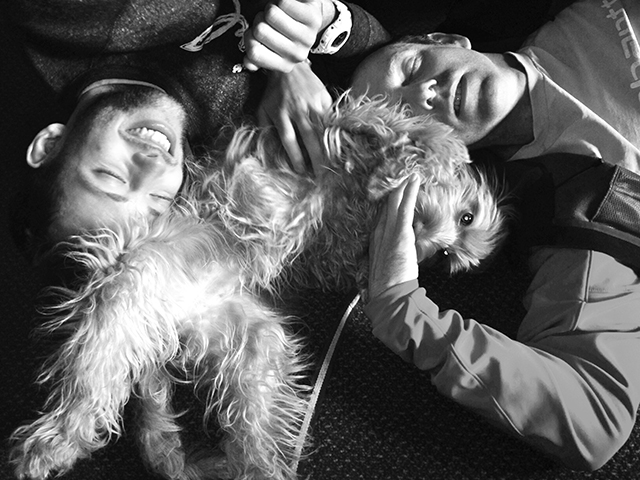 Indy….more popular than the 80’s action movie hero with the same name (…..this photo is strange)

Some of the trainees have been playing a regular 5-a-side football in the afternoons, which typically for snowsport instructors has become rather competitive. However, now winter is upon us and there’s a lot of snow in the village and the temperature plummeting the football pitch has transformed into an ice rink. 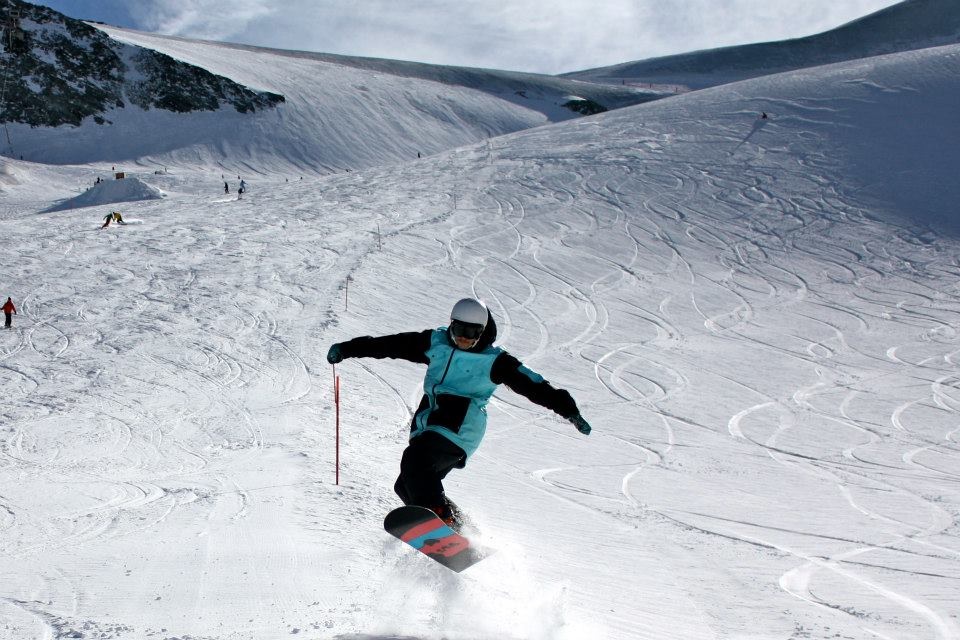 With this being the second to last week of training before the Level 2, Gibbo decided to challenge the boarders a bit more than usual, and sent them off down a slalom rut line, which had rather big ruts in it. Of course loving it and showing the skiers how it’s done. As the BASI exam looms a little closer the team are making great progress, with lots of ‘light bulb’ moments and break-throughs in their own personal performance. More snow is on the horizon this week so we’re keeping out fingers crossed that they will be opening up the remainder of the resort so the trainees will finally be able to ski home. A great treat for the start of the Level 2!