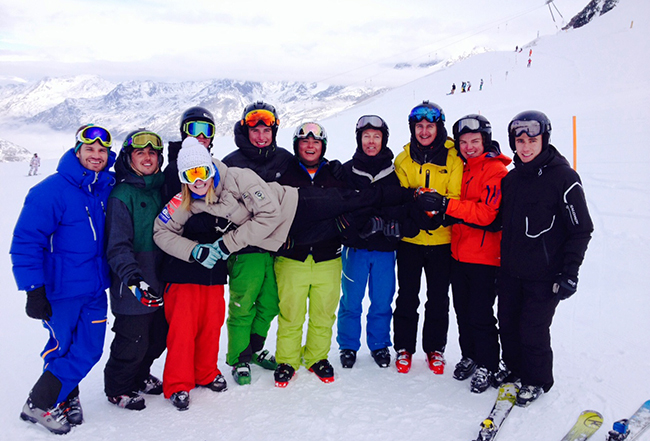 Emma has clearly been a hit with the boys!

Over the last week the snow has once again been dumping down in the Swiss Alps. Over a couple of days about 70cm fell all the way to the bottom of Saas Fee resort, which was very exciting as there is now enough snow for the pisteurs to extend the ski area all the way down past the edge of the glacier to the mid station. So spirits were definitely boosted as the ski area doubled in size for the Level 2. 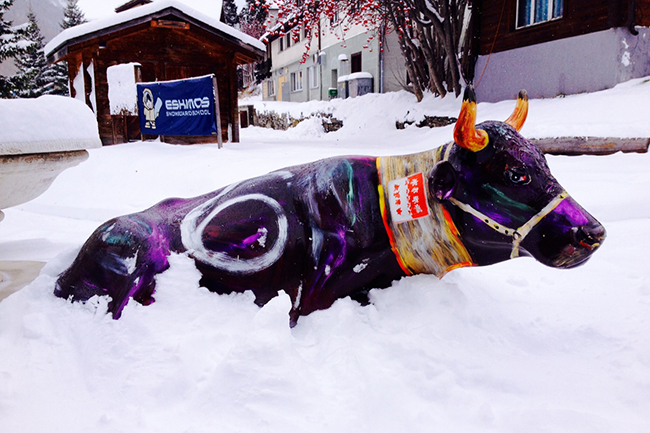 Even the local wildlife has enjoyed playing in the snow.

Some of the skiers were lucky enough to do a day of Giant Slalom with Lynn Sharp (BASI trainer and ex British Team Skier) from Target Ski. It was an awesome bluebird day, and it’s safe to say everyone who took part loved their first time through the gates. Some of the trainees did exceptionally well and were storming down the course by the end of the day. 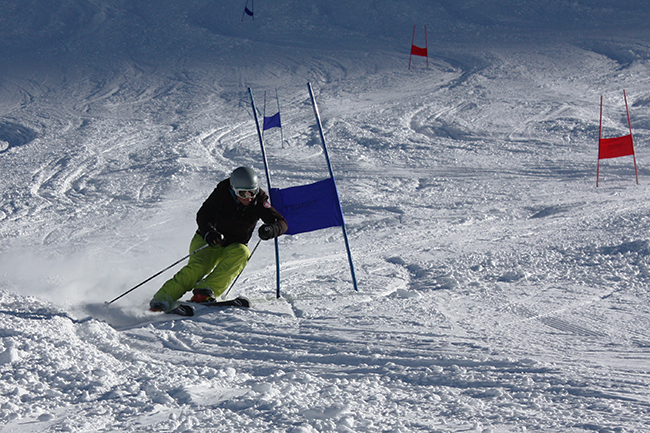 Peak Leaders trainees at the next Olympics?…….why not!

The biggest story from last week was the trainees making an Igloo in front of the hotel on Friday night, mainly as a plan to avoid spending too much time and money in the bars. Marty took charge of this mission and organised everyone into teams with an individual task and goal. Marty took like a duck to water at leading this survival task from all his years of experience as a Captain in the Marines. 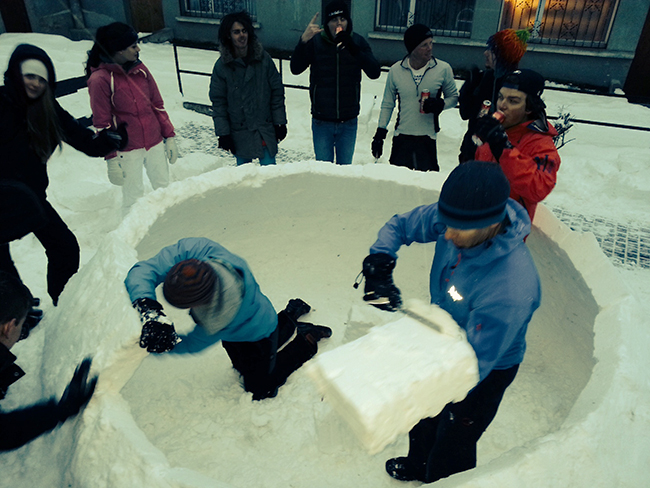 This looks very much like a two man job…….with lots of moral support.

– Collect snow and pile up into a ‘quarry’ and ‘work hardened’ by stomping it down with skis.

– After leaving the quarry snow to transform for about an hour it could then be cut into building blocks, using the wood saw and bread knife.

– The blocks then need to be ferried to the construction team who fine-tune them with the second bread knife before setting them into the classic ascending spiral.

– After the large capping block is carefully put in place the team cut themselves out to the cheers of the remainder of the group – a scene akin to the rescue of trapped Chilean miners.

– A small tunnel entrance should then be added and once the Igloo is packed with people, wine, beer, olives, cheese and other treats, a small party should ensue. 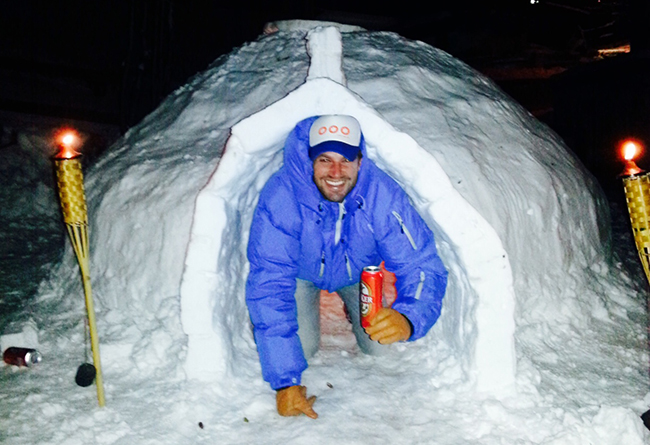 If the price of drinking in resort bars becomes too much……..build your own.

The Igloo was quite a hit with locals and passers-by and was almost considered as a little bar in its own right. After ‘chilling’ in the igloo for a while someone decided that beachwear would be a good idea, obviously…….. 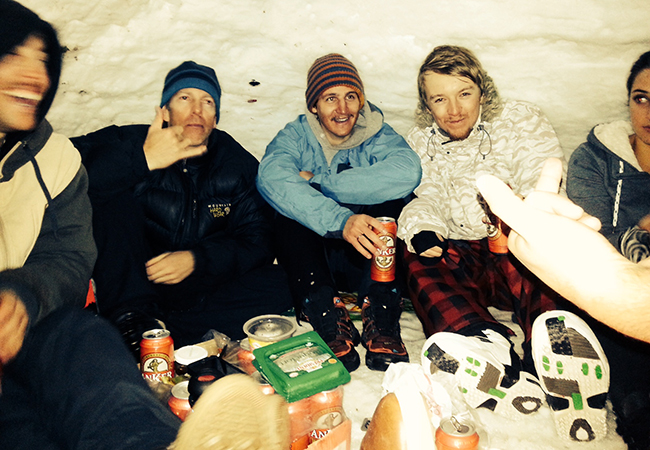 What you can’t see is the DJ, pole dancers, bar and Roulette tables

The BASI trainers arrived on Sunday evening, after they’d settled they briefed the groups and were all ready to go on Monday morning. Good luck to everyone on the Level 2 exam for the next couple of weeks!