Last week all of our trainees in Saas Fee took another toward becoming Snowsports instructors as they began their BASI Level 2 course/assessment. All of the guys and girls were very excited and eager to get started and once the course kicked-off were straight in to teaching in mock lessons. All of you skiers and snowboarders out there will be pleased to hear the snow has continued to ‘dump’ on the Alps all week. With so much snow the resort has opened the runs all the way down to the town, this is the first time during the course that we have been able to ride all the way home! Now that was a treat for Level 2!

Over the past week all of the trainees have remained very focused on their skiing or snowboarding and have been getting some early nights in, so that they are 100% fighting fit and can ‘perform’ during the day to the best of their ability. In BASI Level 2 the trainees are assessed in various different areas … long and short turns on piste, bumps, variables, steeps, and of course teaching. The BASI trainers aim is to help create a well-rounded and neat technical instructor who can go on and teach clients. 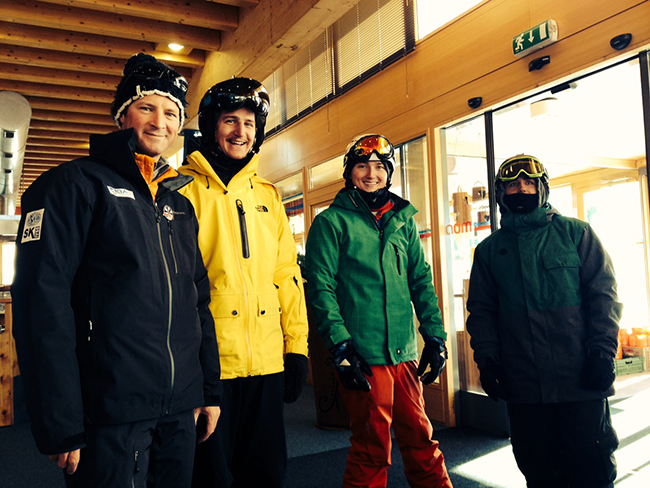 After a hardcore week of training the mountain was unfortunately closed on Friday due to high winds. As a result all of the groups had to get super adventurous and think outside the box for their lessons, which they ran on the snow-covered sports fields in the middle of town. This is the ultimate challenge for any instructor and is a perfectly realistic scenario for any instructor that works in a high Alpine resort.

Undeterred by the heavy snowfall the trainees decided that they would quite like to have a BBQ………living at altitude does strange things to people! So a few of the trainees organised the venue, food and beverages, which was obviously headed-up by our Royal Marine Captain. 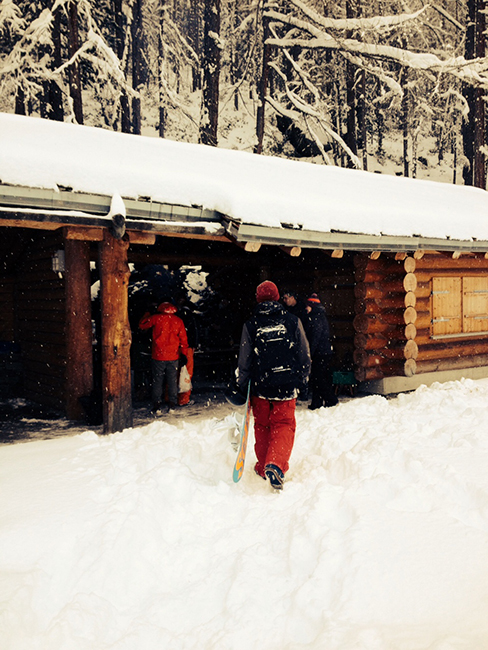 November in the Alps……the perfect time to have a BBQ

All our supplies were pulled up on lovely old fashion sledges to an open-walled hut on the side of the piste. With the open fire of the BBQ, awesome meet cooked by James, and great tunes supplied by our own resident DJ it was a great afternoon party! Especially for Steffans birthday we also organised some sparklers and fireworks! 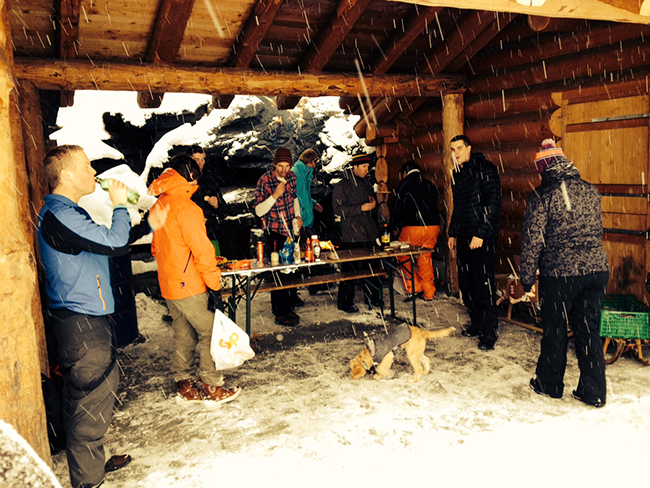 All Aussies take note, this is how real men BBQ!

The guys thought it important to give Emma’s dog a good send off before……dinner!

After it had snowed heavily all weekend everyone had the best day of the course on Monday, with 70cm of fresh powder to play and blast around in! The strand of Variables was certainly examined extensively in all that powder! There were some spectacular, and entertaining, big tumbles in the powder from Emlyn! There were a lot of smiley faces at dinner that night after an epic day on the mountain! A great way to start the second week of BASI Level 2 Course.

Good luck for the rest of the Level 2 guys! You will rock it!