During the last week in Saas Fee emotions were running high as BASI Level 2 came to an end for the Peak Leader Course. Soon enough the guys and girls would be on Cloud 9 after their massive achievement of officially becoming BASI Snowsports Instructors!

Saas Fee in early December is pretty hard to beat.

Fortunately the final week of the BASI Level 2 exam kicked off with a fresh dump of snow. The snow conditions couldn’t have been better for the technical performance week: hero snow and amazing grippy groomed pistes to demonstrate their magic!

Over the ten weeks of the course it’s amazing how the technical performance of the group has improved and transformed them into fine young(ish) instructors to go off and teach clients all over the world. They have been examined in many areas of their skiing or snowboarding in the Level 2; on piste, off piste, steeps, and bumps and of course the famous central theme, the frame work of all skiing.

To chill and calm everyone down during the BASI Level 2 the trainees were lucky enough to have another little magic show from infamous Rich! As the BASI trainers pointed out he has a rare but very useful skill to entertain kids at lunchtime up the mountain.

The celebrations were sky high on Friday night as everyone celebrated the end of their course and time in the amazing Park Hotel. After some champagne with Patrick and Jutta , the hotel owners, all of the trainees headed off in to town to party the night away! Of course the night was not complete without a special appearance from Emlyn and Marty dressed in their normal social female attire. 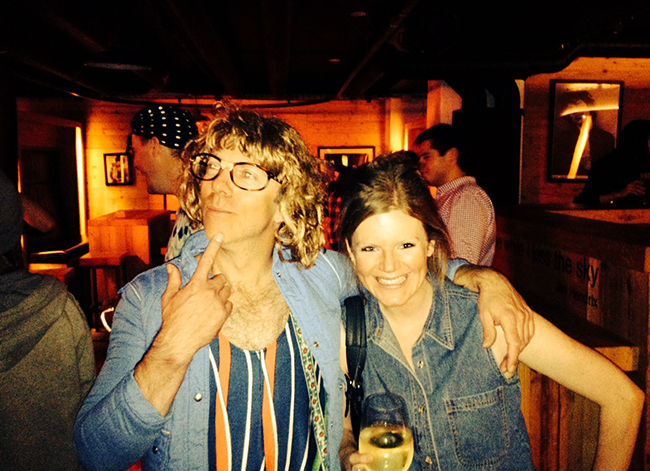 Emma gets all the girls

With BASI Level 2 done and dusted the group have all gone their separate ways for the winter season teaching in a variety of resorts across Europe. This pre –season course has a great reputation for securing people jobs for the season and this group have not let the side down … with everyone disappearing off to Zermatt, Verbier, Japan, Austria and Bulgaria. Have an awesome season everyone!