As if by magic, a day before the course in St Anton was due to start the whole of the Tyrol region was covered by a thick blanket of snow, the first substantial snowfall of the year. This proved the perfect welcome for the trainees, many of whom are at the start of a winter season as ski instructors! 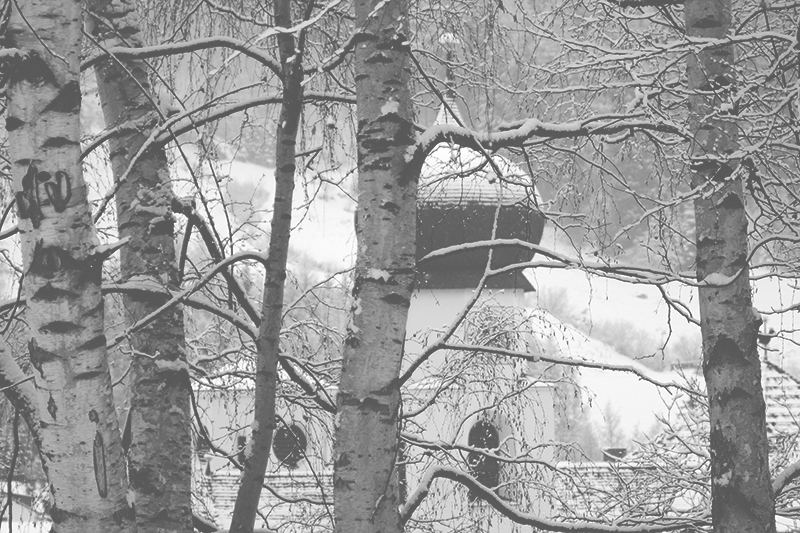 The majority of trainees arrived in St Anton on Friday afternoon. The first couple of days were fairly relaxed, with three hours of German lessons each day and the rest of the time was given to the guys and girls to familiarise themselves with their new surroundings…..and make the most of the free food and drink at the store opening parties which were happening across St Anton. 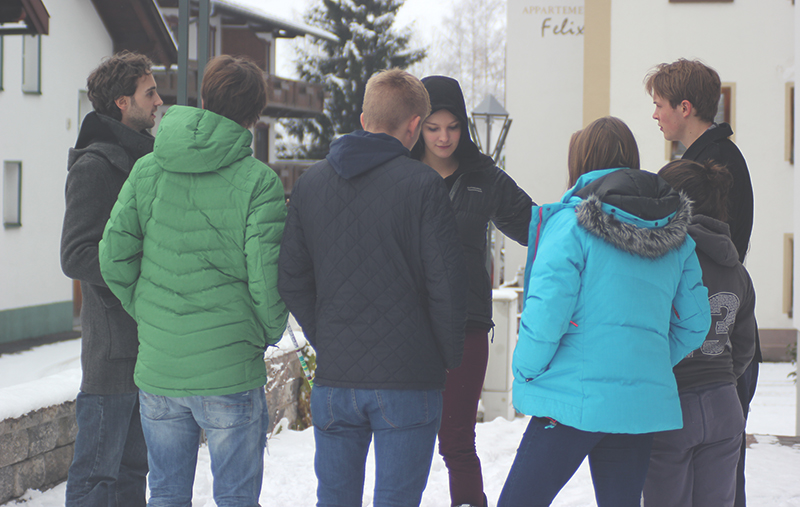 Learning German can be fun…….and cold

After a pretty relaxed weekend it was time for the team to put down their German vocabulary books, grab their skis and take a trip to the Kaunertal Glacier. Kaunertal is a world renowned glacial resort which always has some of the best snow conditions in Austria during the Autumn and Easter, due to its altitude and position in the Alps. Monday for the trainees was no exception! With fresh snow, cold temperatures and sunshine, Monday proved the perfect day for everyone to reacquaint themselves with their skis. After some easy blue runs the trainers (Fossi, Gerhard and Frank) were happy the groups ability and decided to test the group with some black runs. 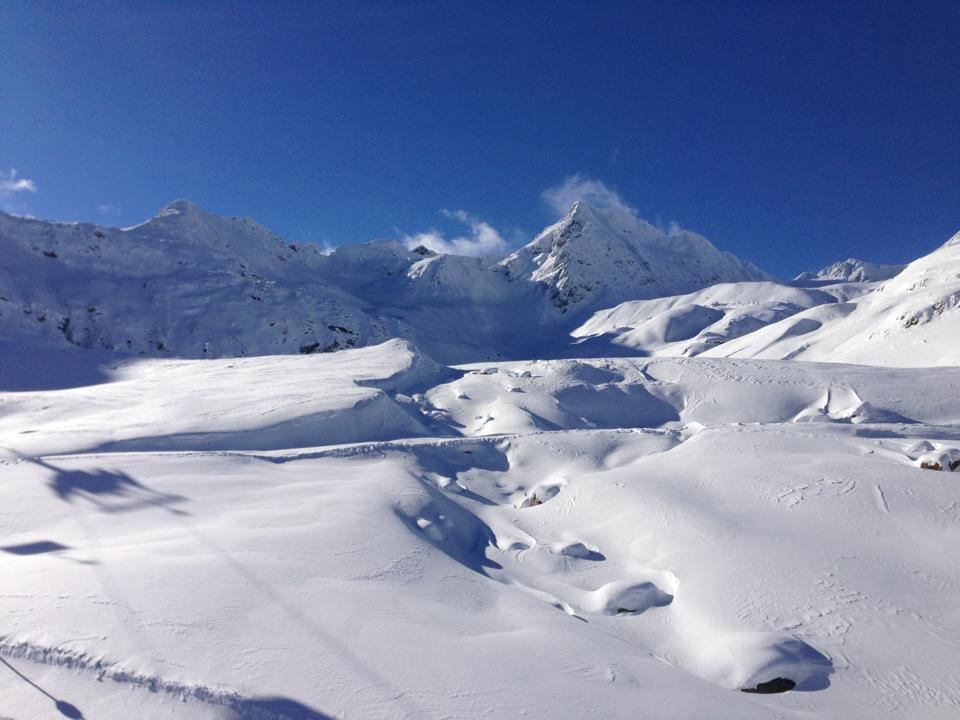 Following the visit to Kaunertal there were two more full days of German lessons back in St. Anton. These German lessons have been designed to help the trainees with their conversational German and to give them the necessary vocabulary to teach a Ski lesson and deal with any emergencies that may arise on the slopes. Trainees Mike and Rory have championed the saying: “Alles gut?” (All fine?) which is definitely the favourite saying at breakfast.

After a couple more days of focusing on their German the trainees were ‘chomping at the bit’ to get back on their skis. So Thursday, Friday and Saturday were spent training just an hour away at Ischgl-Samnaun. Ischgl is fantastic resort which tends to open a little earlier than St Anton due to its amazing snow-making facilities. Once again the trainees were treated to blue sky and great snow conditions. Nevertheless the guys are training for a ski instructor exam so these three days included a lot of hard work for everyone. During the training Fossi and his team work with the trainees on the very basics of skiing such as uphill walking, straight running and the snow ploughing. Although this sounds very easy the trainees have to demonstrate these perfectly, which can be a real challenge. 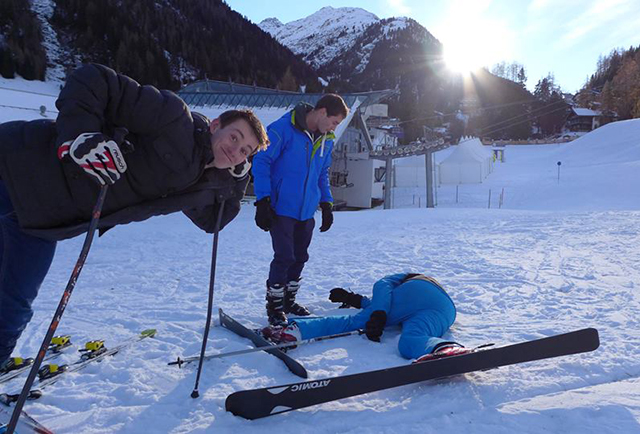 During their time at Ischgl every ski group took the opportunity to ride over the boarder to Switzerland, hitting the ‘duty free run’ from Austria into Switzerland. Fortunately this didn’t involve the purchase of perfume, alcohol, cigarettes or Toblerone. To test the snow conditions on both sides of the boarder Angus, one of two Kiwi’s on the course, attempted his signature half-backflip, fortunately there wasn’t much difference! 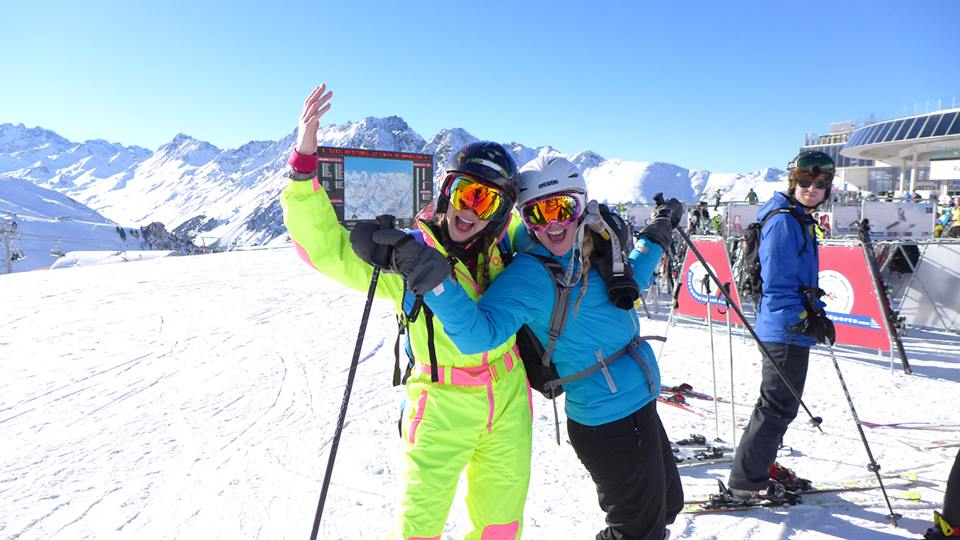 Emily, such a bright girl….

Despite the amazing ski conditions the week climaxed with the season opening concert at Ischgl, where Nickelback (that band that did that theme tune to a Spiderman film) played their greatest hits. In previous years Ischgl has played host to acts like Lionel Richie who kept the crowd going “all night long”…….see what I did there! Anyway, the concert came as welcome respite from a week of hard work and allowed the trainees to let their hair down. 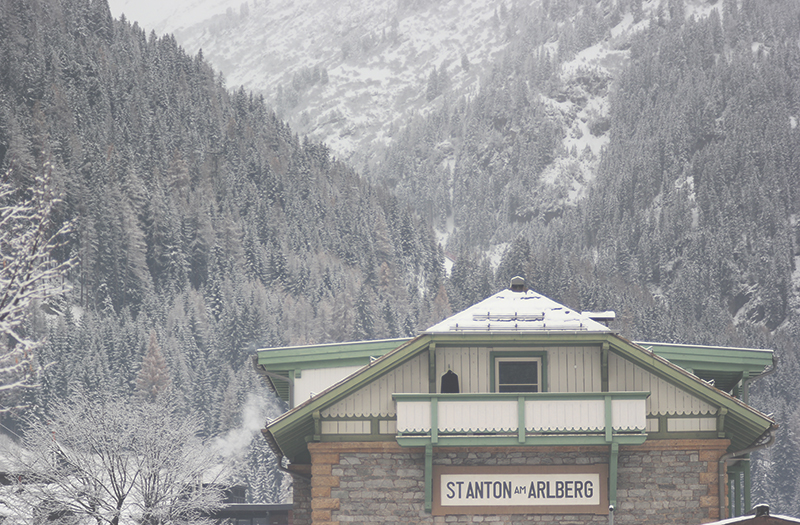