Our time spent skiing Ischgl proved that it wasn’t just a great party spot, limited to sunny, wide beginner runs. Thanks to a healthy amount of pre-season snow falling at the end of November, combined with the huge snow-making operation in Ischgl lots of the more-challenging runs were already open, and more importantly could be skied by the groups in the second week.

The trainees first insight into Ischgl’s legendary Aprés Ski, besides the madness of the resort opening party last week, was taken by Fossy and Franks’ group’s on the last day of training at Ischgl. After skiing they stumbled upon Ischgl’s version of the legendary ‘Mooserwirt’, which is Austria’s most famous Aprés Ski bar and is located in St Anton. Unsurprisingly the trainees, who genuinely had no idea what they were walking into, were greeted by a DJ who’s playlist was dedicated to showcasing Austrian Aprés Ski music. After a few uncomfortable minutes of complete bemusement, and a few beers down the hatch, some of the trainees strolled on to the floor to show their dancing skills. Unfortunately this raucous Austrian music stuck in the heads of many of the trainees, similarly to how a Katie Perry or Kylie Minogue track would, and consequently dominated much of the groups German conversations over the next couple of days! 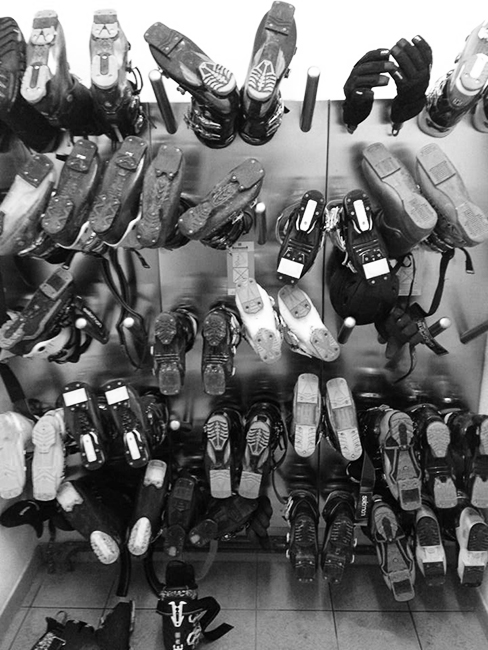 Over the past couple of weeks it appears that Snowsports Tirol have raised the level of  German that trainees must be able to speak during the Anwärter exam. As a consequence Peak Leaders ensured the German language teachers returned to St Anton for a couple more days. This time all of the language lessons took place outside in the Childrens learning area of  the Arlberg Ski School. It is always easier to learn a language if you are learning it in a relevant environment, using role-play proved really beneficial for all of the group.  By faking accidents, and other possible scenarios that might occur during a lesson, the trainees were able to relate the words and sentences need to visual props. Not only did these lessons massively improve the groups German but gave all of the trainees added confidence when standing in front of others talking German. 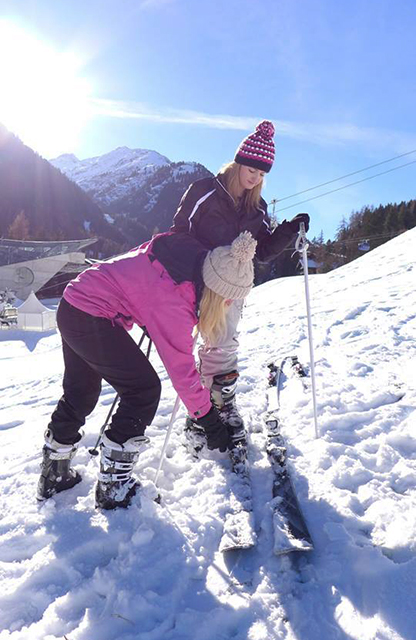 Learning the essential German for working as a ski instructor.

As if the German lessons weren’t terrifying enough there were some seriously scary-looking characters walking around on the evening of the 5th of December. This date marks the traditional Krampus day in St Anton. A dangerous time to be out on the streets as many of the locals dress up in ghoulish costumes, known as Krampuses, and hit everyone they can catch with wooden sticks……no matter the victims age. This is an incredibly old tradition that is instigated to make the winter ghosts be mild and gentle (which kind of contradicts  what everyone prays for today……lots of heavy snow storms!). The highlight of the evening was the coming together of all the Krampuses at 7pm. They then marched through the village shouting “run if you can!”……in German obviously. So as not to scare all of the tourists away there were lots of Gluvine stations positioned precariously through the village where the spectactors could top up on Dutch Courage! 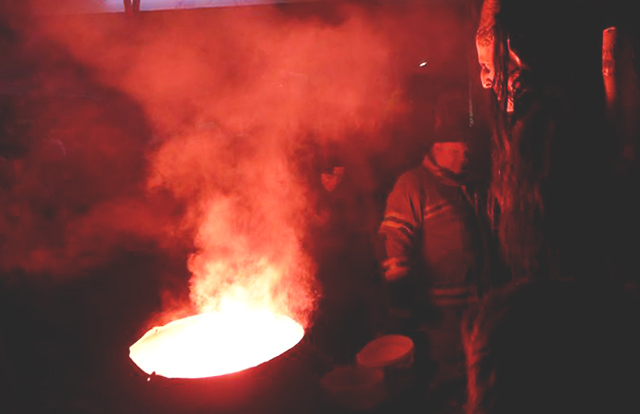 Friday marked the long expected opening of the ski area of St Anton (woohooo!). The trainees spent the next two days on the snow in their training groups revising everything they had learned and getting to know the area. It seemed as though the dreaded Krampuses hadn’t managed to scare the winter ghosts away as on Friday the trainees were battered by strong winds and heavy snow fall on Friday. Nevertheless, challenging conditions on the mountain helped to improve the groups’ skiing skills and getting up on the hill was undoubtedly “gut für die Gefühle!” (good for the feelings).