Last week all the new Peak Leader trainees landed in the world famous resort of Verbier, Switzerland! Full of excitement and enthusiasm they arrived at the chalet in ‘drips and drabs’ after what seemed for some a fairly eventful journey. One trainee ended-up taking another trainees flight, due to cancellations, which consequently left the other trainee without a flight for a few hours………you follow?!  Unfortunately for Max, the flight thief, karma hit home when his luggage didn’t turn up at Geneva Airport! 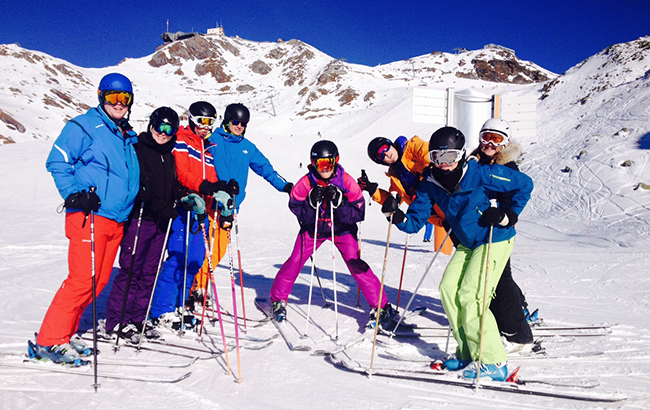 The crew for the next ten weeks!

Despite this little setback everyone arrived on Sunday, unsurprisingly all of the trainees were very eager to get skiing on Monday morning! On Monday the trainees got straight into training with legendary ES and Peak Leaders stalwart Emma Cairns. Fortunately for the guys and girls the whole mountain was covered in a blanket of snow and open all the way to the bottom of the resort. This has meant that the trainees have had a big training ground for the early part of the season. Following their first morning of training everyone made their way back to the chalet, a few brave souls attempted to take a short cut, which culminated in a cross-country route where they got a little lost in town….……much to their annoyance they didn’t stumble upon any pubs along the way, which is very unusual for Verbier! 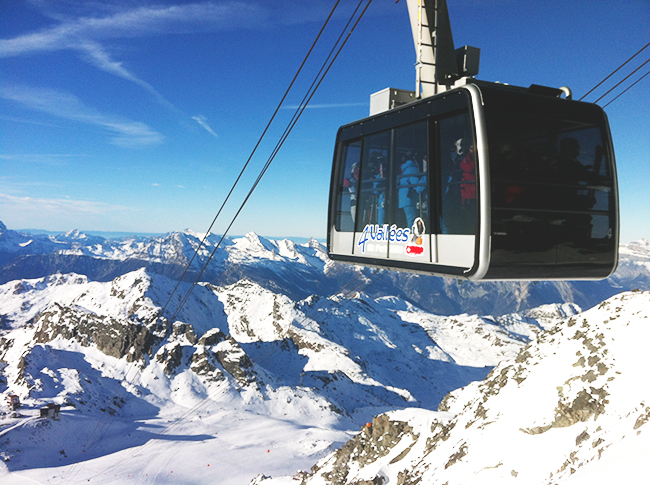 Verbier is officially open for the Winter

Everyone on this course dresses very smart, professional and possibly even stylish when skiing around the mountains, however there’s always one that lets the side down! It turns out that the main reason Max was so concerned with loosing his luggage was because his grandfather’s old purple/pink retro ski suit was in his bag! Max has proudly been showing it off in the sunny mountains to literally everyone! 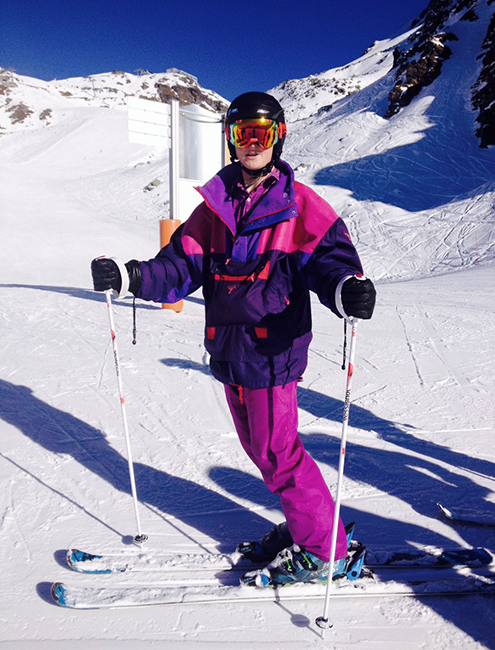 Max……..after climbing out of one of Verbier’s many ‘Hot Tub Time Machines’

As you’re probably aware Verbier is very famous for it’s nightlife……so you wouldn’t be surprised to hear that the trainees this year have dipped their toes. They all seemed to have bonded with the Altitude gappies who live in the chalet next door and as one big group have had a few nights out on the town dancing and drinking the night away.  The trainees were also lucky enough to have a few of the trainees from the recently finished Peak Leaders Saas Fee course come over and give a little advice and presentation on their experiences of their 10-week BASI course. After a few beers the old trainees had no problem giving their worldly advice about skiing! 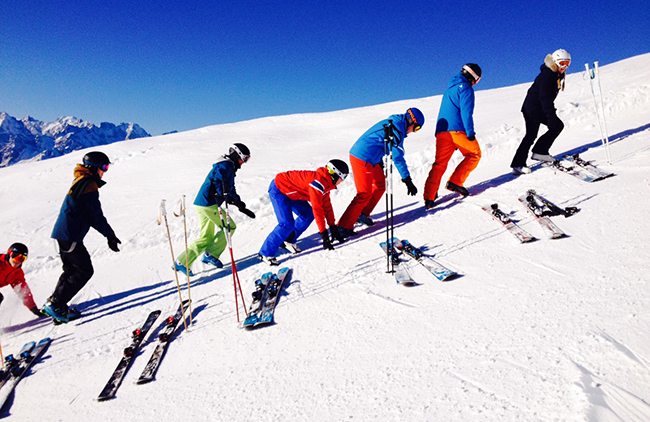 The first week of training has been great fun, with all of the trainees trying new drills and exercises that they had never attempted before. In particular the flat spin 360s were very comical, either falling over due to dizziness, or tripping over their poles. This week all the basics of skiing “The Fundamental Elements” were covered in preparation for their Level 1 BASI exam in a week’s time.

Next week the trainees are trying out some teaching sessions, working on their own technical skiing, and even trying yoga to help them become the athletes they aspire to be!