Have two weeks of the course really passed-by already? Time passes far too quickly out here!

So where as week 1 in Banff was all about shredding powder and bracing ourselves every morning for freezing cold conditions, week 2 was all about enjoying the sunshine and the immaculately pisted runs. The weather in Banff has been unseasonably warm for this time of the year (when I say warm, it’s been above -10 centigrade) which has meant the guys and girls have been able to focus on their skiing and snowboarding, rather than trying to stay warm!

Sunshine Village is an epic place to ski or board

It’s crazy to see how much everyone’s skiing or snowboarding has improved over the past week. All of the snowboarders are now looking like confident, experienced riders that can make their way down any piste and hit most of the jumps and boxes in the park. It’s rewarding to see them leaving pencil-thin carving lines in the snow. Jesse has massively improved both their confidence and technique and I can’t wait to see where their riding will be in another 9 weeks! 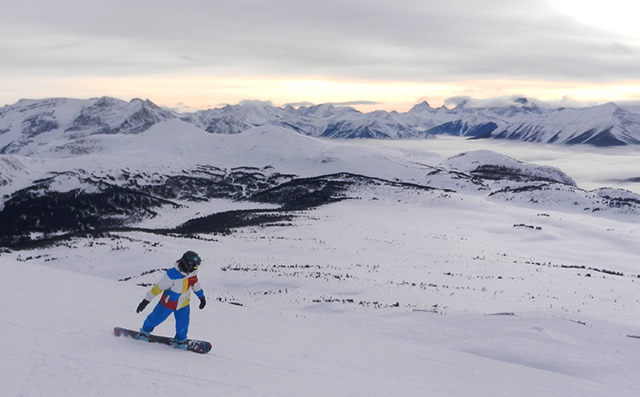 The skiers, under the coaching of Banff’s very own version of the Energizer Bunny, Kenji, have also made enormous improvements. Oscar is no longer skiing in such an effeminate manor and has added some power and precision to his skiing. The girls continue to impress Kenji with their technique and great posture and even Johanna: who is Swedish, lives in Switzerland and raced at school, and was consequently a pretty strong skier before the course, has made big changes to the way she skis……especially to the range of movements she is using.  Not one to draw attention to himself: James has been quietly honing his skills and is looking far more dynamic and aggressive every day. 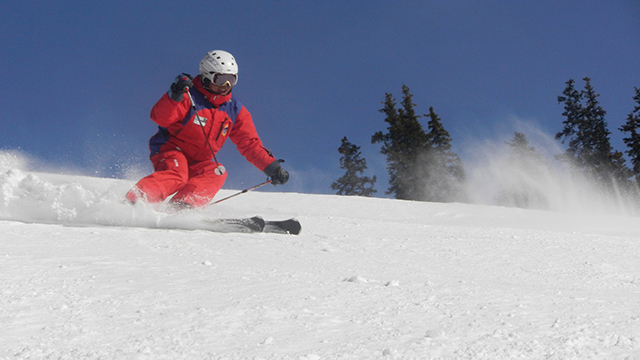 Kenji is one of the most dynamic skiers you’ll ever see. 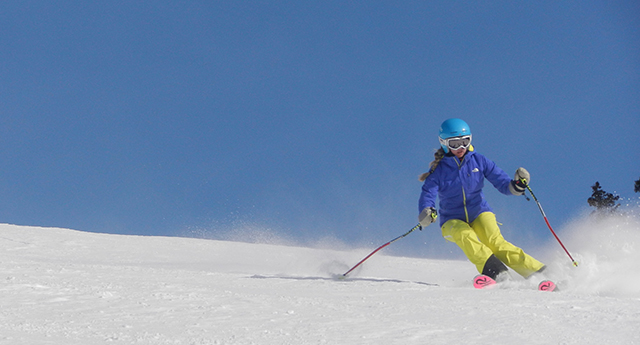 Besides skiing and snowboarding we’ve been fairly active around town. As usual the pub quiz was held in the middle of the week with James’s supremacy being challenged by the two blondies (Johanna and Izzy). Oscar was not as successful this week but definitely amused the crowds with some of his answers, and surprised them with his geographical knowledge.

The rest of the week involved a few training sessions in the gym, which everyone is using surprisingly regularly, and a couple of nights on the town. The first night that the guys and girls hit the town, if you don’t count Monday morning, was Friday evening. As a decision on what cuisine we should eat was divided a few of us hit the local Indian Restaurant for a slap-up meal and Sam and Henry hit Wild Bill’s Saloon for bar snacks and a few jugs of beer. In fairness the Indian Restaurant did a surprisingly good job and everyone enjoyed their meal, despite Leo ordering a Korma and getting what appeared to be a Madras, and Oscar ordering a Madras, which judging by Oscar’s red face and by the speed he necked Johanna’s Mango smoothie, was more like a Vindaloo. The rest of us were more than happy with our menu choice, even Elise and Johanna who were, for lack of a better word ‘bullied’ into coming. After the Indian restaurant we hit a couple more bars for a few drinks but left the real drinking to Henry and Sam at Wild Bill’s. Needless to say they also had a really enjoyable night and Henry demonstrated why he’s quite the heartbreaker! 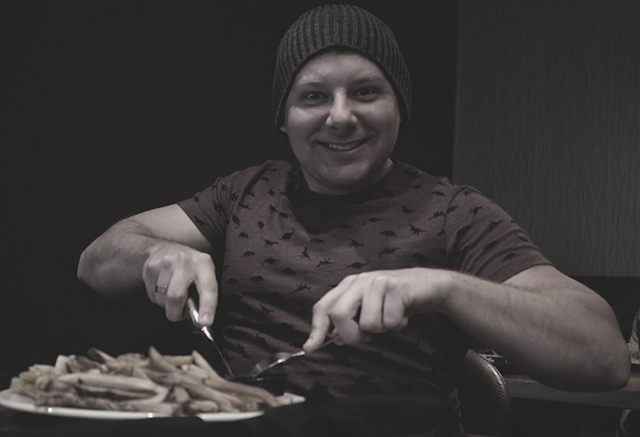 Over the weekend the guys and girls enjoyed the morning lie-ins and spent a good amount of time up on the mountain practicing what Kenji and Jesse had told them to work on. Nevertheless it’s been important for them to relax a little over the weekends and give their legs and feet a chance to recover. As usual Sunday night was the big social event of the week. In the afternoon we all walked a couple of miles to the Fairmont Banff Springs Hotel, which is on the other side of the river from downtown Banff. While at the Hotel we played a couple of games of Canadian 5-pin bowling, which took some getting used to. For those of you that haven’t played it: firstly the bowling ball is about the size of a Shot Put but nowhere near as heavy as a traditional bowling ball. As a result you have to be very gentle and precise, otherwise the ball ends-up in the lane adjacent to yours. Secondly there are only 5 bowling pins in the alley, which means you have to hit the centre pin slightly to the side or you don’t get a strike or spare. So despite an impressive start from Henry, who had previously confessed to being a talented/natural bowler, it was the ‘silent assassin’ James that came through to dominate the game and take the honours. Nice work mate!

After bowling it was time to hit the town and celebrate Australia Day with our Antipodean friends, who make up about 50% of Banff’s winter population. Instead of going to the Dancing Sasquatch like last week we played a few games of Pool at The Paddock  (not the ‘Padlock’ Leo) then went to Aurora for a beach party. Which as the name would suggest had lots of flashing lights, but despite a few beach balls was definitely missing the beach party themed decoration. As the loud music raged Oscar performed what can only be described as a Red Bull and Vodka fueled Macarena while everyone else watched on in awe, until the dance floor filled-up a little and it was time to drop some moves. Another great week with an awesome bunch of people! 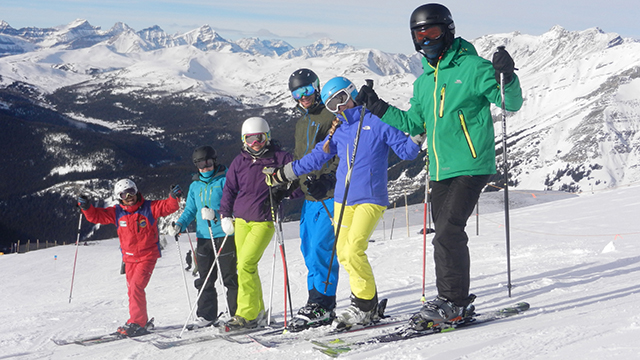