Last week was the second week of the Peak Leaders instructor course here in Morzine. Although the guys were just one week in to the course, week two marked the beginning of the BASI level 1 assessment…….fortunately they all rose to the challenge!. Right from the get go the trainees here are learning that in a mountain town to be successful you must be willing to improvise adapt and overcome. Well done team! 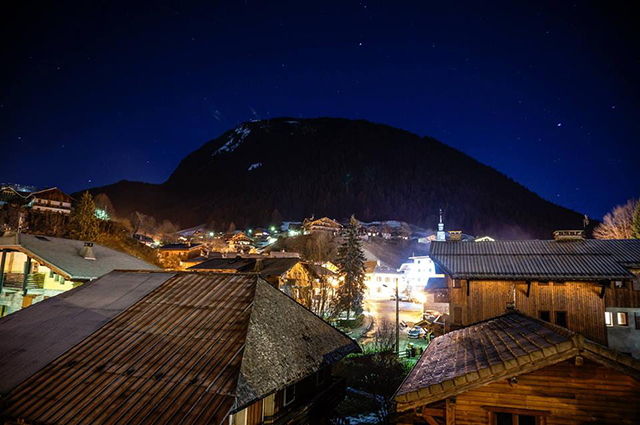 Morzine at night, taken from our apartments

Let’s work in a backward chronological order, for a minute, and start off with our whopping 100% pass rate for both the skiers and snowboarders on the BASI level 1 course. Everyone put in solid performances all round with great feedback from both the BASI ski and snowboard trainers. The Snowboarders were in the very capable hands of BASI trainer Rob Norton. Rob works out of Verbier  and has been involved in the snowsports industry for some time now, he knows what it takes to be a great instructor and used to train Peak Leaders trainees in Verbier. There’s no doubt that Rob worked our nine snowboarders to the max, which was definitely worthwhile as everyone qualified as a snowboard instructor at the end of the five days! 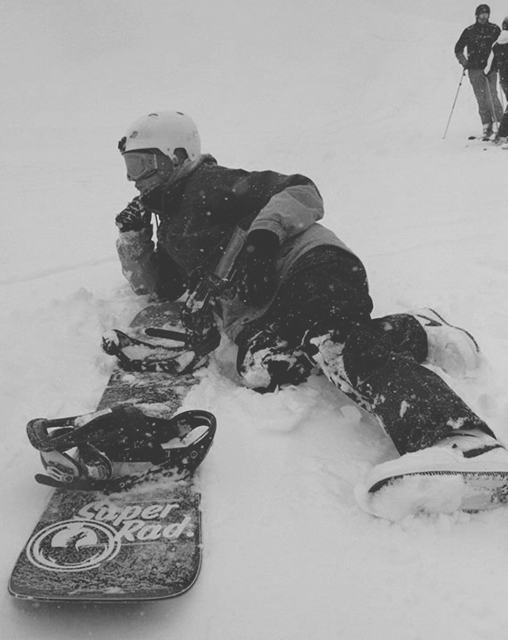 The skiers were placed in the very capable hands of James Crompton who is a bit of a local ace and trained our guys and girls last winter, for the majority of the course. James’s professional approach and keen eye for good instructor qualities kept our trainees on their toes for the week (or should I say skis!).

The guys not only had to do teach and demonstrate the central theme, as well as demonstrate a good level of technical skiing/snowboarding, but they also had to try their hand at acting. Alex, Charlie and Henry showing us that they’re more than happy playing the role of a 5-year old spoilt brat or a group of women on their Hen Party. Alex’s portrayal of a damsel in distress was chillingly realistic! 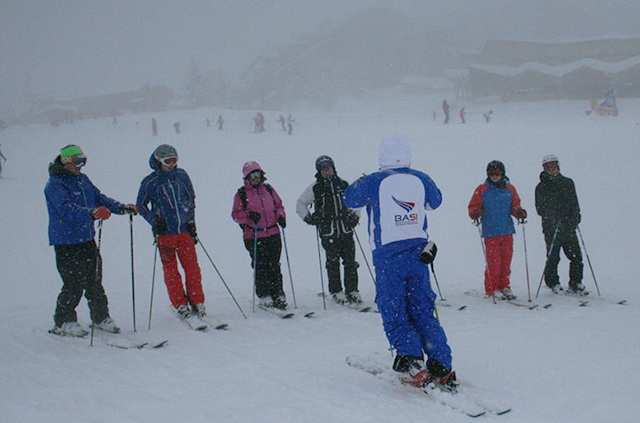 BASI Alpine coaches……not particularly conspicuous, even in a whiteout.

Fresh snow all week had the guys frothing at the chance get out on the hill and cut some lines. Mark in particular had a massive powder day on Friday. Even after a huge number of days riding, Mark rose from his bed at the crack of dawn to tackle the huge dump of snow and was rewarded with “one of the best days riding ever!”………which we like to hear. 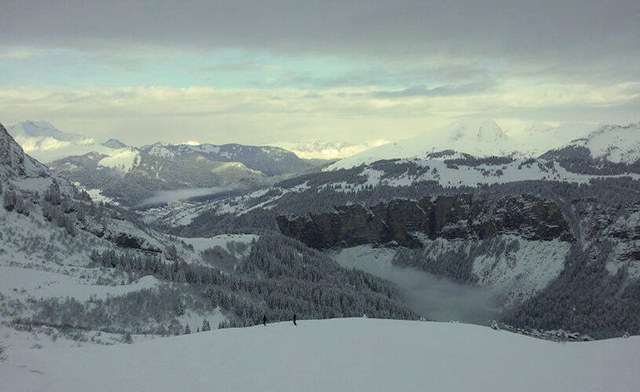 When the snow is like this the Portes Du Soleil takes some beating.

The conditions here in Morzine have massively improved with the regular dumps of fresh snow that have fallen over the past few days. The piste riding has been excellent with lovely side hits and great natural features developing all over the mountain. The only thing we need now is fresh legs!

After such a successful week a night on the town was in order. The crew was in fine form with an excellent night in Tibetan bar slap bang in the centre of town. Some of the guys even broke out what they rather blindly described as “breaking dancing” skills…….fortunately there were a couple of Irish gigs thrown in for good measure. 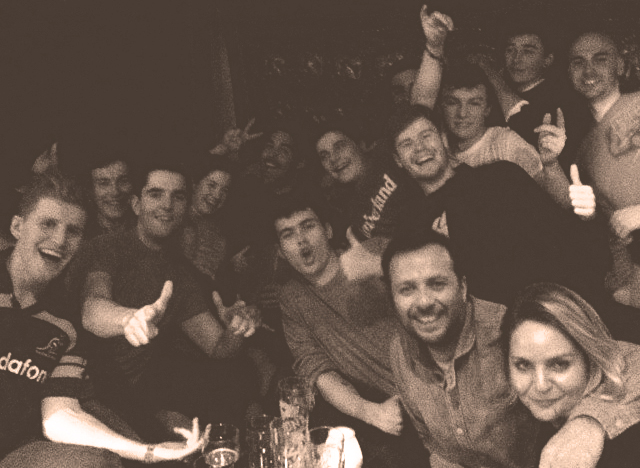 Shortly after this photo was taken an array of moves like ‘the Robot’ and ‘head spin’ were dropped on the floor.

So week 3 starts on Monday and the group is back with their Mint and BASS trainers to begin training for their level 2 exam, and shadowing. Although it promises to be a busy week the guys will have some free time to get in some personal shredding and enjoy the huge Portes du Soleil.

*Alex overacting his roles during the teaching assessments and really getting into the swing of each scenario and character!

*Charlie’s attempts at swooning the ladies are comical to say the least.

*The crazy dance floor moves being pulled by certain members of the group!