This week came as welcome respite from the blistering pace of the first two weeks of the course.

Following the BASI level 1 assessment both groups met their trainers for the next couple of weeks. Tammy, the founder of Mint Snowboarding and a total rock star, took the snowboarders. She made it her mission to discipline and make gentlemen of the boys, and most importantly to show them how to shred ‘Mint style’. Week 3 was a blast with the guys getting pushed really hard by Tammy on their technical riding ability. There was plenty of performance work on piste riding, as a consequence it was easy to spot the Peak Leaders crew from the chairlift, as they were all leaving beautifully carved turn lines in their wake.

BASS, the British Alpine Ski School, sent us one of their best, Mr Tom Hudson. The skiers spent their week “ripping around” as well as spending time in some technical clinics. The guys had such an intense first two weeks: training with Andy J then taking the BASI level 1, it was awesome to have a few days blasting around the mountain to let their hair down. At the end of the week the skiers did their Avalanche Awareness training, during this day they skied off-piste with a guide, skiing some beautiful powder, stopping regularly and being shown how to monitor avalanche conditions and how to use a transceiver, shovel and probe effectively. 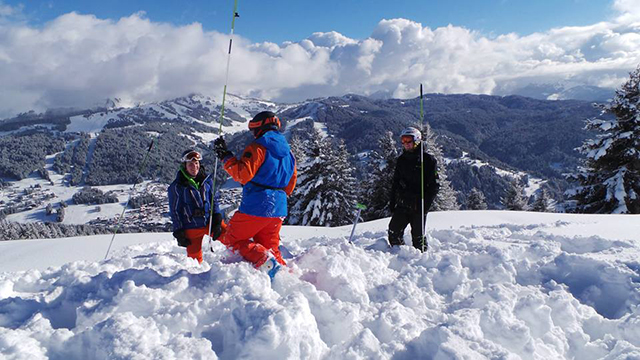 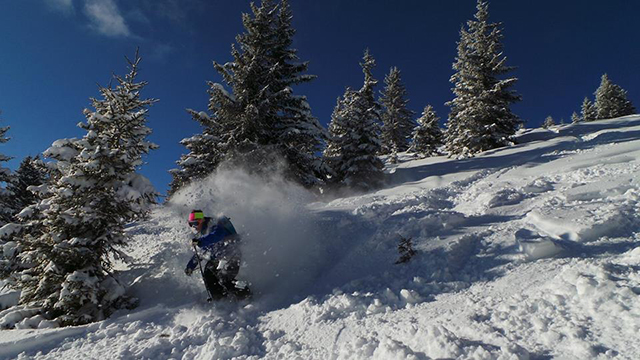 Being a Mountain Guide isn’t all hard work

As if the week wasn’t fun enough, BASS also sent Dave their freestyle machine to run a morning freestyle clinic with the skiers. The guys had an awesome day in the park hitting some of the bigger features and working on their ‘style points’. It’s a pity Dave couldn’t do anything about their ‘style points’ off the hill!!! 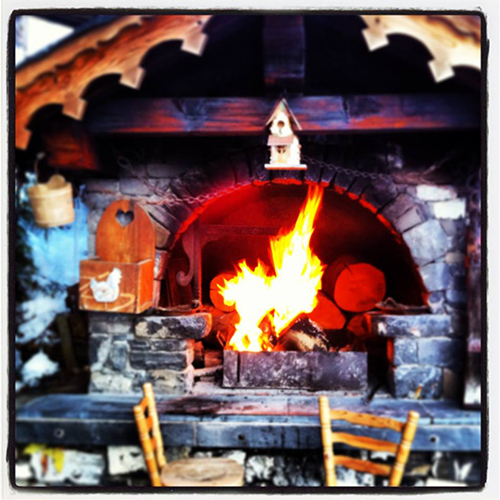 This week the guys were also introduced to instructor shadowing. During the week each of the trainees spent a day or two following experienced instructors from both Mint and BASS. Shadowing involves observing experienced instructors, watching how they instruct and manage a group effectively, and picking up any idiosyncrasies or little ‘short cuts’ that an instructor may have. Shadowing hours are vital for getting the group ready for their BASI level 2.

Even with training and shadowing going on there was still enough time left for the guys to do some free skiing/shredding. The fitness level of the group has jumped massively with them spending long days on the hill. With an increase in fitness, confidence and ability the group are starting to explore more and more of the amazing, sometimes challenging, terrain that the Portes du Soleil has to offer. On any given day you can either drop over into Switzerland or simply head a few valleys over into a completely different French resort with a completely different vibe. Or you can cruise the numerous terrain parks that Avoriaz has to offer! 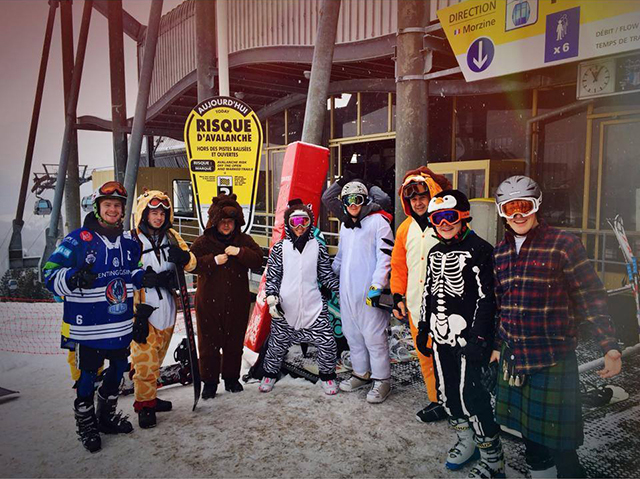 A video blog was on the cards this week so Mark, Alex and group leader Darragh took off into the mountains in search of “a shoot location” and unsurprisingly found themselves in the Burton Stash Park. The guys had great fun with plenty of blooper reals as giggling during filming proved a real problem. Nevertheless Mark and Alex pushed through like true professionals and have set a high standard for the rest of the trainees to follow. There’s always a career in TV (maybe) if the snowboard instructing doesn’t go to plan!

Aside from skiing, snowboarding, and knocking on Hollywood’s doors, Charlie’s birthday was a focal point of the week. We started off with an unusual pub quiz with unorthodox rules, which lead to bit of quiz carnage (Irish style). The group had a great laugh and invited some new friends along to get involved. It quickly became apparent that snowboarding was definitely a few of the trainee’s main strength, as their talents definitely didn’t lie in general knowledge Pub Quizzes. 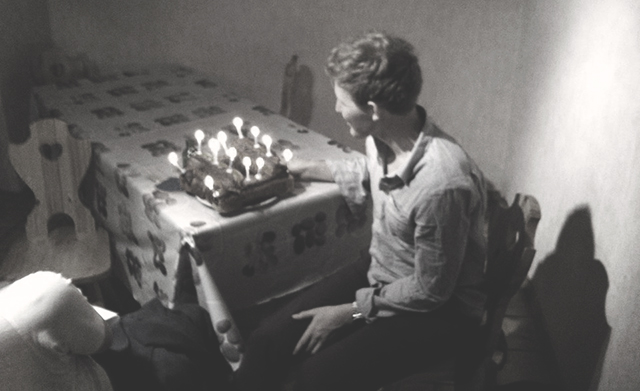 Charlie and his cake