On Monday morning of the seventh week in Verbier a minibus picked all of the trainees up by the chalet and the group made their way over to sunny Crans Montana for a day skiing, this was part of our Ski Safari. The drive through the local vineyards was quite a change of scenery, we even saw some palm trees on the way up! Perched on a sunny terrace above the Rhone Valley, Crans Montana’s peaks reach up to 3000m and are lined by the Pleine Morte Glacier. Unfortunately the sunny start to the New Year has made the snow on the pistes very compact and quite challenging to ski. Nevertheless, skiing hard conditions has undoubtedly improved the trainees’ skiing technique. After skiing around the resort for a couple of hours it became very apparent that there’s a reason why Crans Montana is one of the venues for the ladies World Cup Ski Tour: the runs are challenging and very very steep!

Following a fun day of training back in Verbier on Tuesday the guys and girls had race training with Emma Cairns from European Snosport on Wednesday morning. For all of the trainees it was their first time in the gates so Emma ‘broke them in’ easily and started with the basics. Flat light conditions made racing even more difficult and as a result all of the trainees were pushed outside their comfort zone. While race training the trainees had a chance to ski with some of the ES Academy members, some of whom are former Peak Leaders trainees. This gave everyone the opportunity to see the level expected when trying to complete the various BASI level 3 (ISIA) instructor exams. This basic introduction to Slalom has definitely encouraged some competition among the trainees, who regularly Ski Cross the last part of the run down from the Ruinettes list station to the Medran station. Seth is the current reigning champion but we’re not sure how long that will last.

Recently there has been a lot of talk about the current snowpack conditions. As future instructors it is not enough just hearing about this, we feel it’s important that all the trainees have a basic understanding of snowpack stability and avalanche safety. Graham, a mountain guide from one of the valleys in the 4 Valleys Ski Area took the group out for a day of avalanche awareness education. The day started with the group leaning to use a transceiver, they then looked at the basics of understanding snowpack and weather reports, and finally they practiced rescuing their fellow trainees in a simulated avalanche burial. Of course the day also included a few turns in some fesh pow! 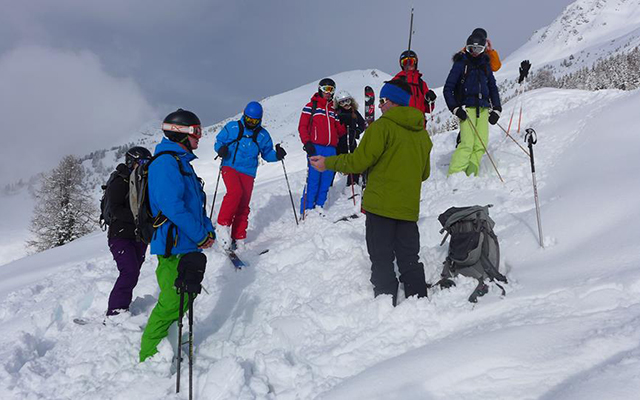 With dangerous conditions throughout European resorts over January, this information is priceless

The week ended with Jemma and Max having their BASI 1 reassessment. Congratulations must go to both of them for passing the assessment within the first hour! Of course this had to be celebrated so we all headed to Twin Peaks….until that night nobody knew that Jemma can actually yodel quite well.

Week eight was the last week of training before the BASI level 2 exams start. It’s important for the guys and girls to be well-rounded skiers so the week kicked-off with an afternoon freestyle session in the Verbier Park. Fortunately it was a beautiful day and the snow was fairly forgiving for freestyle specialist Johan to introduce the guys and girls boxes and park kickers for the first time. The main points that the trainees took from the session were: to progress safely and to be creative! In freestyle there are no limits and no rules, you can ski any feature whatever way you feel like. Another point was that the trainees needed to improve their balance when riding jumps and boxes. It was fantastic day and there were lots of spins being pulled and some nice attempts at sliding the box (which surprisingly for Seth was actually quite slippery). 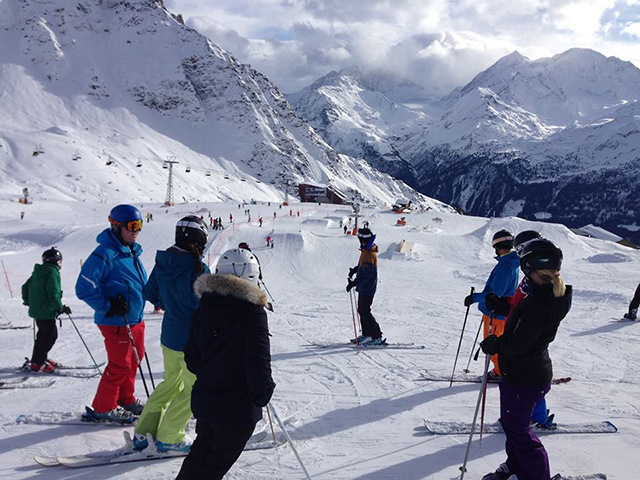 Lining up to hit the boxes

Now that’s how you do it!

As if an afternoon in park wasn’t enough excitement for the week, the beginning of the week brought along the second trip of our ski safari. This time we visited a small ski resort called ‘la Fouly’ which is located on the swiss side of the Mont Blanc Massif in La Ferret Valley. Even though this resort has just one chair and two T-bars it had one BIG plus: there was literally nobody else there so the trainees could focus on their drills on their own private mountain! After a long, affordable (compared to Verbier) and delicious lunch the runs became a little busier due to the local school kids having the afternoon of school……that’s the life! 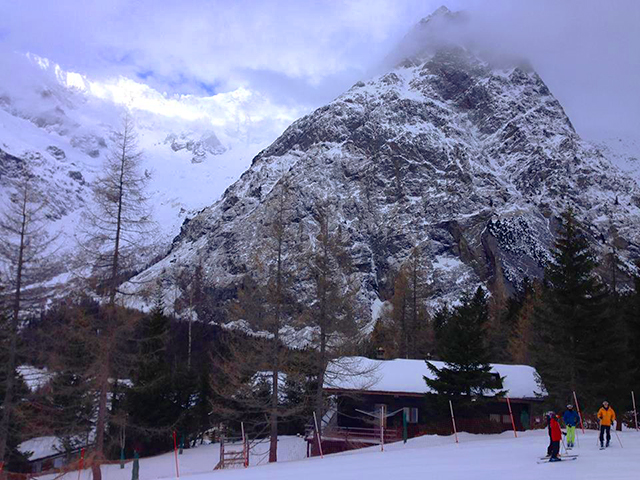 La Fouly is a hidden gem, a great place to get away from the crowds.

Even though most days were focused on fine-tuning the trainees’ technique, demonstration and teaching skills for the imminent BASI 2 there was of course still time for a beer or two in the Casbah and Mont Fort. One of the week’s most memorable moments was definitely on Thursday night when we had a midnight visit from “Peter the Swede”. Poor Peter, in his inebriated state, could not for the life of him remember the house number in which of the neighbouring chalets he was staying at. So he decided to stay al little bit in chalet Turbon. Fortunately the trainees here are a social bunch so they kept him entertained for a while, which provided some good laughs. In the end he had to leave and play Russian Roulette with a few doorbells.

At the end of the week there was a big day for those trainees that are aiming to work for European Snowsport after the course. On Saturday there was the opportunity to ski around the resort with Julian Griffiths (head honcho at ES) and to have a 1:1 interview with him. This interview had to go down as one of the most enjoyable and relaxed interviews to ever take-place, one that the guys and girls on the course will always look upon as the best job interview they ever had! In the end the interview involved some fresh powder turns then a few games of table football with Julian on the top of the Ruinettes lift!

An interview with a view!

To finish up the guys training before the beginning of the BASI level 2 head trainer Emma Cairns took the group down the legendary Tortin bumps, where the group were richly rewarded with a tasty burger. From Monday morning on the guys and girls will be putting everything they’ve learnt over the past 8 weeks into practice. Good luck with the BASI 2 team! 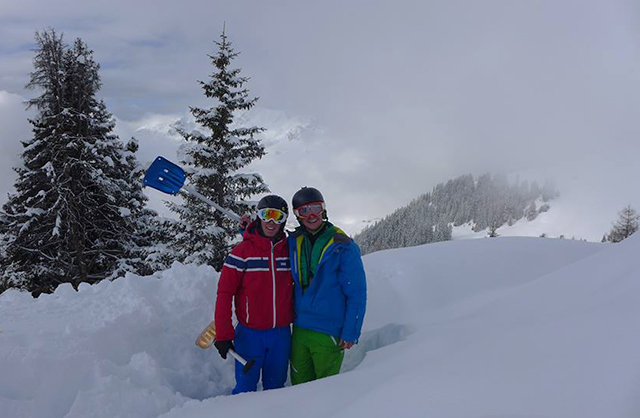