Last week was another ‘banger’ (meaning it was good) in Banff. Yet again we had beautifully clear days up at Sunshine Village and on a couple of evenings we even had a dusting of snow, which definitely helped improve conditions. Unsurprisingly, as the week continued the temperatures started to drop and by the end of the week even the locals were saying that the weather was cold……which means it was bloomin’ freezing (-25). At this time of year you can expect temperatures regularly lower than the temperature you have your freezer set at. 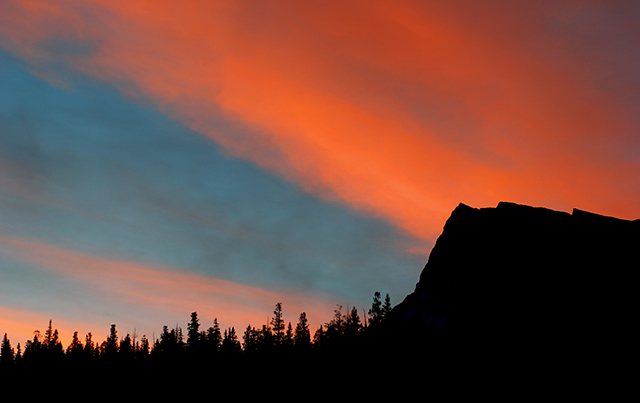 Don’t be fooled by the warm orange glow out there……it’s freeeeeeeezing!

So, despite the temperatures falling the trainees battled the frigid temperatures, and occasional traces of frostnip, and spent last week perfecting their turns and polishing their newfound skills. Once again both Kenji and Jesse have done a fantastic job with the trainees who are becoming more and more confident about the fast-approaching CSIA/CASI level 1 assessment. Kenji also spent an evening in the gym with his trainees giving them exercises that they could work on. With 20 years of instructing/training under his belt it’s easy to see how all of the skiers have improved so much in such a short space of time. 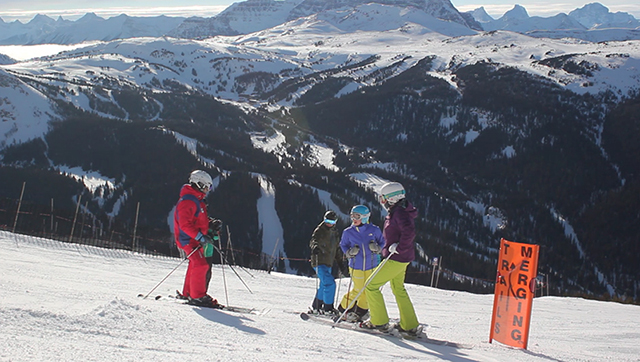 Another beautiful day up at Sunshine Village for the skiers. 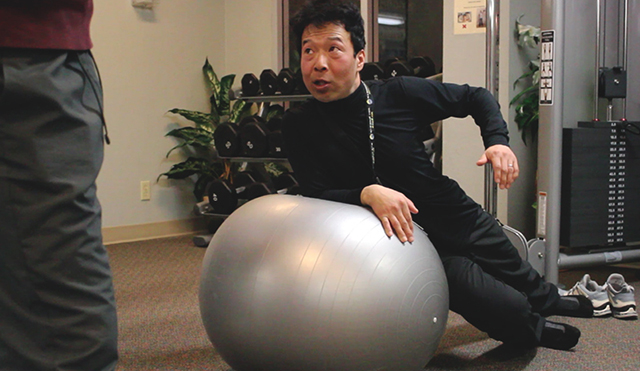 There’s not much this guy can’t do on a balance ball…..ninja skills

Away from the slopes the guys and girls have had another busy week. On Tuesday evening we visited Soul Sports, the local boot-fitting expert, and the trainees had their ski boots looked at and adjusted. Unfortunately poor old Oscar had been skiing around in what he now refers to as “Iron Man boots”, a pair of boots he bought at a Decathlon Shop from a shop assistant who clearly knew nothing about fitting ski boots. We knew Oscar had been struggling with his boots but it wasn’t until Jnr at Soul Sports took a look at Oscar’s boots that we discovered they were two sizes too large. The difference that the new boots have made to Oscar’s skiing is unbelievable!

On Wednesday evening we had our usual Pub Quiz, which as usual was won by James. James’ nickname ‘The Silent Assassin’ is starting to gather some serious momentum, as this guy is: a machine on the 5-pin bowling alley, an absolute hustler on the Pool table, and a certified Mastermind at the Pub Quiz. All we need for the next quiz is a big black chair, some serious sounding music, and a spotlight. 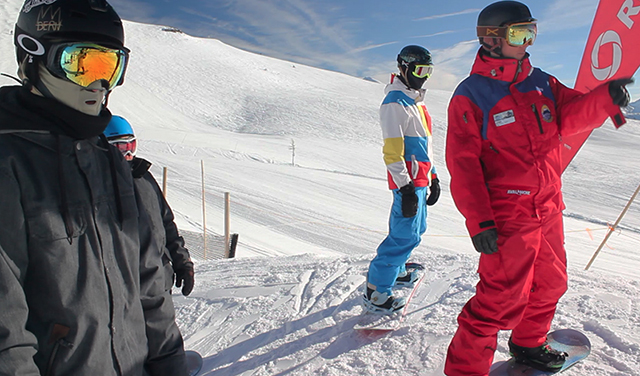 Getting ready to drop-in on the kicker line

Following a busy week on and off the hill a few of the trainees and course leader Tom (me) headed to The Magpie & Stump, on Friday night, for mucho cerveza’s and Mexican food…..which was amazing! It’s fair to say that the Silent Assassin doesn’t have ninja food-choosing skills and had to sit and watch Henry and myself demolish what can only be described as the best-looking Burrito on the planet! Following our meal we had a nice quiet beer in one of the local hotspots then headed home, leaving Elise, Oscar, Leo and Izzy to party into the night.

The following day was an opportunity for the guys to catch up on some R&R. After some delicious Greek Fast Food (yes it does exist) at Barpa Bill’s we took the bus to the Banff Hot Springs.  On arrival the guys were a little surprised that the Hot Springs was a normal looking swimming pool, I think they were expecting Onsen rock pools with monkeys sat on the side grooming one another. Anyway, despite the initial disappointment I managed to persuade them that it was a good idea. Banff became a famous tourist destination due to the Hot Pools, which were discovered by railway workers, and although they look like an every day swimming pool the water is from deep in the Earth’s crust and carries all sorts of vitamins and minerals in it…….as well as being at a very cosy 39 degrees centigrade. After being sat in the pool for an unadvisable period of 30 minutes it became increasingly more and more difficult to leave, despite Oscar and Sam referring to it as “a Hippo mating pool”……real nice lads. That night the girls got an early night and the boys went to the Bear Pit, which is a bar underneath the Inns of Banff, which resembles a nuclear bunker or the secret hideaway of a Bond Villain. Anyway, despite Goldfinger and Dr No working behind the bar, they cooked up some amazing Pizza’s so we stuffed our faces, played pool and listened to some live music. 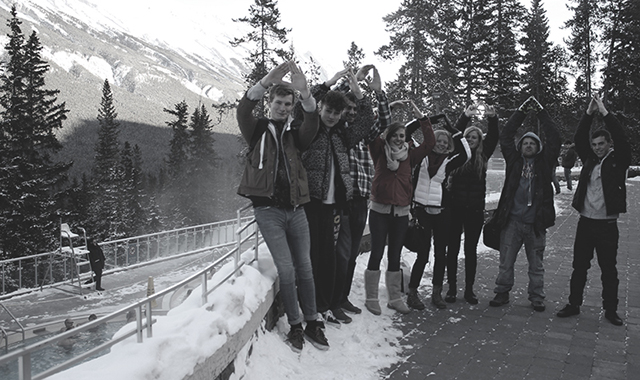 The trainees at the Banff Hot Springs 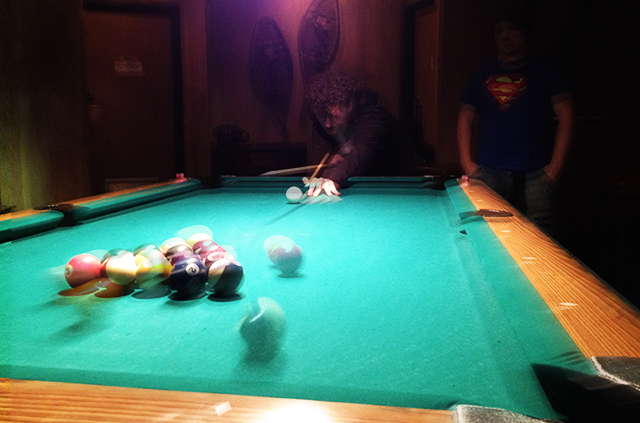 On Sunday the temperatures plummeted to well below -20 degrees centigrade. As a result only the bravest of the trainees hit the mountain for some practice, which happened to be the girls! In the afternoon it was Super Bowl time and due to Canada’s fascination with US sports it was kind of a BIG deal. So some of the more cynical of us watched the game from the comfort of the hotel bar while some of the more enthusiastic headed to Wild Bill’s for cheap beer, unlimited Chilli Dogs and a large mechanical Bull. It was good to hear that the girls returned to dinner at the hotel with no firmer an understanding of how the game is actually played.

Have a look at the latest video blog (below) to see everything I’ve just described in beautiful 720 HD…..maybe I should have mentioned that at the start!