Week four in Banff was all about the trainees making the final preparations for their CSIA/CASI level 1 assessment. Unsurprisingly the weather was very cold, with temperatures regularly touching -30 degrees centigrade, which can cause a few problems for the lifties who struggle to get the lifts open in time. In fairness the trainees were more than happy to stay in the base lodge a little longer with a cup of coffee. 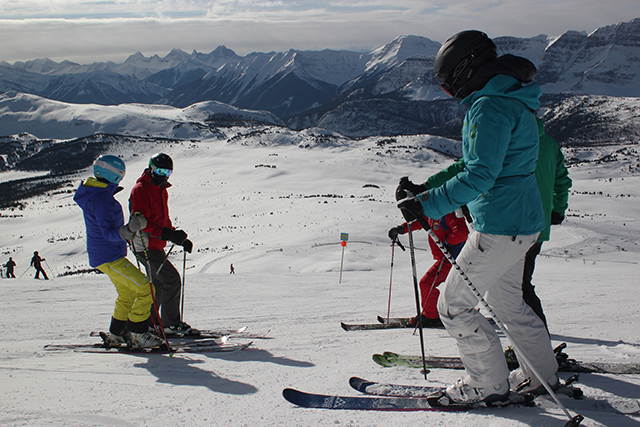 If you’ve never been to Banff then you’ve never experienced ‘real cold’, at these temperatures you have to keep all of your skin covered to prevent getting frostnip and possibly frostbite……not much fun. The temperatures can stay seriously low for weeks-on-end which makes skiing or snowboarding more tiring and makes going to the bars in the evening a little less appealing. But, as you know, every cloud has a silver lining and for us that means fantastic snow conditions, despite no fresh snowfall for the past couple of weeks. 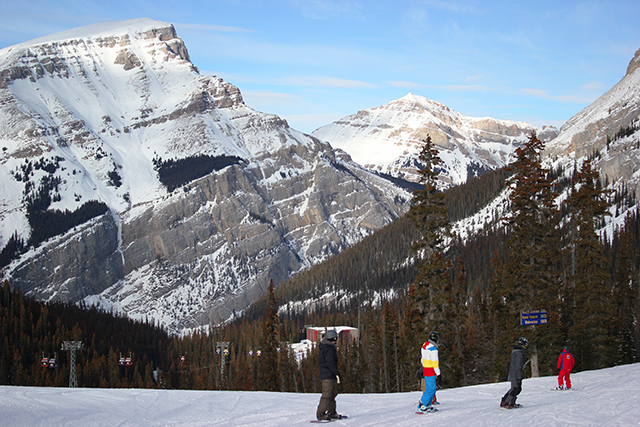 So what have the guys and girls been up to? In the absence of main snowboard trainer Jesse, the snowboarders have spent time training with self-proclaimed Guitar Hero Glen. Glen, who isn’t known at Sunshine Village Ski School for his ‘softly softly’ approach, worked with Sam, Leo and Henry on the teaching side of the curriculum, giving them tonnes of pointers and ironing out any remaining bad habits in their riding. As always there was plenty of the time for the guys to do a few laps in the park, in between training runs, and it’s great to see that their freestyle riding has really developed over the past week. 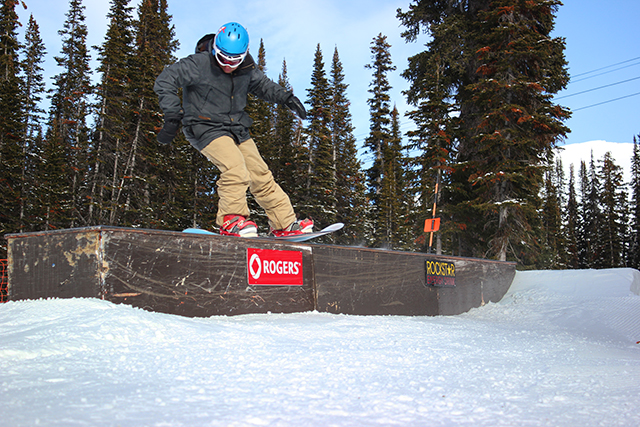 Sam with a tasty nosepress in the Wolverine Park

As always the skiers have been ridiculously busy chasing the relentless Kenji around the mountain……keeping up with those guys with a camera is an absolute nightmare! As another week passes they are all looking a lot stronger on their skis and Kenji has no doubt that they’re all ready for their CSIA level 1 in a week’s time. I think you’ll see from the next couple of photos that Kenji has worked wonders on all of the trainees’ style and technique. 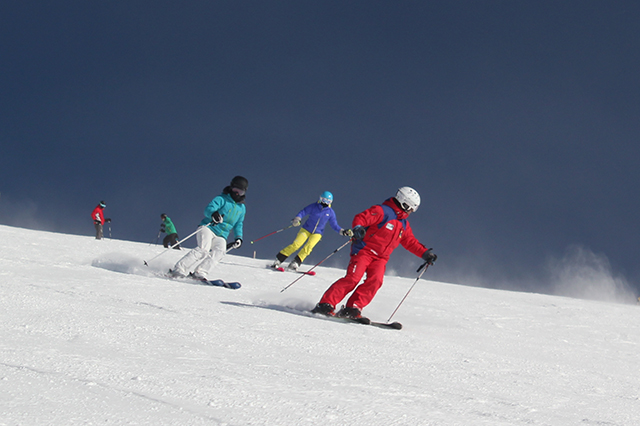 The girls doing some synchronised skiing with Sensei Kenji 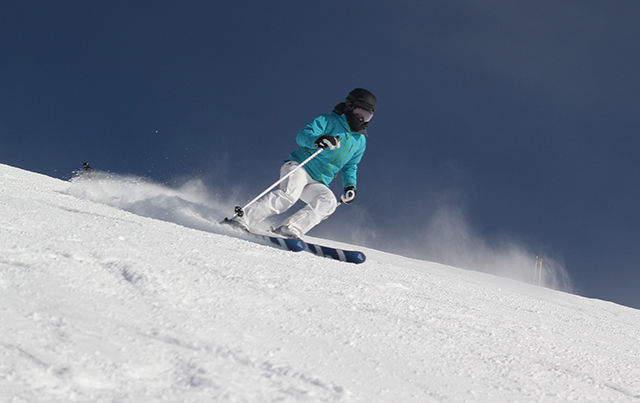 Izzy…..living life on the edge

As some of the trainees were starting to feel a little exhausted, due to the busy training schedule and cold temperatures, it was decided that the weekend would be a very relaxed affair. Rather than hitting the town and filling the day with activities we all spent an extra few hours in bed and made the most of the hotel’s DVD collection…….and Don Balbuena managed to fit in one of his weekly epic ‘Sopranos’ series sessions. On Sunday evening we held the weekly pub quiz where James’s reign at the top ended with a surprise victory by Izzy, Elise and Rachel. As Rachel put it “I was alright at the geography questions, Izzy was good at the random trivia that Elise and I didn’t know……and Elise’s knowledge of terrible music was incredible”. Well done girls, looks like James has some competition on his hands!

Next week the guys and girls sit their 3-day level 1 assessment and then go Cat-Skiing/Boarding at Fortress Mountain (where they filmed the snow scenes of the film Inception)…….fingers crossed they all pass and the snow starts falling again!